Prostitution, drugs and living life on the Trail 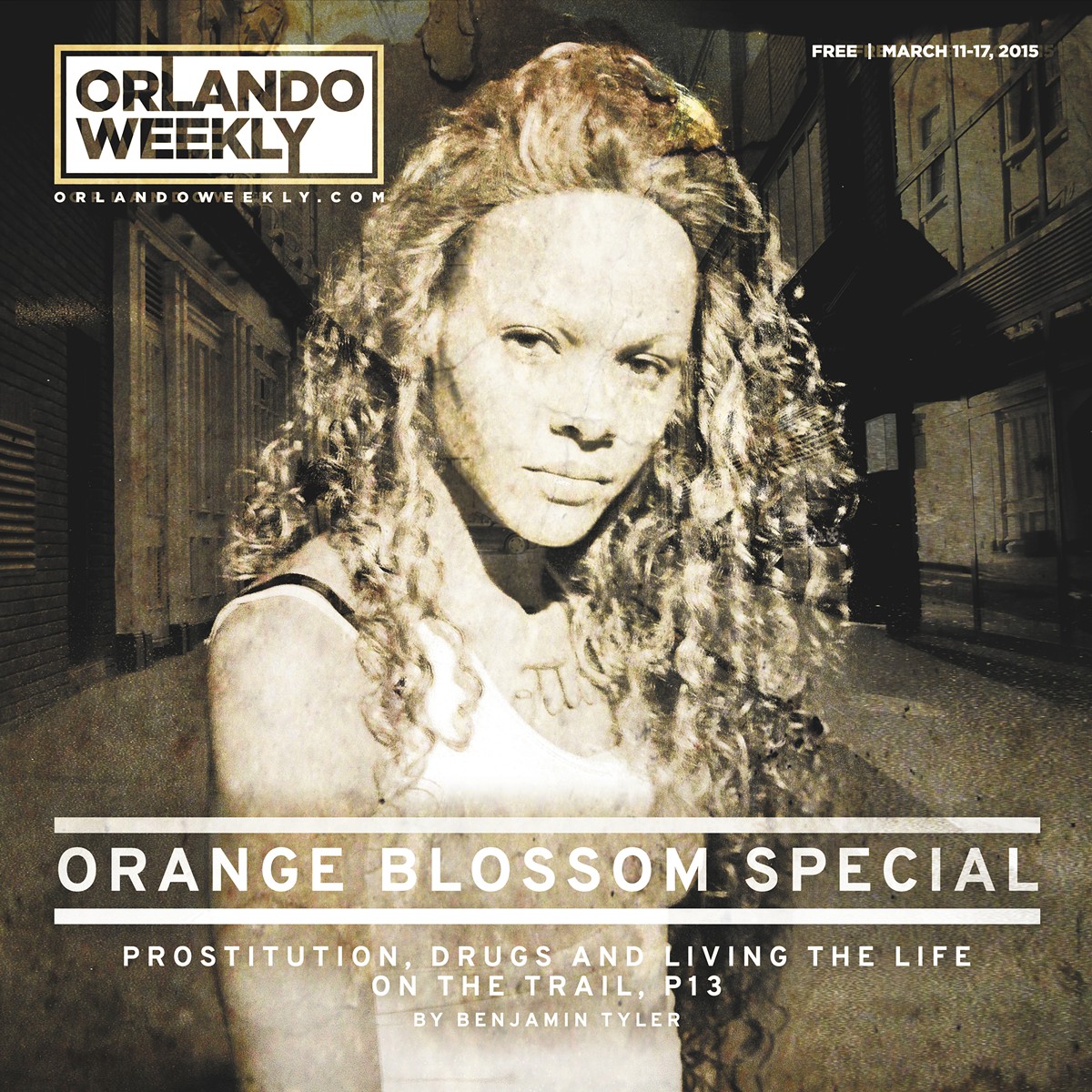 Shalesa has the kind of beauty that comes effortlessly. She's got long dark hair, big brown eyes and a smile that draws people in.

"People tell me all the time that I'm too pretty to be out here doing this," she says during one of her nights out working Orange Blossom Trail. "But if that was true, I wouldn't be here."

As we walk through one of the most dangerous Orlando neighborhoods in the middle of the night, she makes jokes and tells me about the area.

In another life, her warmth and easy beauty might have crowned her homecoming queen or made her a PTA president, but here on Orange Blossom Trail, they serve another purpose. They bring in clients – strange men looking for sex.

On this night, Shalesa looks tired, but not the kind of tired you'd think – it's the look of a woman who's had a long night, and nothing more. Her exhaustion doesn't betray her 10-year addiction to crack cocaine, or the fact that she sells her body at night. When asked whether she's high, she smiles slightly and replies, "No, but I will be soon enough."

For the last seven years, Orlando's roughly seven-mile section of U.S. Highway 441 – aka Orange Blossom Trail or simply the Trail or OBT – has fueled her addiction. The 900-mile roadway, which you can follow from Rocky Top, Tennessee, all the way down to Miami, takes a decidedly seedy turn on its pass through Orlando, where it's known as a place where you can find a handful of strip clubs, cut-rate motels, prostitutes and drugs. For Shalesa, it has provided easy access to her drug of choice, as well as a consistent flow of clients happy to provide quick cash in exchange for sex. Shalesa's world revolves around a dilapidated crack house just one block off the main drag. The house offers a reliable source of drugs as well as a place to bring clients.

Orange Blossom Trail has a long, turbulent history with prostitution and the sex trade. At its peak in the late '70s, OBT was flooded with adult-entertainment businesses. Back then, the laws were lenient and enforcement sparse, but by the end of the decade, things were beginning to change. The county shut down peep shows and passed a law limiting nudity at clubs. Enforcement on the Trail increased, and massage parlors that were open late into the evening suddenly found themselves heavily scrutinized by police.

As a result of the crackdowns, many businesses moved away or closed their doors, but the sex trade never left the Trail. Instead, it went underground, swapping storefront windows for the streets and the Internet – places much harder for police to patrol. Whether it's for sex or drugs, OBT is still widely known as the easiest place to get your fix. According to the Orlando Police Department, as many as 75 percent of the prostitution arrests in Orange County are made along Orange Blossom Trail. And the street is often named in conjunction with busts made for human trafficking, drug dealing and the sex trade. 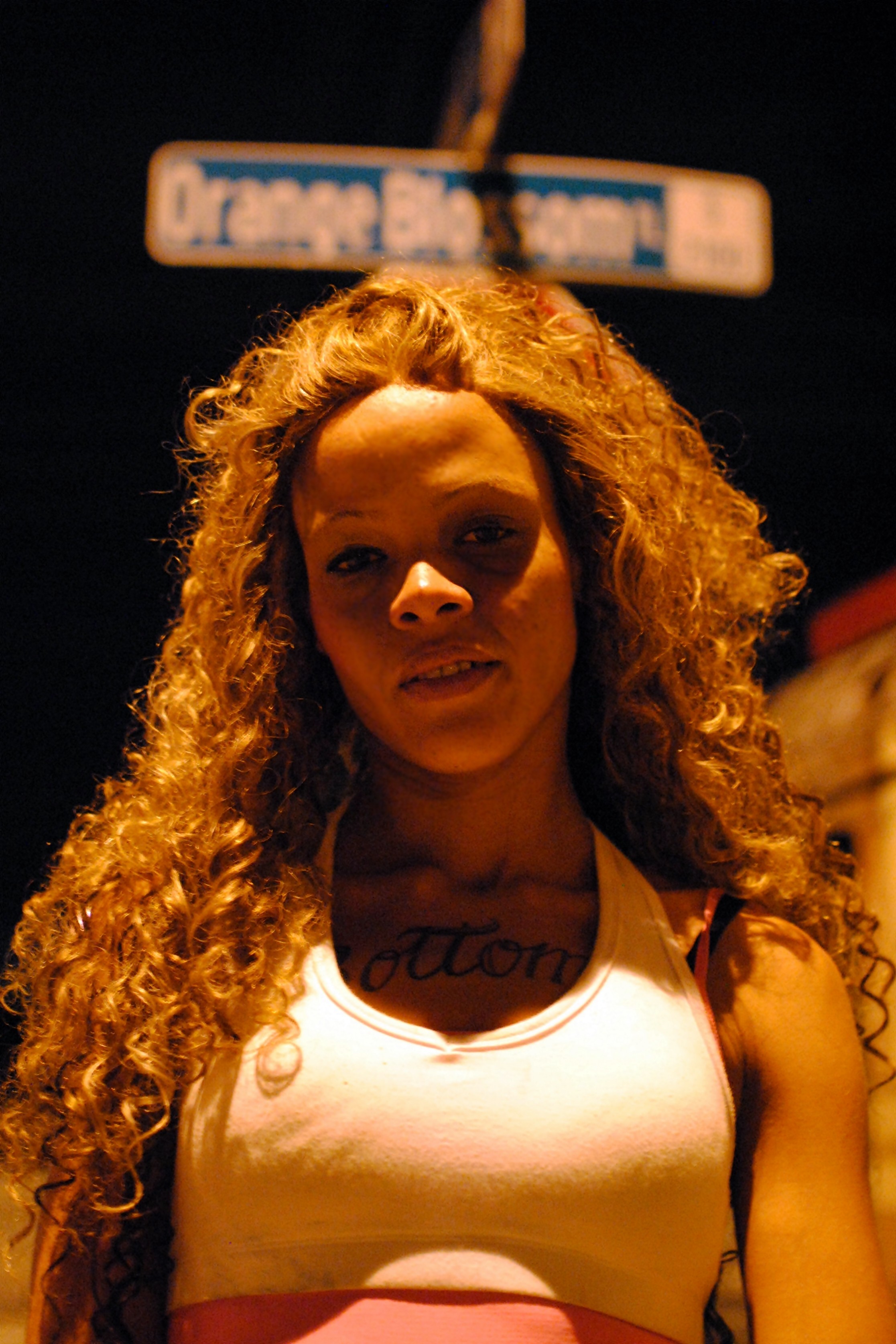 When Shalesa first arrived to the Trail as a 20-year-old, she fell in love with the place. It offered a fast-paced lifestyle where she lived her life minute-to-minute rather than month-to-month, like most people. "You would literally have had to beat me, drag me, bludgeon me or kill me to get me off the Trail," she says. "It was fun. I was free."

It didn't take long for her dream to turn into a nightmare. She became addicted to crack, which has taken full control of her life. She smokes not to party, but just to keep herself going. "I have to smoke to function," she says. "It's not a matter of getting high. It's not fun anymore."

To fuel her habit, she sells sex. As a result of her profession, she lives in constant threat of physical abuse and rape. "I've been raped at gunpoint, raped and left completely nude in the middle of OBT," she says. "I had a guy hit me in the face with a pistol last night."

Like many women who work the Trail, Shalesa says she feels trapped. "The only way out of here is to die or go to prison," she says.

Shalesa came to the Trail by choice, but many girls find themselves on OBT under entirely different circumstances. In December 2014, Orange Blossom Trail made headlines when three men and a woman were sentenced in a case involving underage sex trafficking. According to reports, a 14-year-old victim, known only as G.E., was coerced into prostitution. Sexually suggestive pictures of G.E. were taken and posted on prostitution websites, and she was forced to have sex with men in a local motel and walk the streets of OBT looking for "tricks." She was paid in drugs and threatened with force if she tried to escape.

Sadly, G.E.'s story is not uncommon in this state. According to 2014 statistics from the National Human Trafficking Hotline, Florida ranks third in the number of reports of human trafficking in the United States. While the hotline takes calls for both sex and labor trafficking, the overwhelming majority of the reports received in 2014 were for sex trafficking, and nearly half of the reports involved a minor.

In 2012, the U.S. Department of Justice published a report titled "A National Overview of Sex Trafficking Demand Reduction Efforts." The 245-page report can be neatly summarized by a quote from former Florida State Representative George Sheldon: "If there were no customers there would be no sellers," he said. "It is not much of a deterrent if the customer is not going to be prosecuted." The report focuses on tactics like reverse stings, where buyers are targeted and not sellers, and "John Schools," where convicted buyers are required to attend a class about the victimization of women and STDs, among other things.

The Orlando arrest statistics mirror national statistics, and prostitutes here have a much higher chance of getting arrested than their clients do. Shalesa herself had been picked up numerous times on prostitution charges.

Sgt. Dave Allmond, the Orlando Police Department's Human Trafficking Task Force supervisor, explains that the constantly changing flow of johns brought to Orlando by tourism makes it harder to track regular prostitution consumers. "We have to go after the worst offenders," he says. "We have to show them that it isn't the Wild West out there."

Orlando, however, is becoming surprisingly progressive in the fight against sexual exploitation. In 2013 the Greater Orlando Human Trafficking Task Force was created to attack sex trafficking with a comprehensive approach by coordinating the efforts of various agencies and organizations. While the task force is still less than two years old, it's a program that's already being emulated in other communities.

Annie Seay, director of community development for the task force, says that her goal is to work herself out of a job, but she realizes that's no easy task. "[Trafficking] is a complex problem without an easy solution," she says. While a focus on demand has proven successful in reducing trafficking and prostitution, it doesn't address many of the underlying social issues for those who are sucked into the life – homelessness, addiction and abuse. The task force was organized to fight sex trafficking from all angles, and according to Seay, education is a large part of the equation. Many people simply don't realize that sex trafficking and prostitution is as big a problem here as it has become, because most of it happens out of sight.

"Yes, this is happening here in your community," she says. "Educate yourself, talk to your children, don't be afraid to report anything that looks suspicious, and get involved in the fight against modern-day slavery."

When Shalesa is asked about how she views herself, she says she doesn't think of herself as a victim. She takes full responsibility for her situation, and nobody has forced her to be here. During multiple interviews for this story, she says she blames no one else for her life choices. However, it doesn't seem like the system is designed to help her find her way out. When asked what she would do if she were to finally get out of drugs and the sex trade, she says she'd like to help other victims. She lists a litany of services she'd try to help other women get access to, including housing, drug rehab, education, counseling. As she talks about the things other women might need to help themselves, it becomes clear that these are the same things that Shalesa can't seem to find for herself. 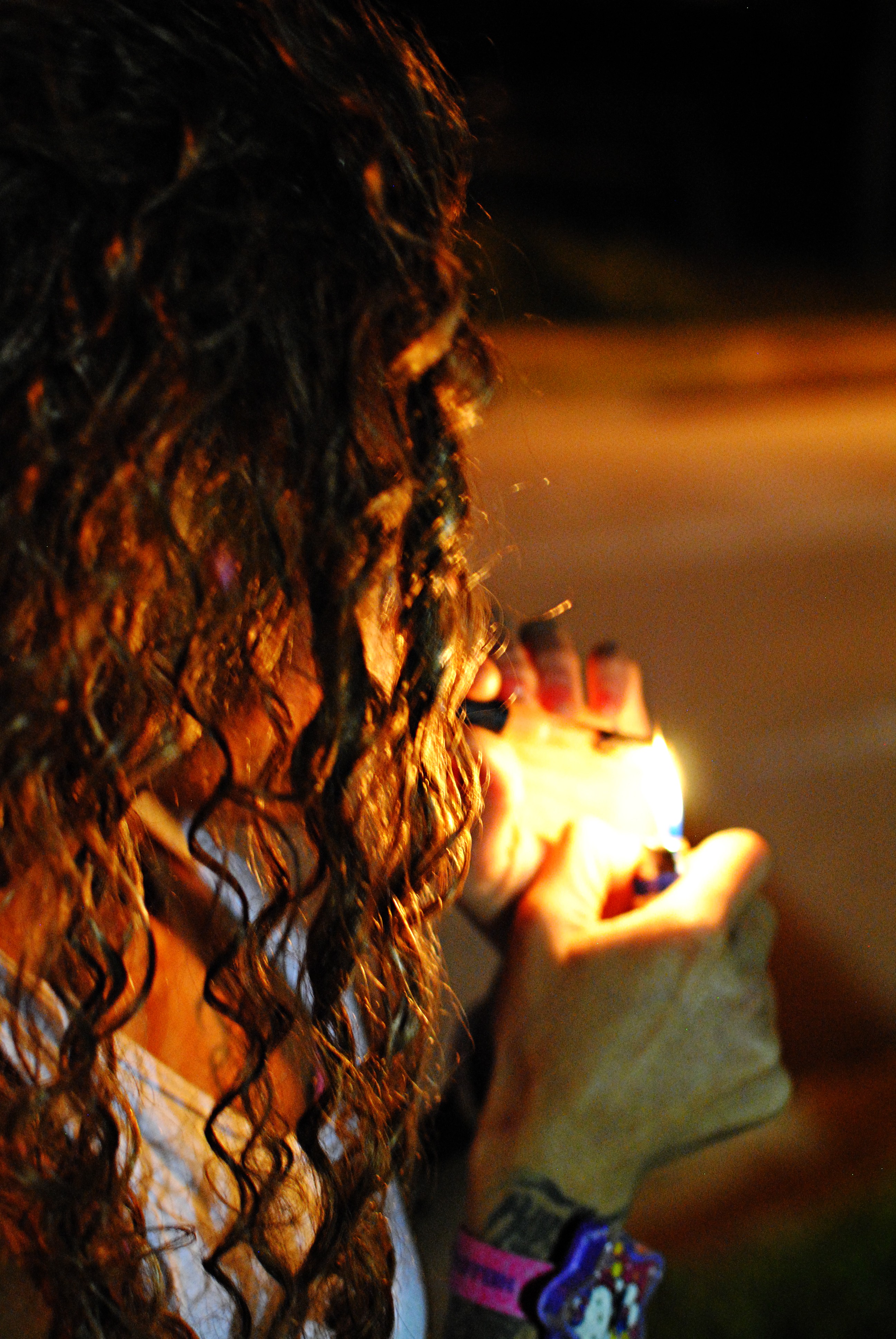 Shalesa was initially interviewed for this story more than six months ago. One day when I called her, I discovered that her phone was disconnected. Her social media account went dormant. I wondered if Shalesa had been put in prison, or worse, if she'd been murdered or overdosed. Though Shalesa says she didn't see herself as a victim, I certainly saw her as one.

About a month ago, though, she suddenly resurfaced on social media, and when I contacted her, she told me that she had finally managed to get off the Trail. She has since left Florida and is now in Louisiana, trying to start over.

For the first time in a long time, she says, she is clean and sober. Without the steady supply of drugs to her system, Shalesa's face has filled in and she looks healthier. She's been through rehab twice before, she says, and relapsed both times. Maybe this time will be different.

But even if it is, there's another Shalesa on Orange Blossom Trail – there are many of them, in fact. In early 2015, a survey from the state Department of Children and Families revealed that 28 percent of all Florida child human-trafficking victims were located in the Central Florida area, and that calls to the state-run human trafficking hotline have doubled since 2010.

Some of the increase is due to increased awareness of the problem. In 2014 Gov. Rick Scott signed a bill into law that increases prosecution of perpetrators of human trafficking and (just as important) provides better services for those who manage to escape it.

When I drove by recently, I noticed that the crack house where Shalesa once spent much of her time was now vacant. It had been repainted and a "For Rent" sign hung out front, next to another sign that read, "Under New Management" – perhaps an effort to distance the house from its once nefarious past. But the disappearance of one crack house and Shalesa's recovery shouldn't be interpreted as a cleaner or safer OBT – rather they should be seen as representing the transient nature of drugs and prostitution that make them so hard to fight. 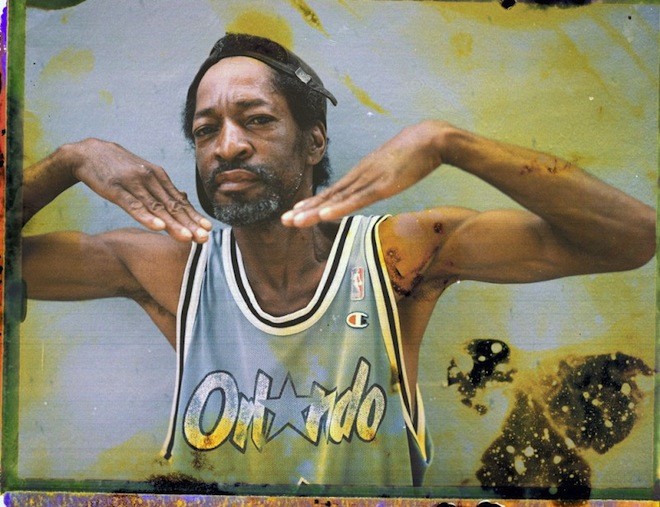