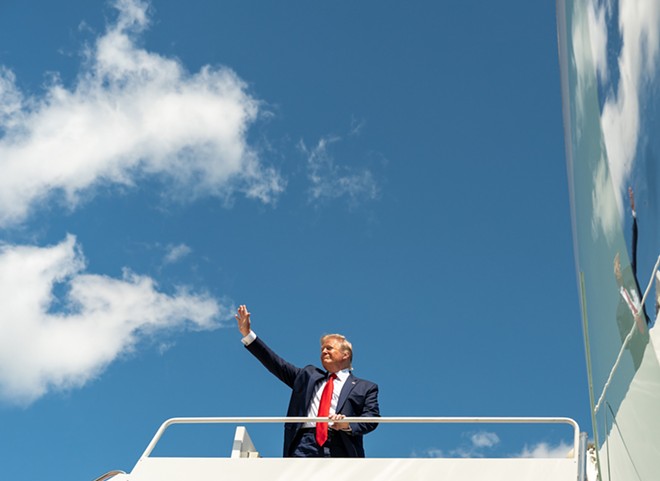 Photo via The White House/Wikimedia Commons
The night before the U.S. House of Representatives votes on the impeachment of President Donald Trump, a rally will be held in Orlando demanding our lawmakers vote to impeach.

Advocacy group MoveOn will be holding a "Nobody Is Above the Law" rally at Lake Eola Park on Tuesday, Dec. 17, at 5:30 p.m. It'll be one of the more than 500 protests happening at the same time across the nation, said organizers.

It's an impeachment-eve action that protesters hope will set the stage for a merry Impeachmas Day.

"The mobilization is part of a massive, grass-roots effort to ensure Congress holds Donald Trump accountable for using military aid to pressure Ukraine to interfere in our 2020 elections," says MoveOn in a press release.

"Protestors will demand that the House of Representatives fulfills its constitutional duty by impeaching Donald Trump and that the Senate remove him from office for attempting to rig the 2020 elections."