Orlando reacts to the death of LGBTQ advocate Terry DeCarlo 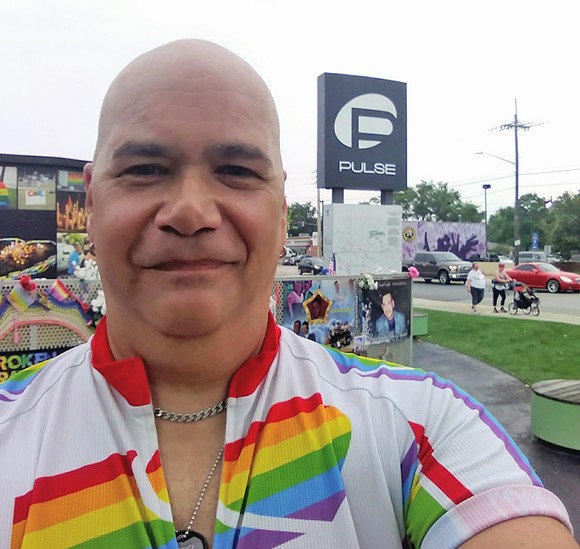 Photo va Terry DeCarlo/Facebook
Orlando lost one of its very kindest people on Monday, with the passing of LGBTQ advocate Terry DeCarlo.

As executive director of the LGBT+ Center Orlando, DeCarlo helped scores of Pulse victims and their families, both in the immediate hours after the shooting and years later. Before the tragedy on June 12, 2016, DeCarlo announced he had planned to leave Orlando on June 24 for a job in Miami as the Southeastern regional director for the AIDS Healthcare Foundation. He decided to postpone those plans, saying he couldn’t leave the community when so many people needed support. DeCarlo continued with the Center until 2018, helping to provide counseling and community to those who were affected by the attack.

DeCarlo was one of the first advocates on the scene at Pulse, and said he slept very little and lost 40 pounds, working around the clock to respond to media interviews and speaker requests, while caring for the needs of Pulse survivors, victims' family members and the local LGBTQ community.

The extreme stress came to a tipping point in May 2017, when DeCarlo said he had a heart attack after being out with friends. Instead of leaving the organization, he stepped back as executive director and took on the role of communications director instead.

Community leaders and Central Florida elected officials have been weighing in with their condolences and memories.

"Terry led Orlando through the aftermath of Pulse when we needed him most. He brought so much love to so many people’s lives," wrote state Rep. Carlos Guillermo Smith on Facebook. "This is a terrible loss for our community and for his husband, Bill Huelsman, who needs our love and support."
In a statement, the onePULSE Foundation wrote, "We are heartbroken by the passing of our dear friend Terry DeCarlo. Terry was a passionate advocate for Florida’s LGBTQ community and leaves behind a powerful legacy. We are forever grateful to him for helping our community heal and move forward following the Pulse nightclub tragedy. Our deepest condolences and prayers go out to his husband Bill and his entire family."

Orlando Mayor Buddy Dyer wrote, "I'll always be grateful for the role that Terry played after the Pulse tragedy. And for his work as one of our city's LGBTQ+ leaders, where he was committed to making Orlando an inclusive, welcoming community for all. Terry will certainly be missed."

DeCarlo’s husband shared the news in a post on DeCarlo’s Facebook page. DeCarlo was 56 years old and had been receiving treatment for stage-four face and neck cancer, writing, "the cancer was just too aggressive for treatment."
"The Center family is saddened today to learn of the passing of Terry DeCarlo, our former Executive Director," wrote Joél Junior Morales, director of operations at the Center. "Terry helped the organization through its darkest times in 2016 and beyond. Today the flags are flying at half-staff in honor of Terry's impact on the LGBT+ community and military service. Our thoughts go out to his husband Bill, his family, and his loved ones."

In a GoFundMe page set up last year to help pay for DeCarlo's treatment, organizer Brett Rose wrote, "Terry teaches everybody that we all have two hands — one to help ourselves, but more importantly another to pull other people up."

"While in Orlando, Terry was thrust on the national stage following the Pulse Nightclub tragedy," wrote Rose. "Working tirelessly to ensure no name was ever forgotten and a tragedy like that would never happen again, to any community."

This is an ongoing story; we will update this post with ways to contribute to DeCarlo's family and more causes he supported. Donations to the Center Orlando can be made on their website.