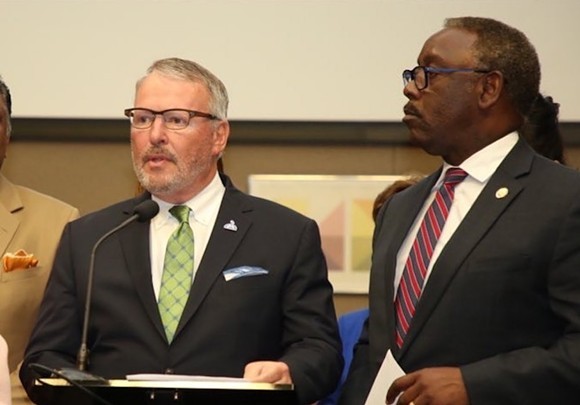 In the same afternoon that Gov. DeSantis declared live from Universal's CityWalk that Phase 2 of Florida's reopening – bars, pubs, movie theaters, bowling alleys and tattoo parlors at reduced capacity – is starting this Friday, Orlando Mayor Buddy Dyer announced that a tighter, open-ended curfew will be in place in downtown Orlando, effective today, of 8 p.m. nightly. The rest of Orange County is still subject to Mayor Jerry Demings' 10 p.m. curfew.

City staff shared a map of the downtown curfew zone on Twitter: 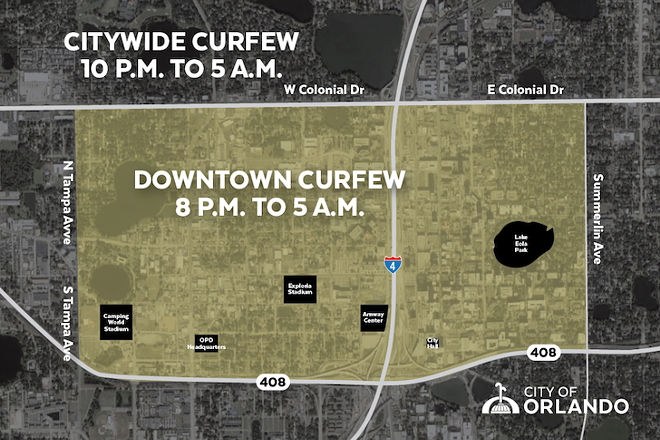 The new curfew seems to be aimed at deterring protests in downtown Orlando, which has seen four days of large, peaceful anti-racism protests and demonstrations in honor of murdered Minneapolis citizen George Floyd. Orlando police has deployed tear gas against protesters later in the evening almost every night, based on their assertions of rocks or bottles thrown at police officers.

Orlando Police Chief Orlando Rolón, at the same news conference, made the very odd claim that "200 pounds of rocks were found around the police department" after the protests last night, according to Spectrum News 13.

What does this mean for the Phase 2 reopening in downtown Orlando? No one seems to be sure. No sooner had one downtown business jubilantly announced their reopening online, they then posted edited messages stating that they were re-closing (or staying closed) for the near future.

This adds yet another layer of confusion to an already confused and rushed reopening process in Orlando, and likely sets up more police confrontations with protesters going forward.