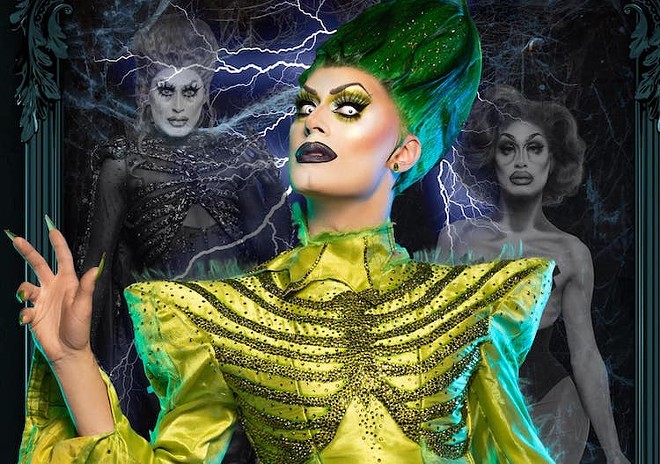 Dragula :Titans is an all-star spinoff of Dragula, a reality contest hosted by Los Angeles' Boulet Brothers, that showcases the best performers in horror-drag and pits them against one another to ghoulish effect.

Dragula: Titans grouped together 10 formidable contestants from previous seasons of the show — Black herself had previously appeared on Season 2 and Dragula Resurrection — and put them through 9 episodes' worth of new challenges and competitions.

If you want to see what Dragula fans are buzzing about firsthand, Victoria Black and her Black Haus drag family perform weekly at their Creature Feature showcase at the Renaissance Theatre on Tuesday nights. You can also check out our 2019 interview with the entire Black Haus crew online.