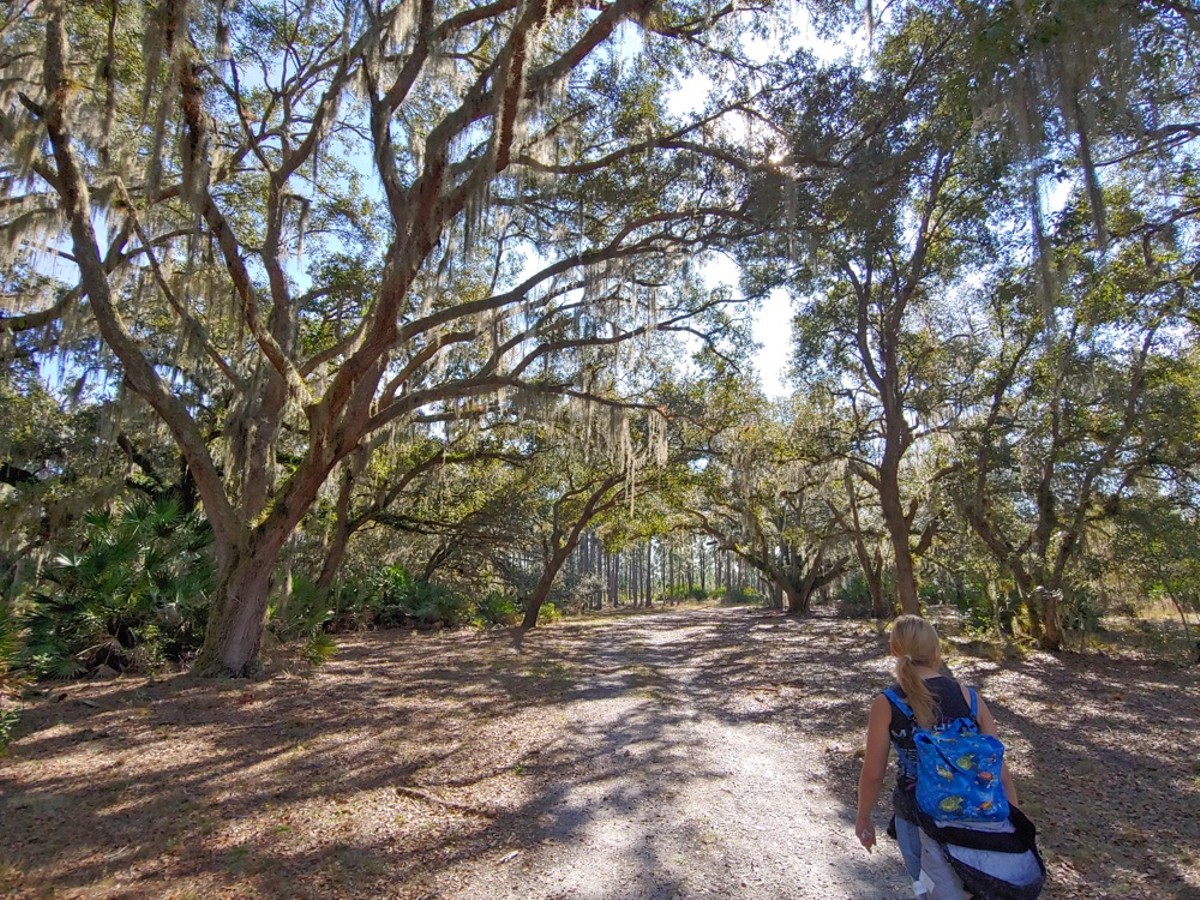 In a six-day approval blitz in December, a plan to extend Osceola Parkway into Split Oak Forest was approved by the Central Florida Expressway Authority Dec. 12, Osceola County Dec. 19 and Orange County Dec. 17.

The plan, which awaits state review, is not a done deal. But the triple approval was a huge step. This has alarmed local conservationists, who are concerned about the deleterious effects of laying roads in one of Central Florida's most pristine forests.

Split Oak Forest is owned by Osceola and Orange counties, purchased as a mitigation bank against wetland impacts. The Florida Fish and Wildlife Conservation Commission has spent more than 20 years maintaining the forest, untouched in centuries by Central Florida's rampant development. Only hiking and permitted horseback riding are allowed. Hunting, camping and biking are all prohibited.

The proposal, billed by proponents as an effort to ease traffic on Orlando's congested roadways, is to connect the Osceola Parkway toll road from State Road 417, with a nine-mile extension that cuts through the Split Oak Forest. 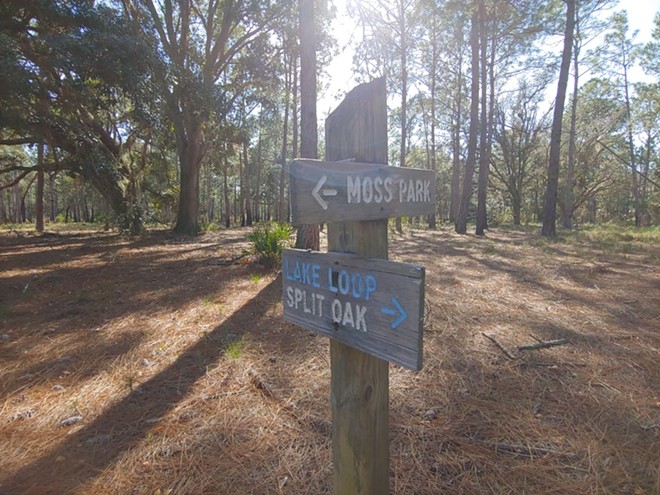 A previous plan split the 1,700-acre forest down the center with the highway. The plan that passed in December was the result of a "study-reevaluation" that moved the road south.

CFX passed the updated plan unanimously. The Osceola board vote was four-to-one, with Commissioner Peggy Choudhry as the lone "no" vote. Orange County voted five-to-two in favor, with commissioners Maribel Gomez Cordero and Emily Bonilla in opposition.

The new plan also donates 1,550 acres of conservation land next to Split Oak, nearly doubling the reserve. The highway would be on a 60-acre easement in Split Oak, with a 100-acre buffer between it and wildlife.

Venturing into conservation land is crossing "a line in the sand," says Valerie Anderson, president of Friends of Split Oak Forest.

To venture into the conservation land at all is to cross "a line in the sand," says Valerie Anderson, president of Friends of Split Oak Forest, a grass-roots nonprofit devoted to protecting Split Oak. Orange County Charter Review Commission member Eugene Stoccardo calls the breach "a threat to every single conservational act."

Anderson says she is going to begin protesting and pursuing legal action. She points to a voter-passed 1998 constitutional amendment that bars governments from getting rid of conservation land unless the land is no longer worth conserving. Rachel Deming, assistant professor of law at Barry University, says that no agency has said this about Split Oak, and that a court could strike down the road construction as a constitutional violation. 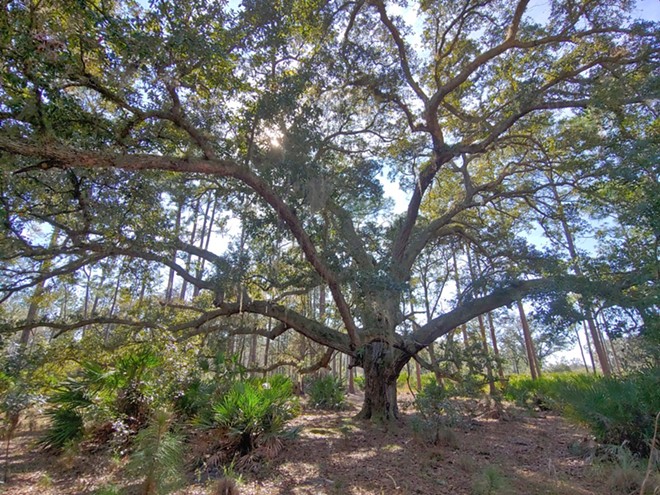 Other detractors of the plan, while unhappy about any disturbance to Split Oak, have settled into mitigation mode, hoping to at least lessen the impact.

"I've been at this long enough to know you can't just say 'no, no, no,'" says Sierra Club president Marjorie Holt. She says she's been fighting to protect Split Oak for over 20 years.

Since Orange and Osceola counties are "hell-bent," in Holt's estimation, on extending the parkway through Split Oak, a pragmatic thing to do is prevent any further construction, be it for more roads or commercial development. Holt, who is still considering ways of pre-empting the road altogether, says the donation of 1,550 acres around Split Oak is "the least devilish" of the details in the newer deal. Split Oak was set aside decades ago for a reason: The unblemished land is a unique ecosystem that relies on forest burns. But she says the donation is in the direction of a somewhat tolerable compromise.

Charles Lee, director of advocacy for Audubon Florida, who also balked at the first plan – "it was an outright disaster" – thinks the latest deal is more than a compromise. 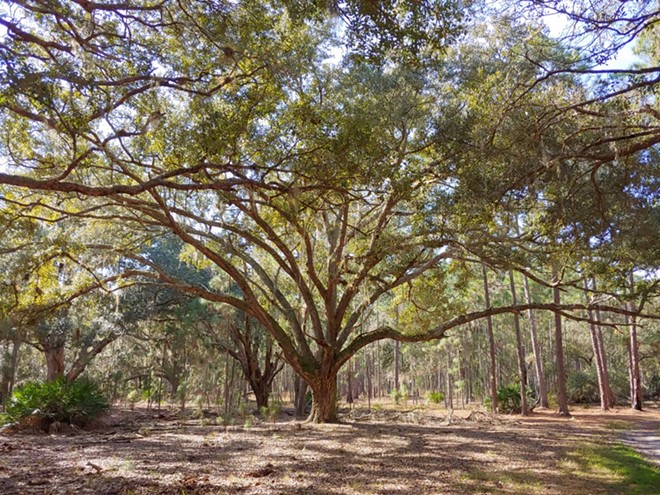 "It's clearly a good deal to add that much conservation land," he says. The extra 1,550 acres next to Split Oak would otherwise be used for developments that would bump up against the forest. Osceola County says one of those developments was going to be an industrial water treatment plant.

"This is a 10 to 1 gain compared to the acres impacted," claimed Osceola County in a statement on the extension. The county says the extra land will create "opportunities for new wildlife corridors while preserving existing ones."

"It is also important to note that the project does not set a precedent," said Osceola County staff in the statement, adding that state statute allows for facilities like roads through conservation lands and that discussion thus far overlooks the original purpose of easing traffic on the east side of Central Florida.

The plan still needs to be reviewed by Florida Communities Trust.