Micro-apartments are coming to Thornton Park, and they won't be cheap 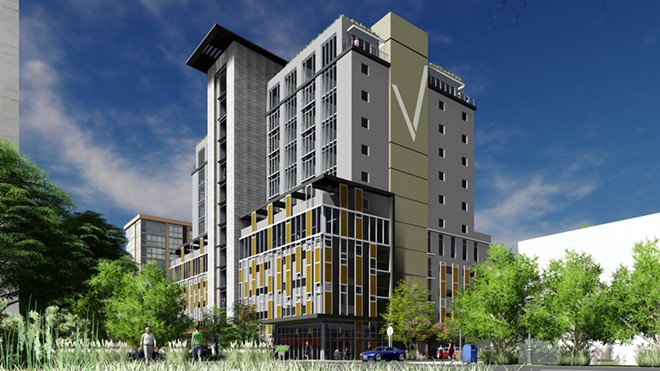 
"I think Orlando, let's be realistic," says CEO James Dicks, "it's about five to seven years away from being a 24-7 downtown."

By this prediction, the housing developer means that in less than a decade, people's entire lives will be contained within the City Beautiful's downtown. Residents, especially young professionals, will "live, work and play," as Dicks put it, all within the business district.

"Some probably won't have cars," Dicks says. "Everything they want will be offered right here."

Living in downtown Orlando, or in the city center of any American metropolis, costs a lot of money. Living anywhere in the country right now is a challenge, yet Central Florida's housing predicament stands out as particularly dire.

Dicks has another take – he thinks micro can provide affordable downtown living options and can be an avenue to alleviate housing pressures. 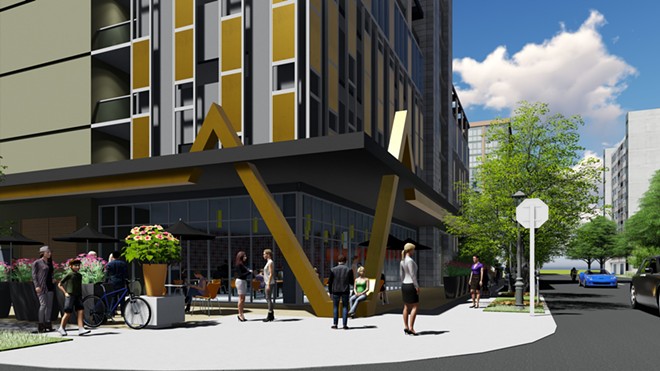 Image via Dix Developments
The apartment complex, called Vive on Eola, will be replete with all of the swanky amenities like a 24-hour gym and electric car-charging ports, and will primarily comprise studios between 350 and 400 square feet, with rents running around $1,200. There will be a few one-bedroom units, says Dicks. Units will "be a little bigger than a hotel room," he adds.

Small and sleek is the aesthetic. Units will have floor-to-ceiling windows all the customary appliances, but smaller. The compact units contribute to the lower rent costs, Dicks said, adding that renters who yearn to live in the city center, youngish people who he says double and triple-up in an apartment and still pay over $1,200, can have that lifestyle and afford to live alone.

Dicks says the next step is to build on the one-story office building located at 205 S. Eola Drive. The complex will be 12 stories, fitting into the high-rise, urban feel of Thornton Park, he said.

Early leasing, said Dicks, could be set for around 2022.