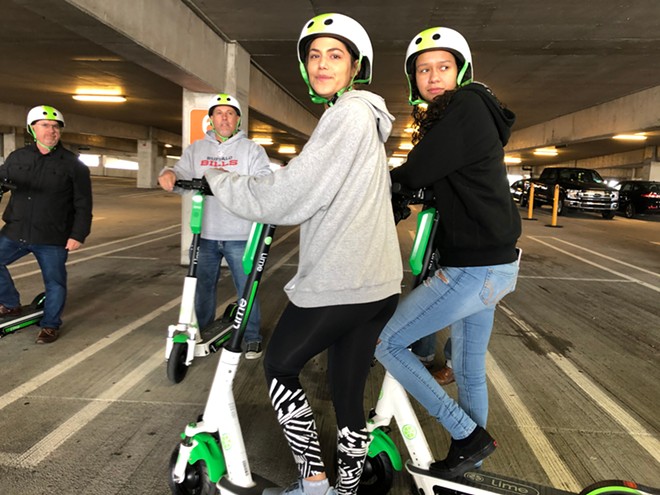 Photo by Maya James
Lime scooters are officially available to ride in Orlando, culminating months of deliberation and negotiating with city officials.

The company scooted off its launch at an Amway Center parking ramp in downtown Orlando today, where Lime staffers offered a tutorial on safely operating an electric scooter. The tutorials were offered to introduce scooters to the press and the public, but also to satisfy parts of the company's agreement with the city, which required safety awareness and training.

Aspects of the city's approval of Lime's dockless scooters involved the number of units, which the city capped at 1,800 per company and no more than 400 per fleet.

City congestion and cleanliness concerns led to the creation of GPS-marked, geo-fenced exclusionary zones, like around Lake Eola and sensitive spots like Pulse, in which people can ride but not park Lime scooters.

But the No. 1 concern expressed by Orlando City Commissioners and transportation staffers during the pilot program, which was passed in November and enacted in December, has been safety. As such, the city mandated that Lime scooters max out at 10 mph and that the company provides places where people can obtain a helmet. 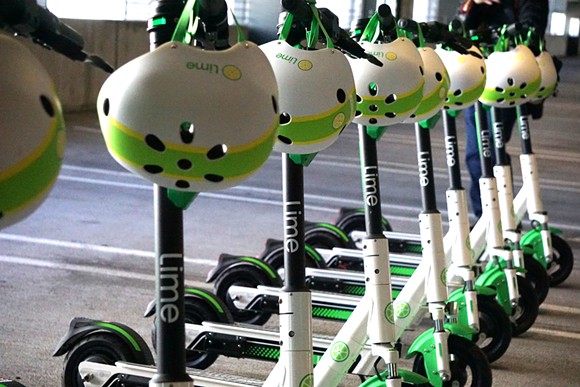 Photo by Maya James
Here's how to get on a Lime scooter: Download the Lime app on your phone, locate a scooter using its GPS map, hit the "scan to ride" button and point the phone's camera at the QR code located near the handlebars. Scooters can be found on the sidewalk, said Lime reps, who also cautioned riders to be vigilant and considerate of pedestrians.

In between downloading the app and scanning a QR code is the step of putting in payment info; each ride costs $1 to start plus 29 cents per minute. Users can also pause a ride, blocking anyone else from using the scooter for up to 30 minutes – each minute still being charged – in order to make a quick stop.

Lime officials say the 29-cent rate was determined by their corporate office. The city, said Vivian Myrtetus, who handles government relations for Lime in Florida and the Carolinas, charges Lime 25 cents per ride.

Here's a little inside scoop from a seasoned Lime scooter rider (it's me): Though 10 mph is slower than scooter max speeds in other places, its plenty fast enough to get around. A big concern is whether 10 mph is enough juice to power up a hill, especially on a wet day. At the Amway parking ramp, riding up the angle from one level to another, the scooter labored but made its way to the top. 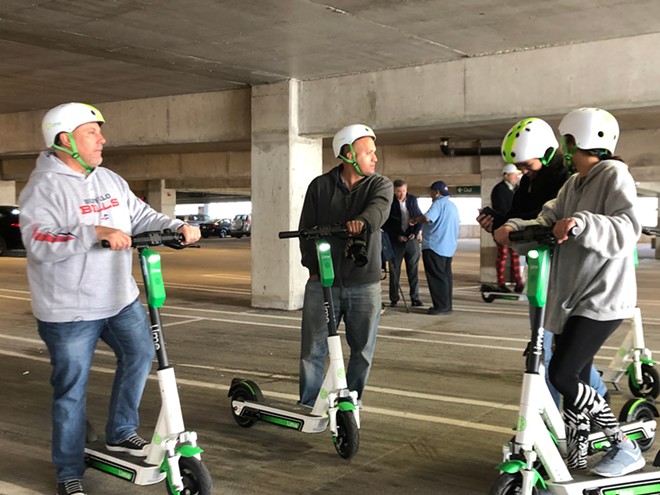 Photo by Maya James
Lime wasn't the only company Orlando issued permits – City Hall also OK'd the arrival of Bird scooters last week. As the scooters arrive in Orlando, reports from around the nation say that Lime is pulling scooters in other markets. Lime trainers announced at the tutorial that Lime bikes will be removed from the city by next week.

After the tutorial, a scooter fleet was released in the city. Those interested in taking a safety course can sign up.