On Thursday, comedian and veterans advocate Jon Stewart tore into Senate Republicans for voting against the Honoring Our PACT Act, which would've expanded healthcare benefits for more than 3 million veterans and helped veterans suffering from ailments related to Agent Orange and toxic burn pits.

"I'm gonna read you something, this is beautiful," said the former "Daily Show" host to reporters at a press conference outside of the U.S. Capitol. "It's a tweet from Sen. Rick Scott of Florida from yesterday. It's beautiful. 'I was honored to join the USO today and make care packages for our brave military members. In gratitude, in gratitude of their sacrifice, and service.'"

I was honored to join @the_uso today and make care packages for our brave military members in gratitude of their sacrifice and service to our nation. pic.twitter.com/p9VJddb7b8


"And there's a beautiful picture I wish you could see it standing with a little package," added Stewart. "Did you get the package? I think it has M&Ms in it. There's some cookies and some moist towelettes. I don't even know. I don't know what to say, I've been coming down here 10-15 years. I'm used to the hypocrisy." 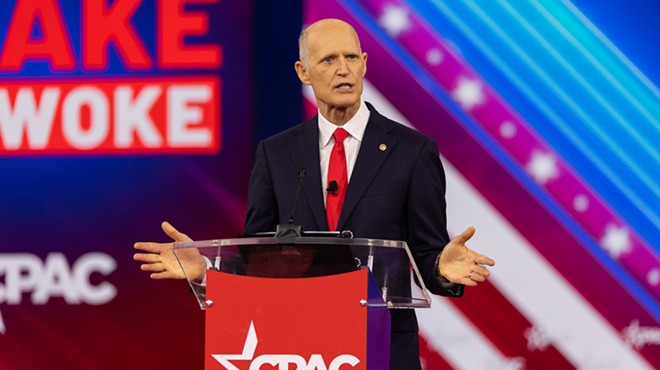 
Stewart also had some choice words for Sen. Pat Toomey, of Pennsylvania, for referring to the bill as a “slush fund” for discretionary spending, while Republicans’ have historically been uncritical of any and all defense spending, which is set to top $800 billion next year alone.

"Sen. Pat Toomey won't take a meeting with the veterans groups, sends out his chief of staff. I'm used to the cowardice. I've been here a long time. Senate is where accountability goes to die. These people don't care. They're never losing their jobs. They're never losing their health care. Pat Toomey didn't lose his job. He's walking away. God knows what kind of pot of gold he's stepping into to lobby this government to shit on more people."

Stewart was especially upset over the fact an earlier version of the legislation passed the Senate in an 84-14 vote last June, only to have 41 Republican senators vote against the act yesterday.