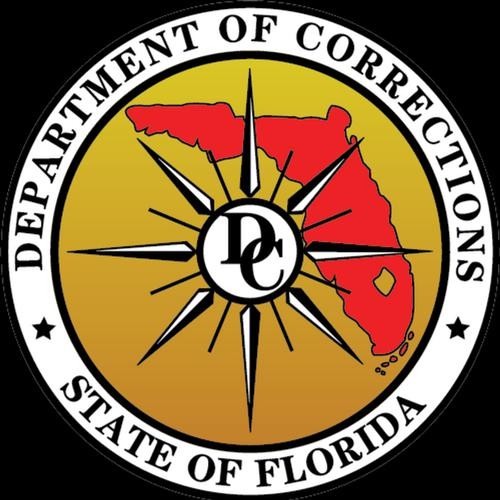 THE NEWS SERVICE OF FLORIDA

Florida Department of Corrections Secretary Mike Crews has made a public show of his attempts to purge the agency of abusive prison guards in the wake of news reports about inmates' horrific deaths at the hands of corrections workers.

But a major bust at a North Florida prison – ignored, for the most part, by the department – paints a vivid portrait of what some insiders say is the key corrupting force within prisons: gangs and their connections with crooked guards.

Two former prison sergeants are awaiting trial after being accused of ordering an inmate to be killed to protect the guards' role as kingpins of an institution-wide gang operation.

Former Sgts. Robert Simmons and Delrikos Brooks face a slew of felony charges, including ordering the hit on one of the inmates at Taylor Correctional Institution, money laundering and directing the activities of a criminal gang. Simmons and Brooks are being held in the Taylor County Jail.

For more than a year, at least five guards, including Simmons and Brooks, allegedly helped the "Bloods," "Folk" and "MPR" gangs by smuggling drugs, cell phones and cigarettes into the prison in exchange for thousands of dollars in payments, according to probable-cause affidavits.

Last fall, Brooks and Simmons ordered inmate David Powell to be "removed" after he threatened to expose the operation, according to the allegations. Powell survived two botched attempts on his life in which other inmates stabbed him.

Sources familiar with similar investigations said the Taylor County cases are the only ones in recent history in which corrections workers have been charged with ordering an inmate to be killed.

But the way the guards are alleged to have been paid for sneaking contraband into the Perry prison and the manner in which the gangs operated their criminal enterprise – outlined in detail in the Simmons and Brooks cases – is all too common in the Florida corrections system where, by the agency's own estimates, at least 10 percent of the 100,000 inmates are affiliated with gangs.

Probable-cause affidavits accompanying the arrests of the guards read like a script from a cable television show.

The gangs allegedly paid Simmons up to $24,000 for eight trips to Tampa, where he picked up drugs and cell phones from the brother of inmate David Cancel, a one-time high-ranking gang member. Cancel then sold the goods for a profit.

Simmons would wear a heavy jacket in warm weather to let gang members know when he had goods for sale, the documents say.

Brooks, described as the "alpha" member of the prison's "Bloods" gang, allegedly sold MDMA, also known as "Molly," and synthetic marijuana known as "K-2," or spice, for between $50 and $300, according to court records.

Powell, at one time an elite member of one of the gangs, got sideways with the guards when he caught Brooks giving a cell phone to an inmate and threatened to expose him, the documents allege. Simmons spread the word to other inmates that Powell was ratting out Brooks. While outside at the recreation yard the next day, Powell was jumped by several gang members and stabbed, but not seriously.

After the first bungled attempt on Powell's life, Brooks, a strapping 33-year-old who earned $32,000 a year, pretended to sympathize with the inmate and offered to set up a fight between Powell and other gang members.

The next day, Brooks and Simmons sent another inmate to "finish the job" on Powell, according to the allegations. Former guard Valshantaya Cook – who wasn't supposed to be working in the dorm but who was sent there by another guard in on the plot – was accused of giving inmate Ernest Harrington entrée into Powell's dorm. Harrington stabbed Powell in the hand, but, again, Powell escaped serious injury. Cook later told other guards that Harrington was not involved in the attack on Powell. Cook was charged with a variety of crimes, including money laundering, bringing contraband into a prison and aggravated assault with a deadly weapon.

Lawyers for Brooks and Simmons either did not return calls or did not want to speak on the record. Trials, postponed repeatedly in part because inmates who snitched on the guards and other gang members have been moved from the Perry institution, are set for November. Sources close to the cases expect further delays.

Drugs and cigarettes are the backbone of the black-market economy run by gangs in the Perry prison and others throughout the country.

But cell phones like those alleged to have been slipped into the prison by Simmons, Brooks and their cohorts are an even bigger commodity.

Smart phones allow gang members to communicate with each other by text or phone within and between institutions. And, perhaps more importantly, the cell phones are the conduit for financial transactions in which inmates can pump money into prepaid debit cards in the possession of guards.

Investigators who uncovered the Taylor County guard-gang conspiracy exposed how inmates allegedly used "MoneyPak" payments to Green Dot cards – available at most convenience stores – to shuttle money to Simons and Brooks, their relatives or others involved.

According to court records, here's how the scheme worked: A relative or friend of one of the gang members would purchase a "MoneyPak" payment – often for up to $300 – and receive a 14-digit code. Inmates would get a text with the code on it, then use their cell phones and the code to transfer funds onto Green Dot cards possessed by Brooks, Simmons or one of their aides.

"This method of transferring money allows the staff to launder the funds to minimize detection by law enforcement," Aubrey Land, the Department of Corrections investigator responsible for the arrests, wrote in probable-cause documents.

Land is one of four investigators who sued the Department of Corrections earlier this year after Gov. Rick Scott's inspector general refused to grant them whistleblower protection. The investigators were concerned about retaliation after exposing the 2010 gassing death of Randall Jordan-Aparo, an inmate at Franklin Correctional Institution.

The Perry busts mirror what Land, in transcripts associated with the whistleblower lawsuit, said he and fellow whistleblower John Ulm and Department of Corrections investigator James Padgett uncovered at the Panhandle prison where Jordan-Aparo died.

Other sources intimate with Florida prisons say similar relationships between guards and gangs throughout the state are responsible for myriad crimes, including inmate-on-inmate deaths that remain unsolved.

Combating gangs should be one of prison officials' top priorities, said Jim McDonough, a former Department of Corrections secretary under Gov. Jeb Bush.

Prison workers make relatively little money and often work in communities where the institutions are the major employer. Guards too easily can be lured by money and the power that accompanies a prominent role as a purveyor of popular black-market goods.

"But they need an organization for the distribution

in essence to allow their illegal trade to go on. And they turn to an organization in prison that they think is helpless, that organization is something that always exists on the outside might be a gang. But very quickly, the inmates understand and exploit the vulnerability (of the guards)," McDonough said. "The power shifts pretty damn quick. The inmates now have power over the very guards that they have allowed to partner for a trade."

Crews has been on a mission to ferret out corrupt and abusive guards since The Miami Herald reported earlier this year about mentally ill inmate Darren Rainey, who died at Dade Correctional Institution after guards allegedly forced him to shower in scalding hot water as punishment two years ago.

Crews acknowledged he has focused on ridding his agency of the worst of the worst over the past two months. He's fired 45 guards and traveled to every prison in the state to share his "zero-tolerance" abuse and corruption policy with staff. He said he intends to apply that same policy to guards who bring in contraband and endanger the safety of other staff as well as inmates.

"My hope would be one day we eradicate our system of all of that type behavior. But is it going to take a little while? Yes," Crews told The News Service of Florida this week.

Some guards "fall prey to the temptation" of sneaking in cell phones because of the cash rewards, Crews said. Until now, the consequences were not harsh enough, the secretary indicated.

"If you just bring them in a room, you tell them to cough and tell them to take off their uniform, you put them in their clothes and then they walk out the door, there really is no deterrent because there's too much money changing hands with this," he said.

Pointing to an Okeechobee Correctional Institution guard who was fired Thursday for bringing 12 cell phones and chargers into the prison, Crews said he is intent on forcing workers to understand that he means what he says.

"When you have an incident happen, maybe they walk out in their street clothes but they walk out in handcuffs and they are criminally charged. If that doesn't get the attention of our staff, I honestly don't know what will. But is it going to be something that happens overnight? No. We didn't get into this position overnight," he said.