The 420 Issue: How to get your medical marijuana card in Florida

Buying bud above board 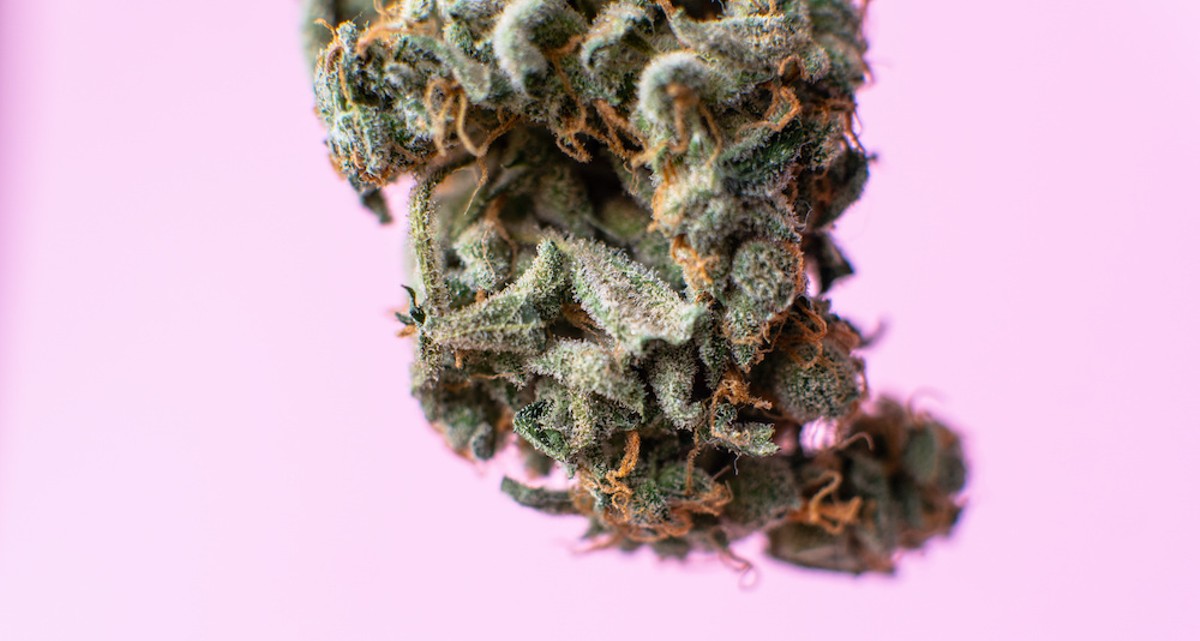 Over the past decade-plus, Orlando Weekly readers have come to know me through my Live Active Cultures column as a lover of the performing arts and theme parks. In honor of 4/20, I'm also coming out of the closet as an aficionado of live resin, active tetrahydrocannabinol and medical cannabis culture. When I first mentioned Californian medical marijuana back in 2011, or covertly covered its Central Florida connections five years later, I couldn't have imagined how easy it would be today to get legal weed within spitting distance of Orlando's family-friendly theme parks. It might sound like a fairy tale to old-school Orlando stoners, but herein lies the totally true tale of how Groupon helped me score government-sanctioned ganja in the shadow of Gringotts.

Medical marijuana dispensaries can now be found in all corners of Central Florida, and even if one hasn't opened in your neighborhood yet, several offer delivery service throughout the region. A number are clustered on East Colonial Drive not far from UCF, while others are grouped along South Orange Blossom Trail, but there are an ever-growing number within the heart of Orlando's tourist corridor itself. You'll find GrowHealthy on Turkey Lake Road, less than a mile due south of Universal's Volcano Bay; a Trulieve outside the Mall at Millenia; Sanctuary on north I-Drive near Fun Spot; and Harvest House of Cannabis on 192 in Kissimmee, only five miles east of Walt Disney World property.

[Disclaimer: Cannabis products — including legal medical marijuana — are not permitted on Disney or Universal property. Don't do drugs inside a theme park, m'kay?]

At the risk of violating my own HIPAA rights, I'll disclose that I've suffered from an irritating but survivable condition since childhood, and after a lifetime of invasive tests and ineffective treatments, I've learned that cannabis is the only substance that can reliably relieve my symptoms. (As an added bonus, it also helps me be more creative and productive as a writer, and it ameliorates my social anxiety.) Medical marijuana users are likely all around you; within my own social circle, I know patients with osteopathic problems, genetic diseases, anxiety disorders and more. So if you're curious about how cannabis can help you cope with your own health issues, you're far from alone.

Although I've researched recreational dispensaries during my trips to Las Vegas, and even attended a preview of Orlando's first medical dispensary in 2017, I'd held off on applying for Florida's cannabis registry until last summer. Around that time, regulations prohibiting the sale of edibles were finally lifted — as earlier restrictions on smokeable flower and high-THC extracts had been — and a military veteran friend who used medical cannabis to combat service-related symptoms convinced me to go through the process. It turned out to be far quicker and more cost-effective than I had hoped, leaving me only with regret that I hadn't done it much sooner.

When I finally decided to pull the trigger and pursue my card, my first step was to turn to the cheapskate's best friend: Groupon.com. A localized search for "medical marijuana" quickly revealed discounted consultations with a half-dozen different doctors specializing in cannabis practice in town. The chain I selected, Medical Marijuana Clinic (mmcflorida.com), has over a dozen locations statewide, including one inside the Regions Bank building on Kirkman Road, diagonally across the street from the Universal Orlando Resort — you can catch a glimpse of it to your right when cresting the peak of the Hollywood Rip Ride Rockit rollercoaster's lift hill.

After paying about $150 and registering online for the next available appointment, I soon received instructions via email on proving my eligibility for Florida's medical registry. You can ask your primary care physician for your records, but that often isn't necessary. The easiest method is by providing a copy of your prescription (or a photo of a pill bottle in your name) for medication used to treat a qualifying condition; I sent snapshots of an anti-spasmodic I'd abandoned over unpleasant side effects, and it was swiftly accepted. 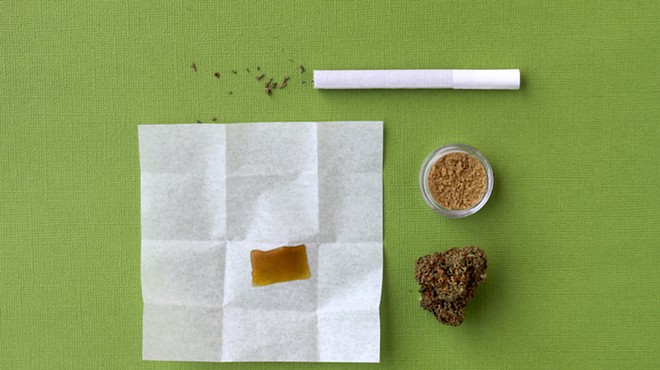 The 420 Issue: Now that you have your Florida MMJ card, what products should you use?: Cannabis consumption 101

When my consultation arrived the following week, I found myself in a professional, discreet office suite that might have been mistaken for a dentist's, except I wasn't kept waiting more than a few minutes. The physician and I met in a conference room (no disrobing required, thankfully) and briefly discussed my history and treatment options. Less than 20 minutes later, I was walking out with a packet of glossy brochures breaking down the various forms of medical marijuana, and a doctor's recommendation for up to 2.5 ounces of flower every 35 days and/or 150 milligrams per day of THC.

Unfortunately, you can't drive straight from the doctor's office to the dispensary. Instead, your next stop is the Florida Health Department's Medical Marijuana Use Registry Website (mmuregistry.flhealth.gov), which should send you login credentials within hours of your doctor uploading your information. Then you can pay the state's $75 annual fee and sit tight for seven to 10 business days awaiting official approval.

My email notification was delivered exactly one week after seeing the doctor, and although my physical patient registration card didn't arrive for several weeks, I was able to make dispensary purchases beginning that day by showing my driver's license. Your initial recommendation should be valid for 210 days, or seven months; shortly before mine expired, my doctor reached out to schedule my renewal, which was conveniently conducted via telephone in under 10 minutes.

All those payments to physicians and politicians quickly pile up, but patients can realize a return on their investment by taking advantage of new customer discounts of up to 50 percent off at many dispensaries. (Visit flcannabisdeals.org/florida-dispensary-discounts for a roundup of recurring discounts, and buddocs.org/flash-deals for daily specials.) Also remember that cannabis dispensaries can't yet accept credit cards, and their in-house ATMs extort high service charges, so sign up with CanPayDebit.com for fee-free purchases using your debit account.

The bottom line is that getting my medical marijuana card was the best pandemic project I completed, and I strongly encourage anyone eligible for the program to investigate getting registered. The only downsides are the constant barrage of marketing messages from the many loyalty programs I've joined, and the long waits to pick up at my favorite dispensary whenever an anticipated new strain arrives. If you do decide to join us, you might just run into me at the local dispensary; and if you miss me there, I'll be the one walking around Diagon Alley with a Butterbeer in my hand and a big, pain-free smile on my face.