This story was originally published by ProPublica.

The U.S. House of Representatives select committee investigating the Jan. 6 attack on the Capitol issued a subpoena on Thursday to Kimberly Guilfoyle, a top fundraiser for former President Donald Trump and the fiancee of his son, Donald Trump Jr.

The subpoena cites a text message Guilfoyle sent to former Trump campaign adviser Katrina Pierson, in which Guilfoyle claims to have raised millions of dollars for the rally that preceded the Capitol riot. The text exchange was first reported in November by ProPublica. 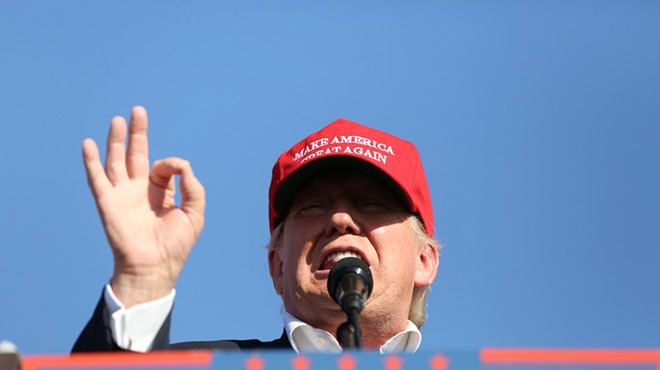 
In the text, Guilfoyle wrote that she “raised so much money for this. Literally one of my donors Julie at 3 million.” She was referring to Julie Jenkins Fancelli, a Publix supermarket heir and the biggest known funder for the Jan. 6 rally. Fancelli previously did not respond to ProPublica requests for comment on the matter.

The subpoena, which seeks to force Guilfoyle to hand over documents and appear for a deposition, also stated that she “communicated with others” about the speaking lineup for the Jan. 6 rally and met with Trump and members of his family in the Oval Office that morning.

Guilfoyle is the first member of the Trump family circle to be subpoenaed by the select committee. Guilfoyle and Trump Jr. announced their engagement in January. She was appointed national chair of the Trump Victory finance committee in January 2020 and was put at the helm of the former president’s super PAC last fall.

Donald Trump Jr. and Kimberly Guilfoyle will appear at the University of Florida


The subpoena is another indication that the committee is becoming increasingly aggressive in its investigation into the Capitol attack. In documents filed in a civil case in a California district court on Wednesday, the committee said for the first time that it had evidence that could potentially lead to criminal charges against the former president for his actions leading up to the Jan. 6 attack, including obstructing an official proceeding of Congress and conspiracy to defraud the United States. The committee would refer any potential criminal charge to the Justice Department to decide whether to prosecute. Trump has denied any wrongdoing.


The step comes almost a week after Guilfoyle walked out of a meeting with the committee after initially agreeing to answer questions about the events of Jan. 6. According to a statement from her lawyer last week, Guilfoyle left the meeting because she was concerned members of the committee would leak information from the interview to the press.

In September, citing ProPublica reporting, the committee sent subpoenas to Pierson and Caroline Wren, a Republican fundraiser who served as Guilfoyle’s deputy during the 2020 campaign. The committee subsequently issued subpoenas to three close advisers to Trump Jr. and Guilfoyle.

In a statement, Joe Tacopina, Guilfoyle’s attorney, said the subpoena was a politically motivated abuse of power and that Guilfoyle will answer questions truthfully. “She has done nothing wrong,” he said. In November, Tacopina said the texts to Pierson were not about the Jan. 6 rally and threatened to “aggressively pursue all legal remedies available” against ProPublica. At the time, Pierson declined to comment and Trump Jr. did not respond to emailed questions.

ProPublica previously reported that Wren told another rally organizer that she raised $3 million for the Jan. 6 rally and “parked” the funds in several dark money organizations.

Wren previously sent a statement to ProPublica from her attorney that did not address how much money was raised for the rally or how it was spent, but stated that to her “knowledge, Kimberly Guilfoyle had no involvement in raising funds for any events on January 6th.”

Guilfoyle developed a professional relationship with Fancelli during the 2020 campaign, according to documents obtained by ProPublica, and Fancelli donated $250,000 to Trump Victory shortly after receiving a call from Guilfoyle.