Here are the victims of the Parkland high school shooting 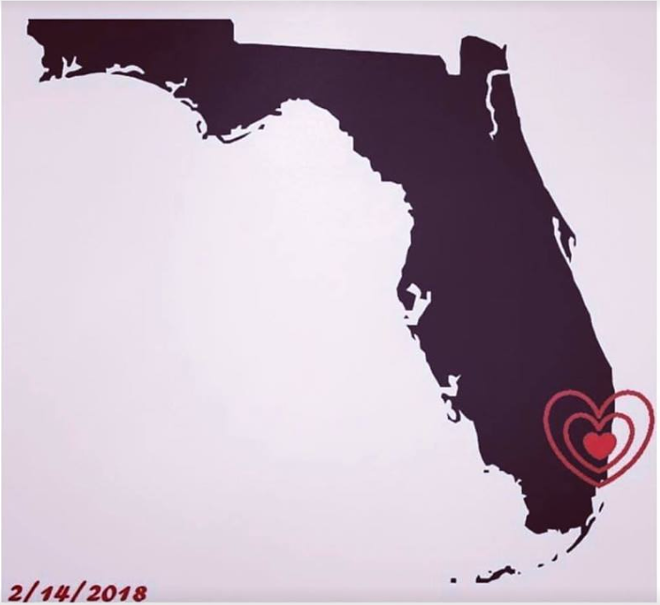 Screen grab via Facebook.com/ssom305/
The names of the 17 people killed in the mass shooting Wednesday at Marjory Stoneman Douglas High School have not been released by law enforcement officials. However, loved ones of the victims took to social media in commemoration of those who were lost in the senseless tragedy.

The victims were as follows: 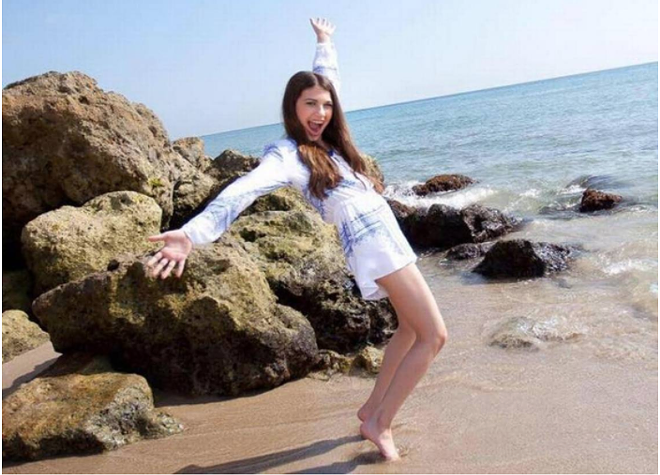 Photo via Miami Herald
From her father's Facebook page: “My heart is broken. Yesterday, Jennifer Bloom Guttenberg and I lost our baby girl to a violent shooting at her school. We lost our daughter and my son Jesse Guttenberg lost his sister. I am broken as I write this trying to figure out how my family gets through this. We appreciate all of the calls and messages and we apologize for not reacting to everyone individually. Jen and I will be figuring things out today and so we ask that you respect our privacy. We will be getting messages out later regarding visitation. Hugs to all and hold your children tight.”

Words can not describe my pain. I love brother Martin you’ll be missed buddy. I know you’re in a better place. Duques forever man I love you junior!!! R.I.P Martin Duque! 🖤

Photo via Miami Herald
From her cousin Ariella Del Quaglio's Facebook page: "Many innocent souls were taken a few short hours ago. Among them we just got confirmation was my little cousin. My heart is broken. Not sure what I can even say I am at a loss for words."

It is with Great sadness that our Football Family has learned about the death of Aaron Feis. He was our Assistant Football Coach and security guard. He selflessly shielded students from the shooter when he was shot. He died a hero and he will forever be in our hearts and memories pic.twitter.com/O181FvuHl3

From Douglas High School's varsity football Twitter feed: "It is with great sadness that our football family has learned about the death of Aaron Feis. He was our assistant football coach and security guard. He selflessly shielded students from the shooter when he was shot. He died a hero and he will forever be in our hearts and memories." 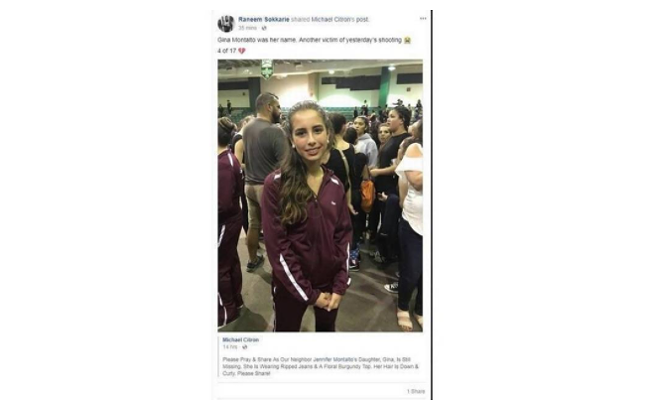 Photo via Miami Herald
"My heart is broken into pieces. I will forever remember you, my sweet angel," Manuel Miranda, one of Montalto's middle school color guard instructors, told the Miami Herald. 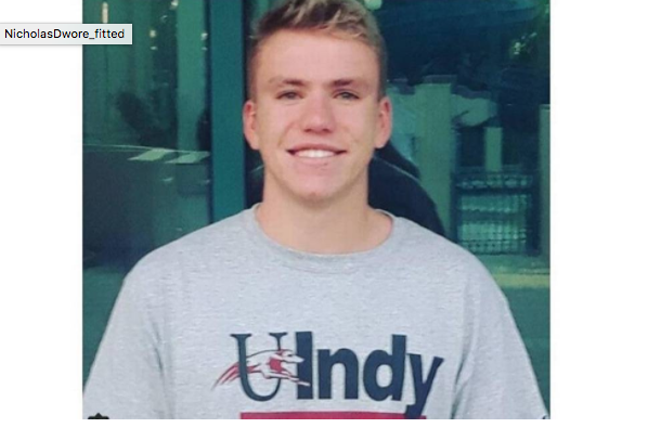 Photo via Miami Herald
From the Twitter feed of Glenn Greenwald, a journalist with The Intercept: "One of yesterday's victims, Nicholas Dworet, was a senior who just received a swimming scholarship to the University of Indianapolis. My niece was friends with him since kindergarten and posted her memories this morning. Such a heartbreaking loss and sickeningly avoidable traged [sic]." 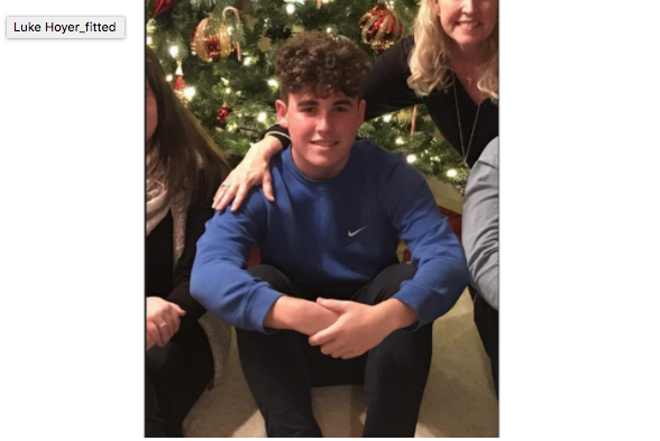 Photo via Miami Herald
From his uncle Toni Brownlee's Facebook page: "This has devastated our family and we're all in shock and disbelief. Our hearts are broken. Luke was a beautiful human being and greatly loved. ..." Photo via Miami Herald
From her friend Gii Lovito's Facebook page: "Please say a prayer for the family of an amazing girl I got to call my best friend growing up. Her life was taken away too soon and I have no words to describe how it feels." 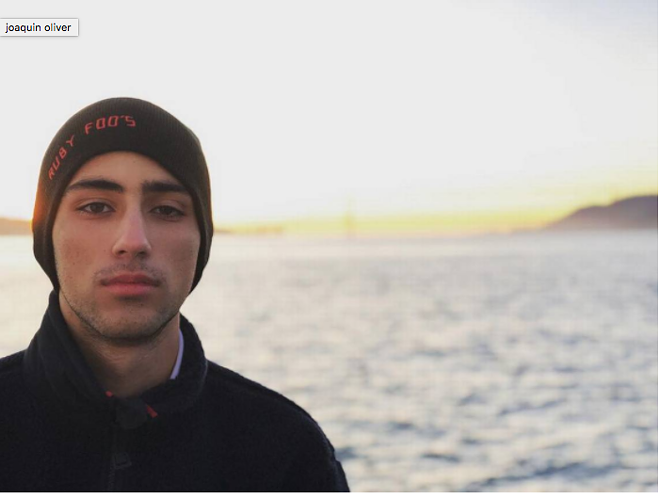 Photo via Miami Herald
According to the Miami Herald, Oliver was close to his mother and sister. His girlfriend, Victoria González, confirmed he was killed in the massacre. 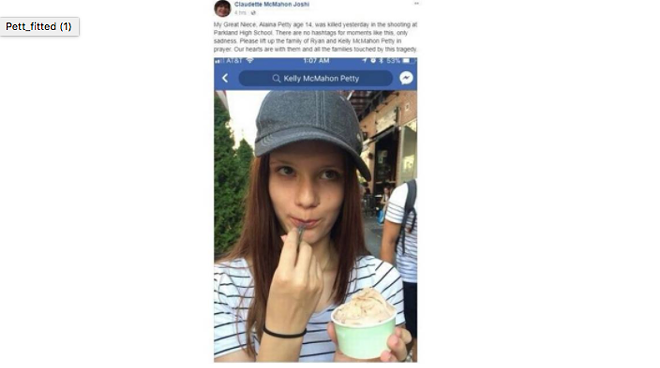 Photo via Miami Herald
"There are no hashtags for moments like this, only sadness," Claudette McMahon Joshi said following the news of her niece's death. "Our hearts are with them and all the families touched by this tragedy."

Photo via Miami Herald
From the Facebook page of a peer counselor at Loughran's church: "RIP Cara, and fly with the angels. You will be greatly missed, and we will always love you and celebrate your beautiful life."

Photo via Miami Herald
Schachter was confirmed dead by a former instructor as well as by Congregation Beth Am in Longwood. 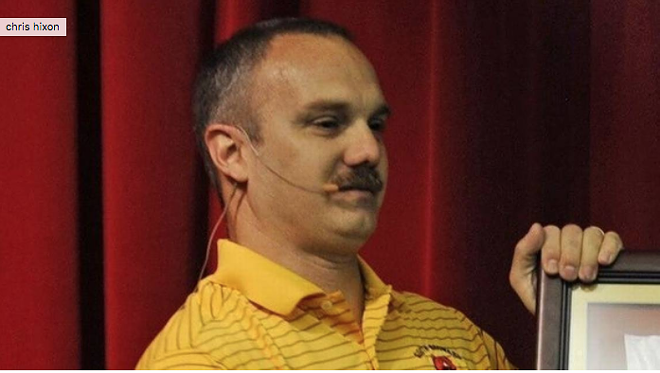 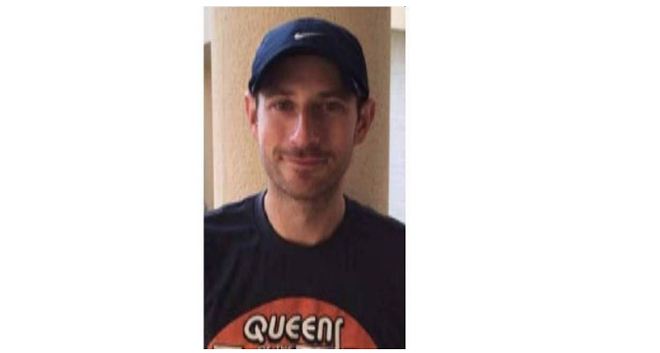 Photo via Miami Herald
Beigel was a geography teacher at the school who unlocked his classroom to allow panicked students to take shelter inside during the shooting. Beigel was shot as he attempted to lock the door behind the students, according to the Miami Herald.


This is 15 year old Peter Wang. He was in the school’s ROTC program. He held the door open for other students so they could escape. His cousin said “He wasn't supposded to die. He was supposed to grow old with me.” Wang died yesterday while saving others.#GunReformNow pic.twitter.com/2c47yzL0ad

Wang was shot as he held the door open so that other students could escape.

From a post on a family member's Facebook page: "Though she was some what reserved, she had a relentless motivation towards her academic studies, and her soft demeanor brought the best out in all who knew her. She was so brilliant and witty, and I'm still wrestling with the idea that she is actually gone."