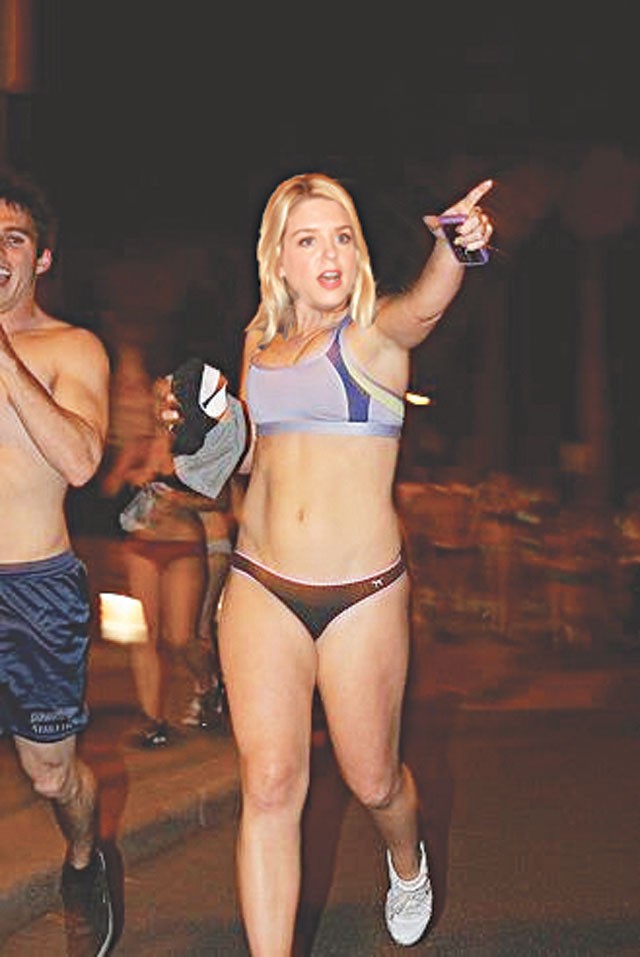 While turnabout Gov. Rick Scott was in Tallahassee delivering an unlikely budget (that has nothing whatsoever to do with the fact that he's screwed in the run-up to next year's gubernatorial stakes), his favorite cheerleader, Attorney General Pam Bondi – seriously, she has the cadence and demeanor of a Friday Night Lightbulb – was making her own public relations noise right down here at Orlando City Hall. Flanked by hizzoner Mayor Buddy Dyer, Bondi shimmied into the rotunda and right up to a lectern on Friday morning, where Dyer cooed an introduction to her that included the words "incredible" and "tenacity," tellingly.

Bondi, said Dyer, is "somebody that gets things done."

Bondi did, after all, deliver the goods on a state-and-federal agreement that drained $25 billion from five big banks – Wells Fargo, Bank of America, Citi, Ally and J.P. Morgan Chase – for their unsavory mortgage practices that led to the bottom falling out of the economy. A not-too-shabby $8.4 billion of that came to Florida, with $7.6 billion of that going to loan modifications and other measures to keep people in taxable houses. (Ironically, Gov. Scott killed a viable plan for helping homeowners while Bondi was making her speech.) An additional $170 million of the big sum has been earmarked to pay off folks whose homes were foreclosed upon between 2008 and 2011. Trouble is, only 55 percent of that money has been doled out, and the deadline has sort of already passed (except it hasn't really, and that's presumably why Bondi came to Orlando, a noted foreclosure capital, to make it look like she really cares).

Victims of false affidavits, lost paperwork, robo-signing or other horrible banking practices are urged to go to myfloridalegal.com or nationalmortgagesettlement.com to file a simple complaint soon, thus entitling them to potential thousands of dollars for their humiliating experiences.

"One thousand dollars is a lot of money to me," Bondi said, only somewhat disingenuously. Also, we're behind Michigan in claims, and Bondi is not going to let her varsity team lose to mean old Michigan.

We were about to lose ourselves in the yawns of watching the nice lady make mean faces and saying things like "My office in Florida will be closely monitoring everything that those banks do," when we were snapped back to life by Dyer on Bondi's dismount. We don't think you're ready for this jelly, but here goes.

"Come over here, Billy," Dyer motioned, "I'd like you to meet Attorney General Pam Bondi." Uh-oh.

"Maybe you can get her to run in our run next week," Dyer said, completely seriously.

"What? You mean the Undie Run?" We were slightly taken aback.

"Well, I did come down here and walk in the breast cancer walk with Ann Romney last year," Bondi said. (Clearly, she wasn't getting it.) "I met so many wonderful survivors that day."

"But were you in your underwear?" We stared her down as she giggled. And just like that, she was whisked away to go talk about synthetic drugs in Ocala. The end.