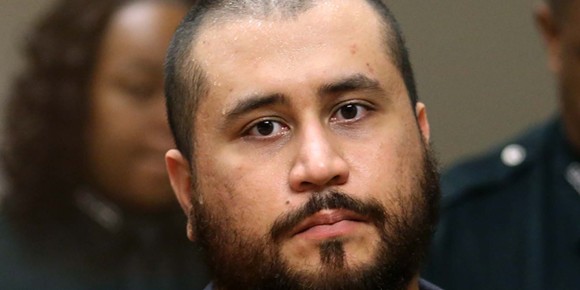 Photo via Huffington Post
George Zimmerman, a hulking local turd who was acquitted for the murder of an unarmed Trayvon Martin in 2012, has now threatened to beat up Jay-Z and feed him to an alligator.

Zimmerman recently told the website The Blast that two weeks ago a production team working on Jay-Z's upcoming Trayvon Martin documentary stopped by his parents and uncle’s homes in Florida and "harassed" them.

While the child-killer didn't specify how exactly they were harassed, he did say that "anyone who fucks with my parents will be fed to an alligator."

Jay-Z and the Weinstein Company are currently working on a six-part series called Rest in Power: The Trayvon Martin Story.

Zimmerman, who was kicked out of the Corona Cigar Company in Lake Mary last year for allegedly calling the manager a "ni**er lover," also told the website that he knows "how to handle people who fuck with me, I have since February 2012."


Jumping to Jay's defense, Snoop Dogg responded on Instagram to Zimmerman's comments by saying, "If one hair on Jays hair is touched that’s when the revolution will b televised. We 👊🏾and to thank the system let the Bitch ass muthafucca get away with murder try it again 🙏🏾Trayvon Martin Gone but not forgotten."