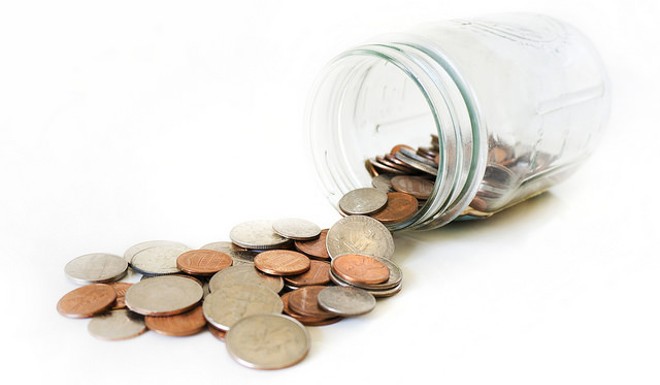 Photo by Pictures of Money via Flickr
Florida's minimum wage will go up a whole 21 cents in 2019 for a new hourly wage of $8.46.

Wages for tipped employees will also increase by 21 cents from $5.23 to $5.44 per hour, according to the Florida Department of Economic Opportunity.

That's a $437 increase annually, which still keeps Florida workers below the federal poverty level of $25,100 annual income for a family of four. State law requires FDEO to calculate a minimum wage rate each year based on the percentage increase in the federal Consumer Price Index in the South Region for the 12-month period prior to Sept. 1, 2018.

The minuscule cash influx of about $36 every month that workers will get under the new state minimum wage is probably not enough to stop one out of every three households in Orlando from being considered "cost-burdened." Cost-burdened households spend more than 30 percent of their income on rent or mortgage rather than food, transportation, health care and other necessities.

$15 an hour is great, but it's still not enough to live in Orlando


A 2018 report from the National Low Income Housing Coalition found renters in the Orlando metro area need to earn at least $16.33 an hour ($33,960 a year) just to afford a studio apartment and not be rent burdened.

Workers who earned Florida's current minimum wage of $8.25 an hour would have to work 84 hours a week to rent a modest one-bedroom at fair market rates.

The pennies that get thrown at Floridians every year are clearly not enough to survive – 44 percent of Florida households reported in 2017 that they struggle to make ends meet.