Photo via Brightline
All Aboard Florida's "higher-speed" train Brightline hit and injured a pedestrian near Fort Lauderdale Thursday evening, making it the sixth accident since beginning operation in January.

According to the Miami Herald, the man who was hit lay down between the tracks, which allowed the train to cruise over him without killing him.

All Aboard Florida's Brightline debuted its new railway connecting Fort Lauderdale and West Palm Beach on Jan. 12 and since then there have been four fatal and two non-fatal accidents.

The company says their safety measure are not at fault. In late January they put up electronic safety signs next to busy railway crossings after four pedestrians were killed, reported the Associated Press.

Consequently, lawmakers pushed for more preventive measures in regard to safety and put the responsibility on the privately-owned railway. Orlando Weekly reported Brightline President Patrick Goddard says the company will implement Positive Train Control, which will slow down a train that is traveling too fast, later this year.

Brightline, which travels between 79-125 miles per hour, has plans to expand its routes to include a three-hour Orlando-to-Miami route this year, although no specific date or ticket prices have been announced. 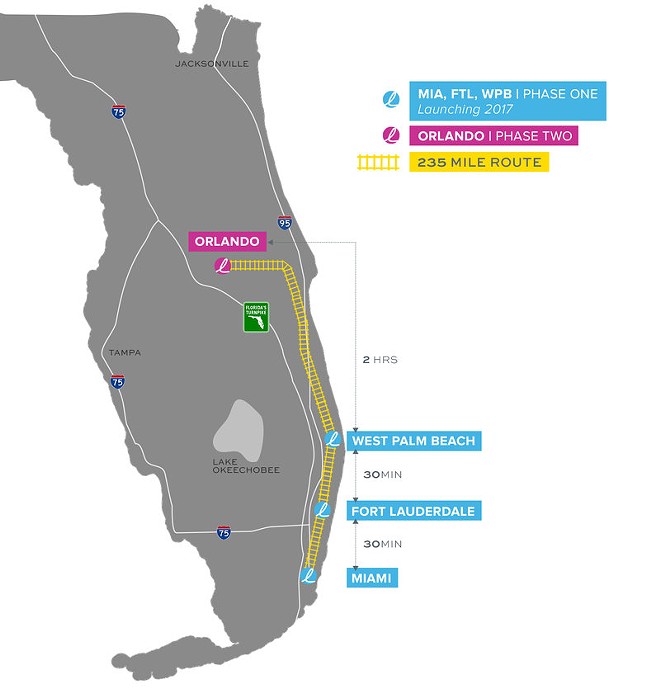