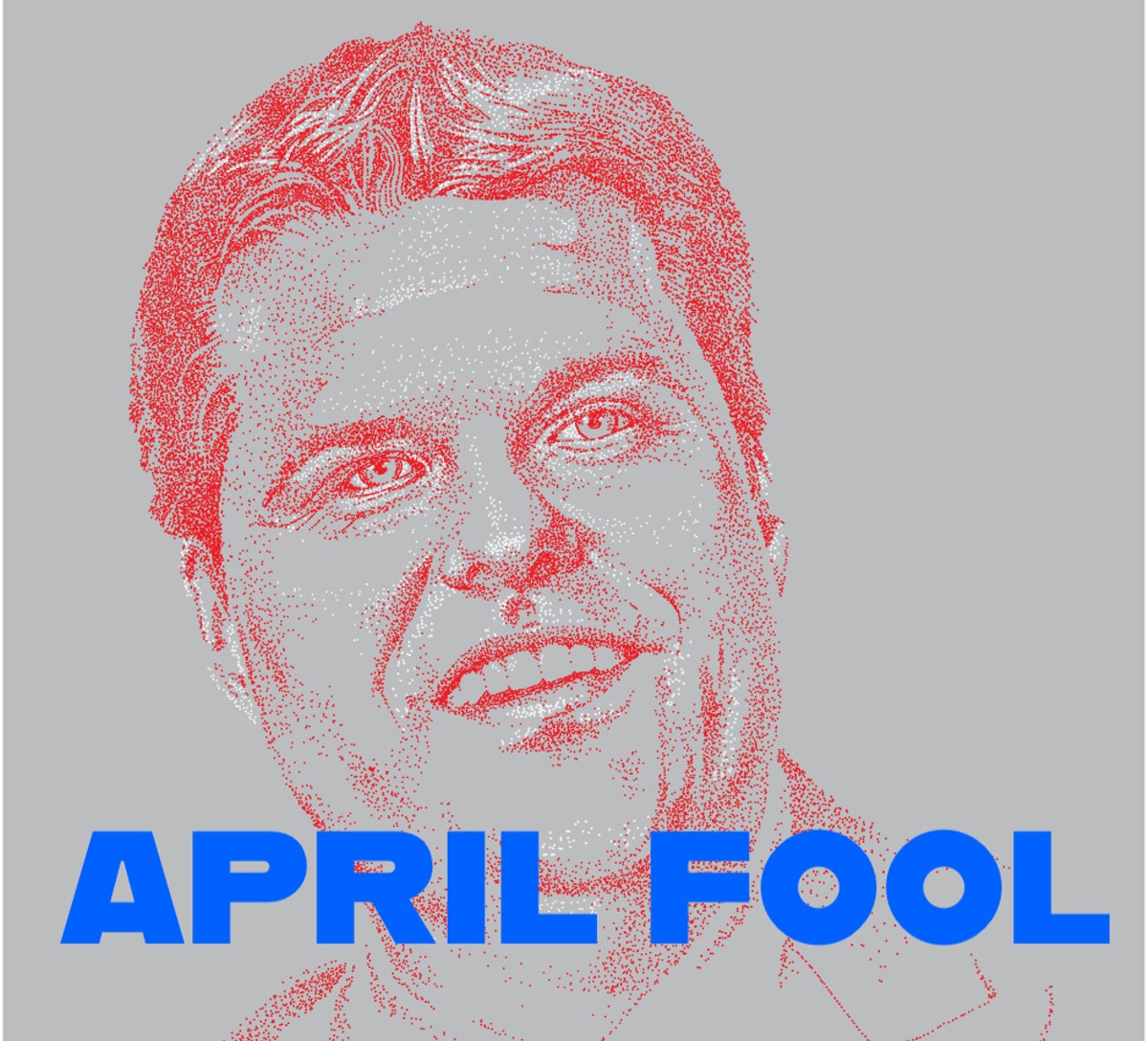 It's been a bad day week month for Rep. Matt Gaetz. Last Tuesday's New York Times report detailing allegations of sex trafficking dropped a cherry bomb in Gaetz's toilet, kicking off the kind of news cycle every politician dreads. We're sure there's more to come, but so far every day, seemingly every hour, has brought new twists and turns to this squicky yet totally unsurprising saga.

Before his ascension amongst the Trumperati, which has given him the opportunity to truly revel in his fuckwittery on a national stage (swanning around in a gas mask on the House floor in March 2020 to "own" those calling for COVID protocols; inviting an accused white nationalist and Holocaust denier to the State of the Union; breaking into a secure room of the Capitol building to disrupt impeachment hearings — while livestreaming on his phone; telling MSNBC that "everywhere you look in Haiti, it's sheet metal and garbage"), Gaetz was best known in Florida for the several DUIs he'd gotten out of thanks to his rich daddy, Rep. Don Gaetz. (And for the points-for-boinks game he set up among the Tallahassee frat-bro caucus; more on that below.)

Here are a few of the stories from Gaetz's septem horribilis. Many happy returns.

Congressman Matt Gaetz, a Florida Republican who was literally the only person to vote against a 2017 bipartisan anti-sex trafficking bill, is now reportedly being investigated for having a sexual relationship with a 17-year-old girl and violating laws against sex trafficking in the process.

According to a report from the New York Times, the investigation was launched during President Donald Trump's term, under former attorney general William Barr, and focuses on an alleged 2019 relationship between Gaetz and a 17-year-old girl. The investigation also looks at whether or not the Florida congressman paid for her to cross state lines, which would breach federal sex trafficking laws.

The investigation is part of a larger inquiry into former Seminole County tax collector and Gaetz pal Joel Greenberg, who was charged last year with 14 felony counts accusing him of stalking a political opponent, using a state database to create fake IDs, and sex trafficking a minor between the ages of 14 and 17, reports the Times.

Gaetz told the publication that the Justice Department informed his lawyers that he was the subject and not the target of the Greenberg investigation. "I only know that it has to do with women," said Gaetz to the Times. "I have a suspicion that someone is trying to recategorize my generosity to ex-girlfriends as something more untoward."

This isn't the first time Gaetz has been accused of sexual misconduct. Last year, Florida state Rep. Chris Latvala accused the congressman of designing a "game" with a point system for "sleeping with aides, interns, lobbyists, and married legislators." The game, which was first reported by the Miami Herald, awarded one point for a having sex with a lobbyist, two for a staffer, three for another legislator and six for a married legislator.

At the time, Gaetz denied to the Tampa Bay Times that he created, had knowledge of, or participated in the game.

A drowning person will frequently appear calm, at least compared to the thrashing, screaming depictions we see on television. One giveaway that lifeguards are trained to look for is the act of climbing an invisible ladder. Panicked swimmers will push down at nothing, trying to create space between themselves and the water. This can continue into rescue efforts, with the swimmer trying to climb anyone who tries to help them, pushing them under to get a second more air.

All this is to say, Matt Gaetz definitely looked like he was drowning in a bizarre interview on Fox News' Tucker Carlson Tonight on Tuesday. Underneath the layers of polish that make him look like an animatronic Texas preacher at the world's saddest Chuck E. Cheese, Gaetz was sweating as he ranted about extortion plots and possible links between the Biden administration and a reported investigation for sex trafficking-related crimes.

Carlson invited Gaetz on to his show. The environment could not be friendlier, with Carlson admitting that he had no questions for Gaetz and was giving him free rein to state his case.

Gaetz thrashed around at the Department of Justice and the host of the show, pushing down on anything he could get his hands on. He named former DOJ employee David McGee, saying that he asked Gaetz for money in exchange for sweeping these charges under the rug.

"I know that there was a demand for money in exchange for a commitment that he could make this investigation go away, along with his co-conspirators," Gaetz said. "They even claimed to have specific connections inside the Biden White House. I don't know if that's true, they were promising that Joe Biden would pardon me. Obviously, I don't need a pardon."

It can be hard to tell how Carlson feels about what's being said by any guest. Much has been made of his resting face of deep, slack-jawed confusion. But after the close of the interview, Carlson called the segment "one of the weirdest interviews I've ever conducted."

Following the interview, Gaetz doubled down on his extortion story on Twitter.

Matt Gaetz now knows what it's like to be stuck in a room with him. Like any unlucky souls who have ever had to listen to the self-described Florida "firebrand," Gaetz finds his situation getting bleaker by the second.

The latest blow to the Florida conservative and professional troll came via House of Representatives leadership. Speaker Nancy Pelosi said that the Ethics Committee should look into allegations that Gaetz had an inappropriate relationship with a 17-year-old girl. During a press conference on April 1, the House's top Democrat said that Gaetz should be stripped of his committee positions if there's any truth to the allegations.

"If, in fact, these allegations are true, of course being removed from the Judiciary Committee is the least that could be done," Pelosi said during a press conference, per The Hill. "But again, I think from what we've heard so far, this would be a matter for the Ethics Committee." (Could there be just a tinge of sweet, sweet revenge for Gaetz filing an ethics complaint against Pelosi after she ripped a copy of Trump's State of the Union speech in half? You come at the queen, you best not miss.)

The generally disliked politician will find no help from his own party. House Minority Leader Kevin McCarthy told Fox News that they won't stand in the way of his removal if allegations proved to be true.

Beyond the matter of losing his leverage in Congress, Gaetz could also face charges for misuse of campaign funds. The same investigation that is looking into whether or not Gaetz induced a minor to cross state lines for the purposes of sex, which meets the federal standard for sex trafficking, is also checking whether or not Gaetz misused campaign funds in the process. CNN's Evan Perez reports that investigators are digging into the source of funds that might have been used to pay for travel and expenses illegally.

Friday, April 2: "Florida Rep. Matt Gaetz allegedly showed nude photos of women he claimed to have slept with to lawmakers"

It's become a bit of a point of pride among locals that even our petit boug are just well-heeled iterations of Florida Man. Our local politicos are downright weirder than most places, to reflect the character of the place they're supposed to represent. Still, there are unwritten rules around the tone of famous Florida Man stories and, similarly, that pride only holds as long as people aren't being hurt. It's hard to laugh along with an out-and-out creep. And all possibility of criminality aside, Florida House representative Matt Gaetz does appear to be a real skeeve. The latest reports claim that Gaetz showed nude photos of women he claimed to have slept with to his fellow legislators.

Two unnamed sources told CNN they were shown the photos and videos directly. All the anonymous tipsters shared that Gaetz was a known braggart when it came to his relationships. One of the sources got specific and shared that one video was of a naked woman hula hooping.

Those allegations have nothing to do with the ongoing Department of Justice investigation into the congressman.

The story laid out by Times sources shows [Joel] Greenberg connecting Gaetz with women he met on various sugar daddy platforms, where women are linked with well-off men who trade gifts, money and other expenses in exchange for dates. The sources allege that Gaetz had sex with several women he met via Greenberg and paid them over cash transfer apps.

Several of the women who spoke to the Times allege Gaetz took ecstasy during their encounters, which is not the first time Gaetz has been accused of illicit drug use by those in the know. A recent Daily Beast article paints a similar picture.

Gaetz, for his part, denied the allegations through his office. "Matt Gaetz has never paid for sex," the statement shared with the Times said. "Matt Gaetz refutes all the disgusting allegations completely. Matt Gaetz has never ever been on any such websites whatsoever. Matt Gaetz cherishes the relationships in his past and looks forward to marrying the love of his life." He claims the initial leak of the DOJ investigation into whether or not he had an inappropriate relationship with a minor was part of an extortion plot to bilk his family for money. In an interview with Tucker Carlson and subsequent tweets, Gaetz asked the DOJ to release tapes that would prove his family was the target of an extortion scheme.