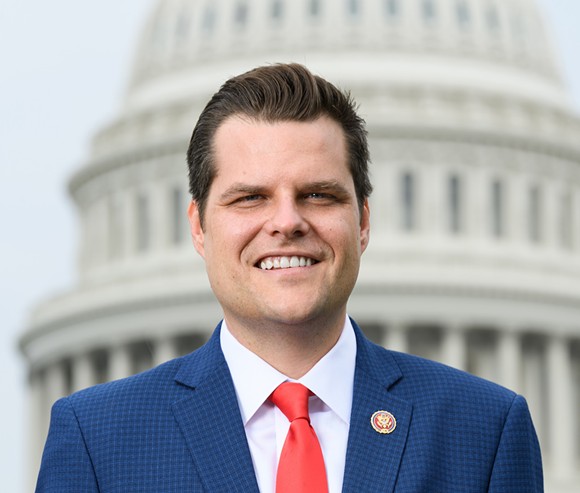 Photo via U.S. House Office of Photography
It's not news to anyone in Central Florida that Joel Greenberg could be particularly sloppy.

The former Seminole County tax collector is facing 33 charges ranging from sex trafficking to embezzlement in service of cryptocurrency-mining  schemes. The charges are as varied as they are brazen, with allegations that Greenberg was stealing IDs from his office and set up an separate account in the office's name to funnel funds. Still, we would expect someone involved in seemingly seedy activity to set his Venmo to private.

A new report from The Daily Beast found that Florida congressman Matt Gaetz sent his associate Greenberg money publicly over Venmo. Greenberg then sent the same amount of money to three young women, with the descriptions "school" and "tuition."

Gaetz, for his part, was much more direct. He wrote "test" in one payment and "hit up [nickname of one of the young women]." There is no indication that the young women were underage in the report, though using Greenberg as a go-between clouds the matter. The former politician is facing charges of trafficking a minor, reportedly the same person at the heart of Gaetz's investigation. Sources who spoke with the New York Times confirmed  that women received payments or gifts in exchange for sex with Greenberg and Gaetz.

Gaetz has denied ever paying women for sex, via his office.

The truth of that may well be tested in coming weeks. All signs point toward Greenberg cooperating with the authorities looking into Gaetz, potentially in exchange for a plea deal. 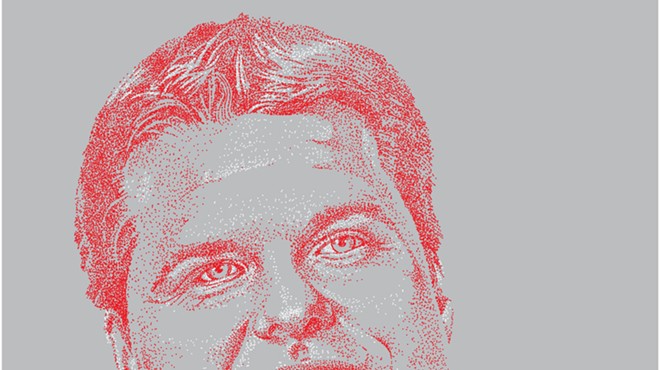