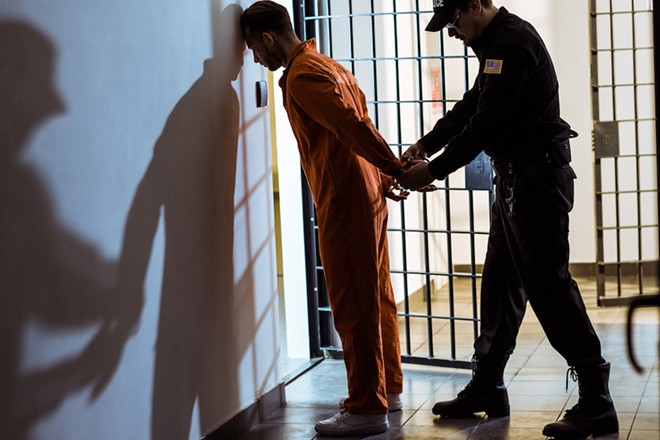 Photo via Adobe Stock
Two months after Gov. Ron DeSantis allowed 18-year-olds to work as correctional officers in an effort to alleviate worker shortages, prison officials continue to wrangle over how to fix “critically low” staffing levels at state facilities.

Heading into the 2020 legislative session, Florida Department of Corrections officials are asking lawmakers for nearly $90 million to address “exceptionally high turnover rates,” which they say exacerbate understaffing at prisons.

The agency wants to put in place a $60 million retention-pay plan for correctional officers and launch a $29 million pilot program that would allow prison guards in approximately one-third of the state’s prisons to reduce their 12-hour shifts to 8-hour work days.

“Staffing at the department has reached critically low level, and many of the staff currently employed are extremely inexperienced,” agency officials wrote in a 2020-21 legislative budget request filed Sept. 16.

Prison officials say staffing problems over the last decade have contributed to more violence and more drugs coming into the nation’s third-largest prison system. The issues also create an environment that leads employees to leave the job at a high rate, state officials say.

“We are in a spiral,” Matt Puckett, executive director of the Florida Police Benevolent Association, told The News Service of Florida. “The Legislature really has to step up.”

Puckett said he supports the agency’s proposed retention-pay plan, but said the “jury is still out” on whether his association will support the change in the number of daily work hours.

“Whether or not it can be accomplished, to me, is an open question,” Puckett said.

To cut back on guards’ shift hours, prison officials would need $29 million to hire 292 new full-time correctional officers, according to the proposed spending plan. Puckett suggested that may be difficult to accomplish.

“To do that, you need to bring in more staff and keep them over the long run,” Puckett said, adding that retaining correctional officers, not hiring them, is the agency’s biggest problem.

In its budget request to lawmakers, however, the state agency says reducing 12-hour shifts to eight hours would reduce staff fatigue and misconduct, and lower the cost of “unbudgeted overtime dollars.”

A broader issue Puckett wants the state agency and lawmakers to tackle is increasing the base pay for correctional officers. While increasing salaries remains a top issue for the association, Puckett says a retention-pay plan is a good start.

Under the agency’s proposed retention-pay plan, correctional officers would get a $1,500 pay increase after 2 years of service and a $2,500 increase after 5 years of work.

The pair of proposals, which are part of the agency’s overall $2.8 billion budget request, will be a priority for Department of Corrections Secretary Mark Inch, according to Michelle Glady, a spokeswoman with the state agency.

Inch, who was appointed by DeSantis earlier this year, this spring helped spearhead a legislative effort to lower the minimum age to work as a correctional officer in the state from 19 to 18. DeSantis approved the law, which went into effect July 1.

In the social media ads, the department offers applicants same-day job offers and emphasizes that no experience is needed for the job. The ads also tout tuition-reimbursement programs and starting salaries of $33,500 a year.

But the law has not been in effect long enough to know if 18-year-olds will help address the problem, which state officials admit is worsened by having “extremely inexperienced” staff.

Puckett said many veteran correctional officers are concerned about the new law, saying 18-year-olds do not have “enough life experience” to oversee hundreds of inmates.

“On the flip side, beggars can’t be choosers,” he added.