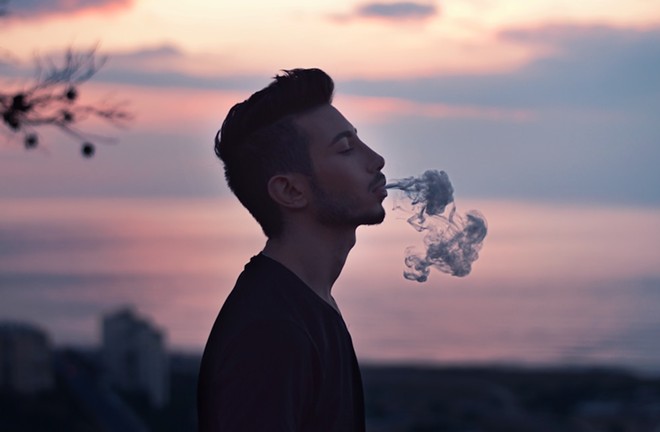 Photo by Yousef Espanioly / Unsplash
A state House member wants to increase the legal age for vaping and smoking tobacco from 18 to 21 in Florida.

"As a mother of five myself, with children in both middle school and high school, this issue is alarming and urgent. Precious lives are at stake," state Rep. Jackie Toledo, R-Tampa, said in a prepared statement Thursday. "I believe there is no debate here. Keeping our children safe is paramount and something everyone should support. Failure to do so will bring tragic consequences. How many more deaths will it take?"

Toledo's announcement came after President Donald Trump's administration said Wednesday it intends to finalize a policy that would ban flavored e-cigarette products, including flavors such as bubble gum and apple, that appeal to young people.

Also, it came after a Sept. 6 recommendation from the federal Centers for Disease Control and Prevention for people to stop using e-cigarettes until a multi-state investigation into lung-related illnesses is complete. The illnesses are being called VAPI, or vaping associated pulmonary injury.

Toledo's bill (HB 151), which is filed for the legislative session that starts Jan. 14, also would ban the sale of flavored liquid nicotine products.

The bill is not the first time that the Legislature has been asked to weigh in on what has become a pressing public-health issue in Florida and nationwide.

Florida lawmakers last year scrapped proposals to increase the legal vaping and smoking age to 21. However, the demise of the bills wasn’t lamented by early supporters – which included the American Cancer Society Cancer Action Network, among others – because the proposals had been significantly altered. For instance, while the proposals would have increased the age to purchase tobacco products, they also would have weakened other regulations. 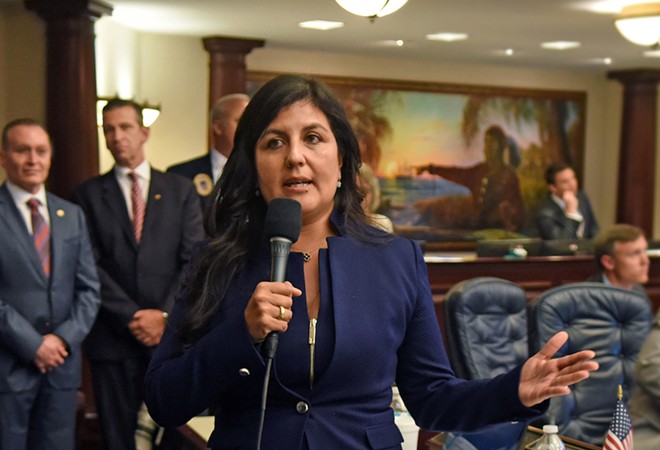 Photo via Florida House of Representatives
Rep. Jackie Toledo (R-Tampa)
“This is a very complex issue,” said Matt Jordan, Florida director of government relations for the American Cancer Society Cancer Action Network. “It’s not just crossing out 18 (in the law) and inserting 21. There’s a lot of comprehensive policy that goes into this.”

But Toledo’s efforts could be buoyed by the recent national attention about e-cigarettes and vaping.

As many as 450 people in 33 states – including Florida – have suffered vaping-related lung illnesses. The Centers for Disease Control and Prevention said on its website that the multistate investigation has "not identified any specific substance or e-cigarette product that is linked to all cases." But it said many patients reported using liquids that contained cannabinoid products, such as tetrahydrocannabinol, or THC, the euphoria-inducing chemical in marijuana.