It's vitally important that you don't. 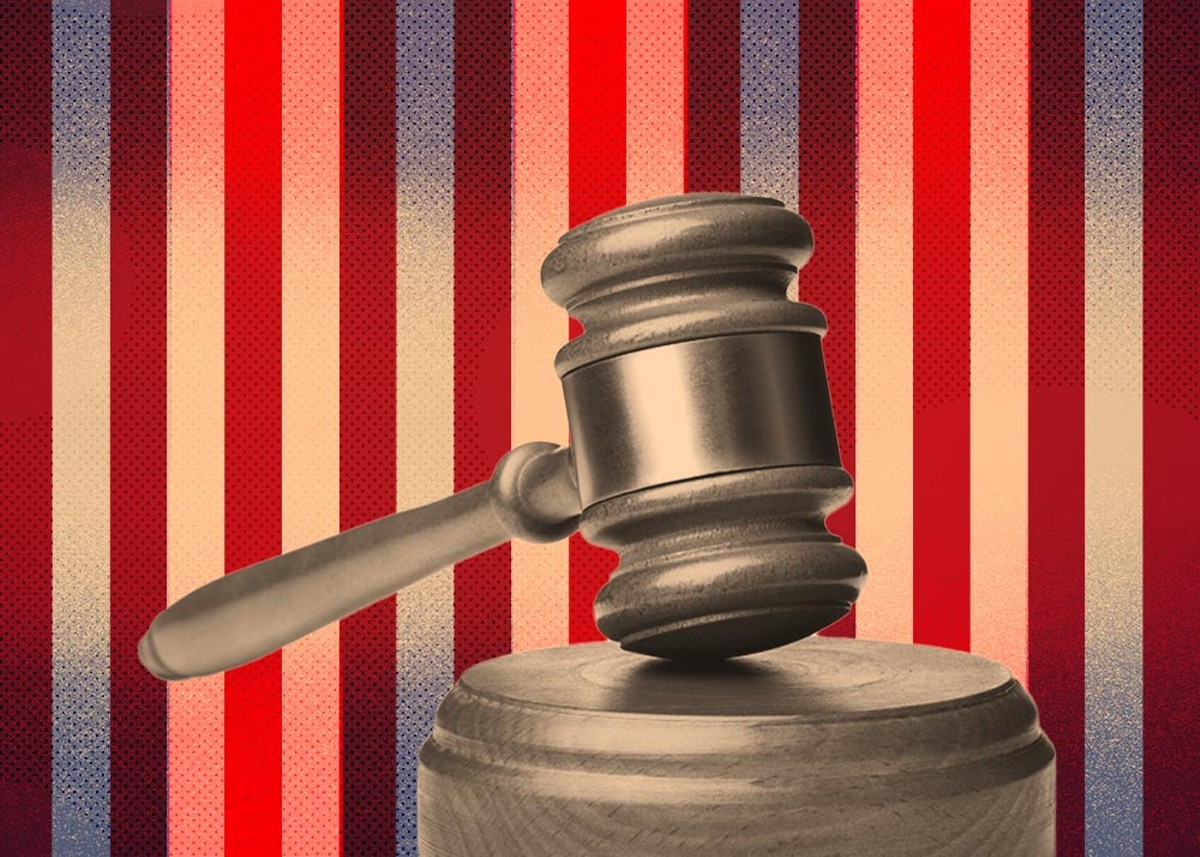 2022 marks the year that five Florida Supreme Court justices will stand for retention election, meaning voters have the power to kick them out, should they so choose. Justices Jorge Labarga, Ricky Polston, Charles Canady, Jamie Grosshans and John Couriel will all be on the ballot in this fast-approaching election, and among these overwhelmingly conservative justices all that remains to be seen is just how much of a rubber-stamp most of them are going to be for Gov. Ron DeSantis, should he win re-election.

Regarding the District 5 Court of Appeals candidates on your ballot, here's a handy Orlando Weekly life hack for you: If a judge's bio proudly touts their membership in the truly awful Federalist Society, just go ahead and vote against them, no questions asked. Of this crop of candidates, only Judge Jay Cohen is a strong yes for us; though we can't say we really love any of the rest. (Only Wozniak and Nardella are members of the Federalist Society.)

Ricky Polston: If you've ever wondered who's responsible for those ugly "Choose Life" license plates, thank Polston. Appointed to the Florida Supreme Court by Charlie Crist, Polston has a track record of prioritizing his religious beliefs when it comes time for decision-making, as seen in his time as an appeals court judge when he argued against the state constitution in an attempt to grant state money to religious charter schools. He's best known for his strong anti-abortion stance, as when he dissented in a case blocking the 24-hour abortion waiting period — and, of course, those heinous and triggering license plates. Another of Polston's highly notable decisions was his dissenting opinion against the Florida Bar's amicus brief opposing a law that enabled the prohibition of LGBTQ+ families adopting children. Polston has also expressed interest in returning to his alma mater, Florida State University, to serve as the university's president. Maybe it's time for him to leave the court for good.

Jorge Labarga: Labarga seems to stand alone instead of alongside his colleagues who are also facing re-election. Labarga, also appointed by then-Republican Gov. Crist, holds moderate views when compared to the overbearingly conservative decisions upheld by his fellow justices. He notably dissented on a 4-1 decision that blocked the application of a wider-range ruling on intellectual disability in relation to death sentencing case from decades prior. Labarga said that this decision would create an "increased risk" for execution. He also was the lone dissent against DeSantis' controversial plan for redistricting throughout the state. One of Labarga's passion projects has been the creation and permanent preservation of a panel allowing moderate- to low-income residents better access to the civil-legal system in order to close a "civil justice gap." Labarga became the Florida Supreme Court's first Cuban-American chief justice upon his appointment in 2014. He held the position until 2018, becoming the first chief justice in a century to serve consecutive terms. Although he still leans right, he is the least extreme of the justices up for retention.

Jamie Grosshans: If we're talking about personal politics, Washington, D.C., may have SCOTUS Justice Amy Coney Barrett, but Florida has Jamie Grosshans. Grosshans may be a lone wolf as the only woman on the Florida Supreme Court up for retention, but she joins her fellow justices in the conservative majority. Although newly appointed in 2020 by Gov. Ron DeSantis, the judge from Central Florida has not wasted time making her actions speak louder than her words. Grosshans declined to hear arguments for a case centered on giving charter schools voter-approved tax funds reserved for traditional public schools. (The funds would've been used to help with school safety and teacher pay.) She also refused to hear from voting rights groups on a case of DeSantis' plan for reconstructing voter congressional lines in Florida. Her refusal to intervene has allowed the 1st District Court of Appeals to bar a Lee County Circuit Judge from making any decisions.

John Couriel: With a background in corporate law, it's no surprise Couriel is a big-time ally to major corporations. Appointed by DeSantis in 2020 and up for a first-time retention, Couriel notably concurred in what was one of the biggest cases taken against Big Tobacco, joining the conservative majority to make it much harder for Floridians to sue for smoking-related diseases and wrongful deaths. Couriel also concurred with the majority opinion to extend protection under the apex doctrine to DeSantis, so he won't be required to give a deposition regarding why he booted a Hillsborough state's attorney who said he would not prosecute women who sought abortions, abortion providers, or doctors who provide gender-affirming treatment to minors. Couriel also refused to challenge DeSantis' controversial plan for redistricting voter lines throughout the state, leaving the decision up to the 1st District Court of Appeals and likely to go DeSantis' way.

Charles Canady: Charles Canady has had a long career in politics and is no stranger to retention, as this is his third time up for re-election. The former Chief Justice and Congressman has been on the bench for 14 years and was appointed by Crist in 2008. While the Florida Supreme Court had a liberal majority prior to 2018, Canady was a frequent dissenter. Canady has written many notable decisions, such as his dissent in a 2016 death penalty case that was overturned in 2020. The 2016 case focused on cutting out the role of the jury and giving a judge more power to impose a death sentence. The liberal majority issued a ruling that deemed a unanimous jury had the right to impose a death sentence and concluded that the Florida death penalty system was unconstitutional. Canady wrote that jurors should not determine a death sentence. He also dissented in a 2015 case centering on redistricting lines in congressional districts that had issues with gerrymandering. Canady frequently joins Polston when ruling on cases; both justices dissented on the aforementioned case centering on LGBTQ+ adoptions.