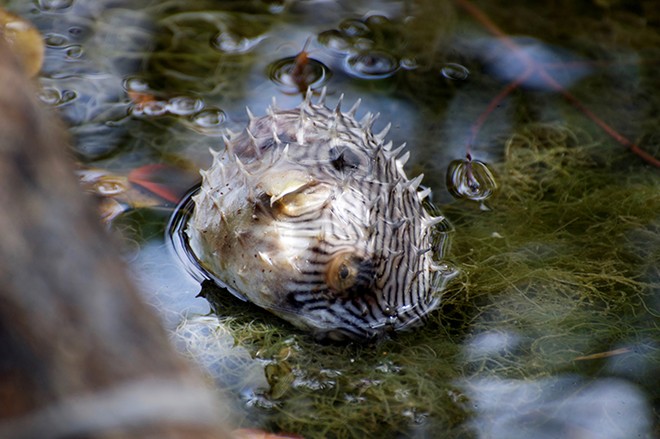 Photo by Monivette Cordeiro
Florida Gulf Coast University is requesting more than $9 million in state funding to launch a multidisciplinary research initiative on red tide and blue-green algae's tolls on the state's waterways.

Though the bloom cycle is a seasonal occurrence, last year's red tide was the state's worst since 2006. Not only did it leave a dent in Florida's multi-billion dollar tourism industry, but it attributed to the rancid-smelling mass graves of thousands of sea creatures across the state's beaches, from manatees to dolphins, fish to sea turtles, according to the Florida Fish and Wildlife Conservation Commission.

It was bad – so bad, in fact, that in early August, then-Gov. Rick Scott, a Republican who will not go down in history for his environmental sensitivity, declared a state emergency.

If funding is acquired, researchers will focus on several key areas: which nutrients fuel red tide, red tide's environmental impacts, its economic impacts, its impacts on human health, how to prevent the blooms, how to predict it, and how to mitigate a future crisis and educate the public.