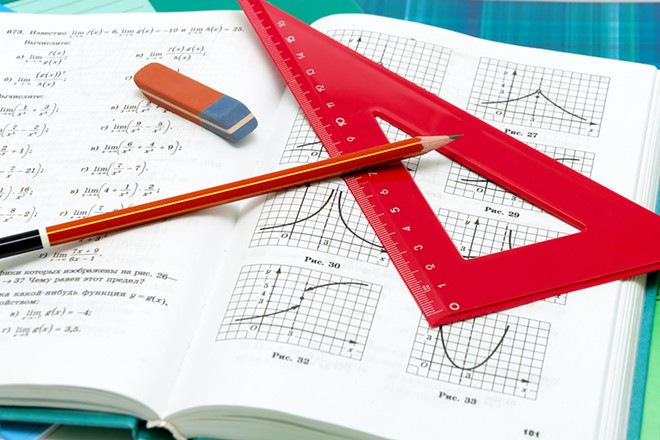 The first wave of new textbooks to fall under a series of revised standards in Florida saw an astonishing amount of rejections.

The Department of Education announced that it had tossed over 70% of proposed math textbooks for kindergarten through fifth grade for either teaching Common Core standards or including subjects that ran afoul of Republicans' push against "Critical Race Theory."

"It seems that some publishers attempted to slap a coat of paint on an old house built on the foundation of Common Core, and indoctrinating concepts like race essentialism, especially, bizarrely, for elementary school students,” said Gov. Ron DeSantis in a statement. “I’m grateful that Commissioner Corcoran and his team at the Department have conducted such a thorough vetting of these textbooks to ensure they comply with the law."


Seemingly unaware of how ridiculous the phrase "race essentialism" sounds while talking about math textbooks for children, DOE Commissioner Richard Corcoran also promoted the book-banning as a good thing.

"When it comes to education, other states continue to follow Florida’s lead as we continue to reinforce parents’ rights by focusing on providing their children with a world-class education without the fear of indoctrination or exposure to dangerous and divisive concepts in our classrooms," he said.