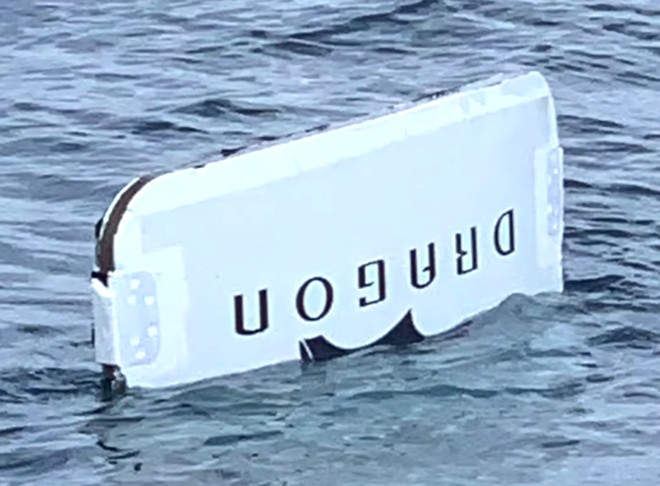 Screenshot via Sea Lover Fishing/YouTube
A Florida charter boat fisherman has quite a story to tell, after reeling in the door of a SpaceX spaceship off the Daytona Beach coast.

David Stokes, of Ponce Inlet, found what looks like a parachute door from the Space X Dragon crew capsule, along with some parachutes. He posted a video of his discovery to YouTube.

His haul came just 10 days after the Jan. 19 SpaceX test launch, in which a rocket was deliberately blown up. Stokes first saw the debris in the water, but his friends wanted to keep going. 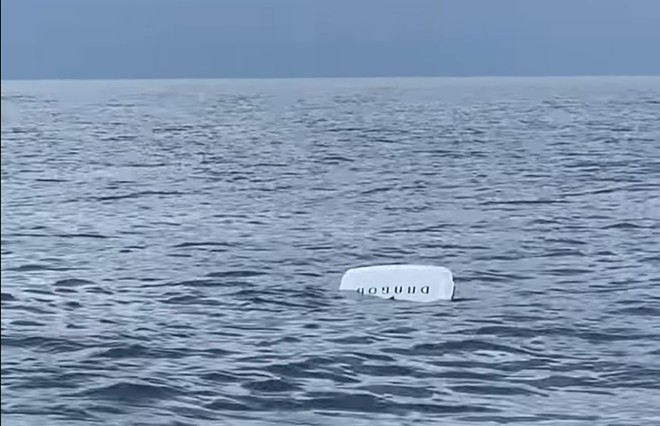 Screenshot via Sea Lover Fishing/YouTube
He eventually convinced them it was likely from the spaceship, and they turned back and began hauling in the objects, while recording video. Here's video from the in-flight abort test, which likely created the debris found by Stokes:
Stokes and his friends said the door was easy to pull up but the parachutes were more of an ordeal.

"After 40 minutes or so of wrestling with it, inches by inches, we finally pulled it all up," Stokes said in the video (which was shot vertically instead of horizontally, derf).

This is not the first spotting of rocket debris off the Volusia County coast, and with many more launches by private corporations ahead, it likely won't be the last. 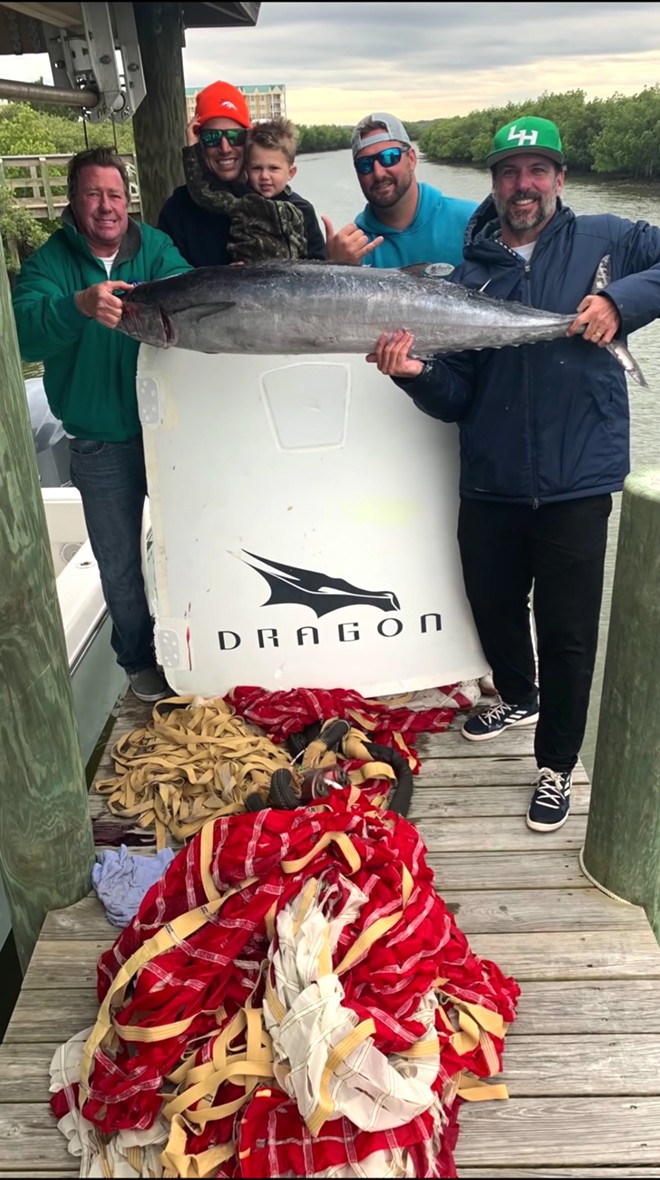 Screenshot via Sea Lover Fishing/YouTube
Stay on top of Orlando news and views. Sign up for our weekly Headlines newsletter.