Extremist incitement is now just business as usual for the GOP 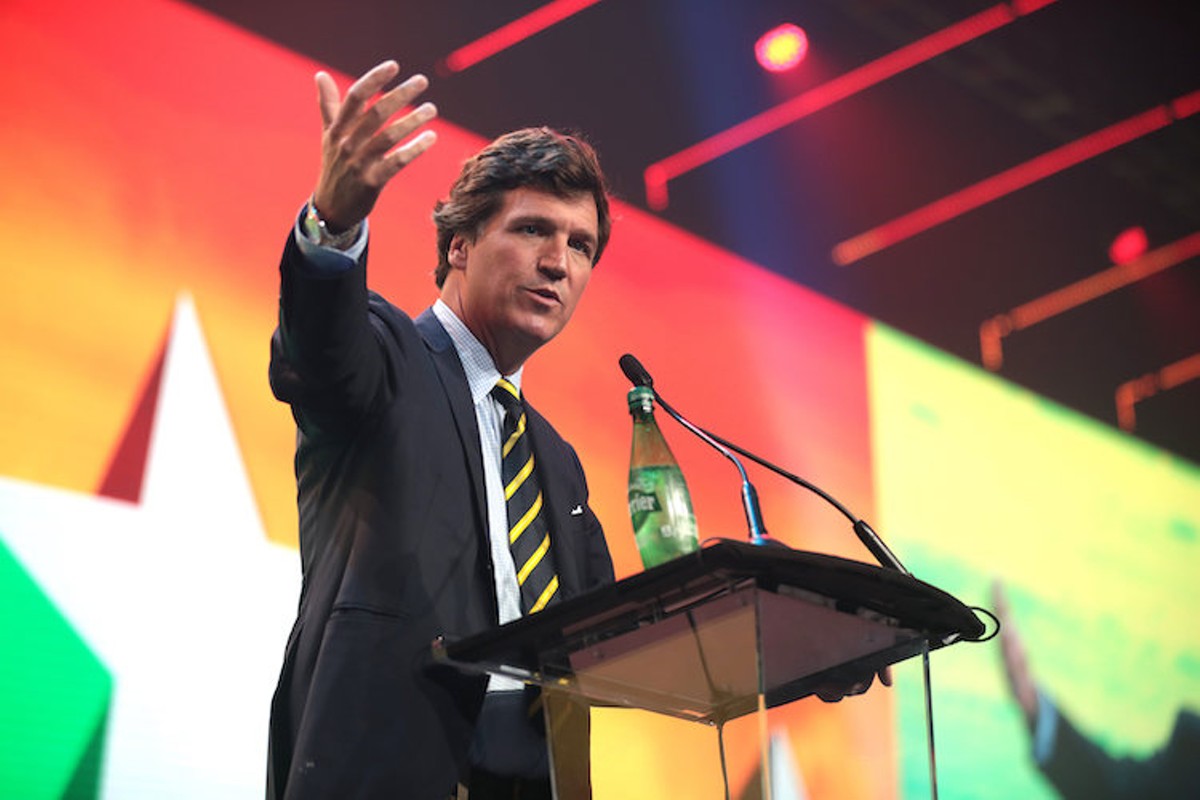 The 18-year-old white supremacist who drove 200 miles to shoot 13 people — 10 fatally, 11 Black — in Buffalo, New York, with an AR-15 on Saturday serves as yet another reminder of how thoroughly the corrupt sociopaths at the NRA have warped this country’s discourse about guns. That we’ve skipped the usual performative calls for “reform” only reveals the depths of our surrender.

But the massacre should serve as a powerful reminder of another depressing reality. The right has convinced many Americans that the country has been endangered by “wokeness”: schoolchildren learning about racism and having access to books with LGBTQ characters; social media platforms banning and corporations shunning conspiracy theorists and bigots.

For the last year, invented panics about critical race theory and cancel culture have dominated headlines. But that’s not where the monsters lie.

The Buffalo gunman, whom I won’t name, is an aficionado of the Great Replacement Theory, the idea that liberals are bringing in immigrants to outvote decent white Americans, who aren’t birthing enough babies to keep up. It’s easy enough to trace the theory’s intellectual journey from a New Deal-era Mississippi senator and KKK member to the Charlottesville Tiki torch parade in 2017 (“Jews will not replace us!”) to, most recently, Fox News pundit Tucker Carlson, who took it mainstream.

While Carlson has the biggest microphone, he’s arguably not the most important offender. Last year, Rep. Elise Stefanik of New York, the third-ranking House Republican, paid for Facebook ads that accused “radical Democrats” of plotting a “PERMANENT ELECTION INSURRECTION.”

“Their plan to grant amnesty to 11 MILLION illegal immigrants will overthrow our current electorate and create a permanent liberal majority in Washington,” the ad says, with an image of brown people reflected in Joe Biden’s sunglasses.

In other words, the Great Replacement Theory. (Though Stefanik’s staff called it a “new disgusting low for the Left, their Never Trump allies, and the sycophant stenographers in the media” to label it as such after the Buffalo shooting.)

A few weeks before she complained about the media reporting on what her ads said, she took to the House floor to denounce the supposed “invasion” on the southern border. Two days after the Buffalo shooting, she went back to the well: “Democrats desperately want wide open borders and mass amnesty for illegals allowing them to vote.”

J.D. Vance, the faux-populist who recently won the GOP nomination for Senate in Ohio, told Carlson in March: “Democrat politicians have decided that they can’t win re-election in 2022 unless they bring in a large number of new voters to replace the voters that are already here.” Rep. Matt Gaetz, the Florida congressman under federal investigation for dalliances with a teenager, believes Carlson “is CORRECT about Replacement Theory.”

Arizona state Sen. Wendy Rogers, an election conspiracy theorist, thinks “we are being replaced and invaded.” Former House Speaker Newt Gingrich said that immigrants would “drown” out “classic Americans.” (Whatever could he mean?)

Stefanik replaced Rep. Liz Cheney of Wyoming in the GOP leadership last year after Cheney was ousted for being anti-sedition. To win the job, Stefanik transformed herself from a pro-business Republican to the kind of full-on culture warrior who last week called Democrats “pedo grifters,” a wink to her party’s QAnon reactionaries.

On Monday, Cheney tweeted: “The House GOP leadership has enabled white nationalism, white supremacy, and anti-semitism. History has taught us that what begins with words ends in far worse.”

Cheney is undeniably correct and also likely to lose her primary in August. That is, in a nutshell, the modern Republican Party.

This sort of demagogic incitement — “replace,” “pedo grifters,” “invaded,” “overthrow” — has consequences. Not just what we saw in Buffalo — and before that, in Pittsburgh and El Paso, where mass shooters similarly embraced the white-replacement delusion — but in everyday vitriol and violence directed at members of marginalized and targeted groups.

The more acceptable extremism becomes, the more violence will follow. Reported hate crimes based on race rose nearly 40% from 2019 to 2020, according to the most recent FBI data, a byproduct of a Trump era rife with racial division. With Republicans turning their culture war on classroom “groomers,” don’t be shocked if the 2021 and 2022 data reveal increasing violence against the LGBTQ community.

We can’t worry only about hate crimes. Political violence will become more common, too, as will the overlap in this Venn diagram: right-wing terrorism, which is already the most urgent security threat the country faces.

Extremism has become so acceptable on the right that it’s no longer extreme.

On Tuesday, Pennsylvania Republicans might nominate candidates for senator and/or governor who participated in the Jan. 6 insurrection. Last week, Florida Gov. Ron DeSantis appointed a QAnon nutter to the state education board, then made her equally extremist husband the secretary of state with authority over elections.

The wife of a Supreme Court justice plotted with the White House chief of staff to overturn the results of an election; there were no consequences. The court’s hard-right bloc is poised to obliterate a half-century of abortion precedents — and remove protections for birth control and same-sex marriage, too, while anti-abortion groups plot to ban the procedure nationally — after lying to the Senate about Roe v. Wade being “settled law”; no consequences there, either.

And just as DeSantis used state law to punish Disney for halting donations to Republican politicians, Republican jurists want to prevent social media companies from regulating their own platforms. Last week, the right-wing Fifth Circuit Court of Appeals backed an absurd Texas law that prohibits many apps and websites from moderating posts by Texas residents — and prohibits companies from not doing business in Texas. (The judges did not seem particularly tech-savvy; one insisted that Facebook and Google “are not websites” but are “internet providers” instead — which, well, no.)

The Buffalo gunman live-streamed the shootings on Twitch, which removed his post within two minutes. Legal experts say that under Texas’ law, a Texas resident could sue the Amazon-owned company for doing so.