And any Natives who attend @pngisd should prolly just accept their classmates dehumanizing them cuz “tradition”, right?

Shame on @DisneyParks hosting this. Nostalgic racism is RACISM. pic.twitter.com/ELsJHRgJlw


It's been a bad few weeks for Disney's PR team. The latest blunder had little to do with the company's own actions and more to do with their platforming of a high school dance team that put on a highly offensive performance.

On March 15, a drill team for Texas' Port Neches-Grove High School performed during a parade in the Magic Kingdom. The Indianettes, as the team are known, appeared to do several stereotypical Native American poses including a "war whoop" before chanting "I-N-D-I-A-N-S, scalp 'em, Indians, scalp 'em!"

Video of the routine quickly spread on social media. In the midst of the controversy, it was revealed that the team typically wears facsimiles of war bonnets during their performances. These ceremonial headdresses, worn by leaders of certain Native American tribes, are a frequent flashpoint between Native American groups and non-natives. Many of these tribes consider it highly disrespectful to wear one without earning the right within a tribe. 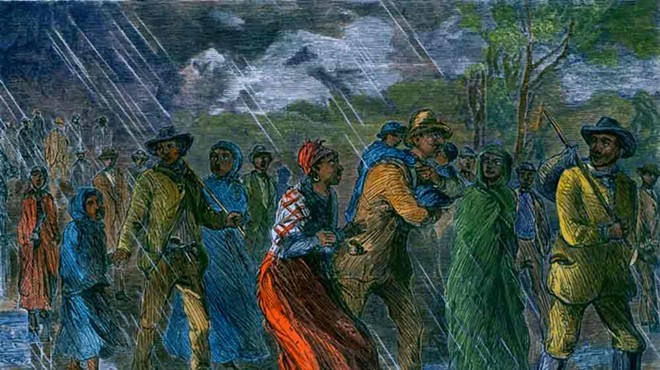 Republicans across the country are trying to use legislation to privilege their beliefs over the human rights of others: Informed Dissent


It appears that the group was barred from wearing headdresses during their performance. Posts to Disney-adjacent Facebook groups noted that the attire was disallowed and the dance team are not wearing them in the video.

“The live performance in our park did not reflect our core values, and we regret it took place,” Disney spokesperson Jacquee Wahler shared with Deadline. “It was not consistent with the audition tape the school provided and we have immediately put measures in place so this is not repeated.”