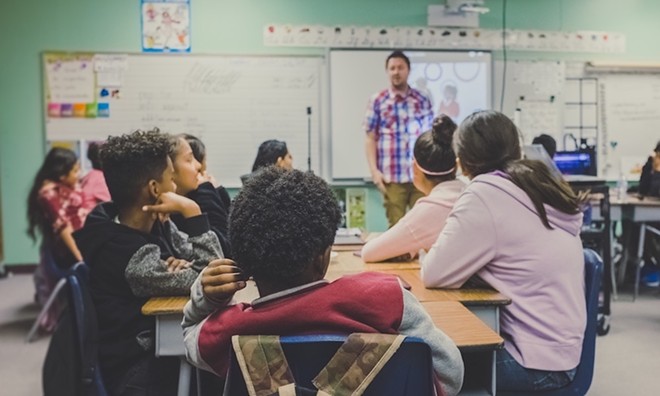 Photo by NeONBRAND on Unsplash
Teachers in Brevard County voted down the contract proposed between their union and the school district two weeks after Orange County educators did the same.

But Brevard teachers found themselves in a much different situation.

Brevard Federation of Teachers, the county's union, had already declared impasse back in December after they couldn't agree on raise figures, union president Anthony Colucci explained by phone Wednesday. That led to a special magistrate decision that supported giving teachers more than the school board proposed.

So the contract the teachers voted on was one much lower than what was deemed both fair and affordable by a special magistrate. All that said, the ratio is no surprise: there were 3,886 no votes, 186 yes votes and two ballots voided, according to Colucci.

"The big thing — why we had 96 percent no votes on this contract — was that the special magistrate decided in our favor," Colucci said by phone Wednesday. "He said the district could afford $2,300 raises for teachers, not $1,100 raises, and that it was in the best interest of students to do so."
Colucci announced the results of the vote at a Tuesday school board meeting. Voter turnout was the highest on record, Colucci said, with 4,048 votes cast, representing 84 percent of eligible voters.

"Our teachers voted 'no' on this contract because it was a vote of 'yes' for their dignity."

"The benefit to us is we got to expose what was going on and ultimately it showed that the district had more money than it claimed, Colucci said.

But because the union went through the entire impasse process, the vote essentially doesn't mean anything. The parties won't go back to the bargaining table for this year's contract. The terms of their most recent contract, which was 2017 to 2018, will stay in place.

"We all know that this vote was largely symbolic and that it will actually delay the adoption of beneficial contract language," Colucci said at the school board meeting. "It’s important to understand what this no vote means. To be clear, our teachers voted no on this contract, because it was a vote of yes for their dignity."

In a press release issued on the school board site Aug.6, Brevard Public Schools announced they had found an additional $1.5 million in their budget and pledged to decide "how best to incorporate the additional funds into teacher salaries" for the next bargaining session.