Bill legalizing recreational marijuana in Florida dies without a hearing 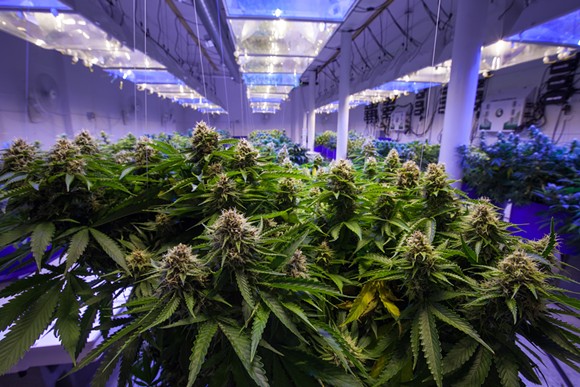 Photo by Canna Obscura via Shutterstock
A bill filed by state Reps. Carlos Guillermo Smith and Michael Grieco that sought to legalize recreational cannabis in Florida died in the state House.

HB 1117, which was filed in late February, received neither a hearing nor a vote. The legislation would have allowed adults age 21 and older to "use, possess and transport" up to 2.5 ounces of marijuana and accessories. It would have also allowed people to possess, grow and cultivate up to six cannabis plants, including seedlings, and possess the cannabis product produced by their own personal plants.

Not stopping there, the bill would have created a system in which establishments could manufacture and sell the product, while providing limits on the number of recreational dispensaries.

As has been the case for the implementation of other cannabis-related measures, had the bill received support, cities would have been allowed to enact limits or ban recreational dispensaries as they wished.

"It’s no surprise the Republican controlled legislature doesn’t want to legalize adult-use cannabis," Smith says. "They didn’t want medical cannabis either, but 71% of voters disagreed. And just like they did with medical cannabis, eventually the voters will overrule the legislature. It’s not if, but when. Unless of course, the legislature succeeds in making it harder for voters approve citizen-led constitutional amendments, as they are currently trying to do with HB 7111 and HJR 57. Floridians need to get woke."

It's a less-than-surprising blow for this year's legislative session, as medical marijuana bills have been the focus of Florida's cannabis legislation.

The bill redefined the term "medical use" to include possession, use or administration of marijuana in the form of smoking. It overwhelmingly passed the Florida House 101-11 and the Florida Senate 34-4.

Though more than 71 percent of Florida voters approved of medical marijuana in 2016 ballot amendment, former Republican Gov. Rick Scott signed a bill that banned all smokable forms of the plant shortly after.

During last year's campaign, DeSantis said he would sign the legislation if it came across his desk.