Arrests of undocumented Florida immigrants increased by 75 percent in 2017 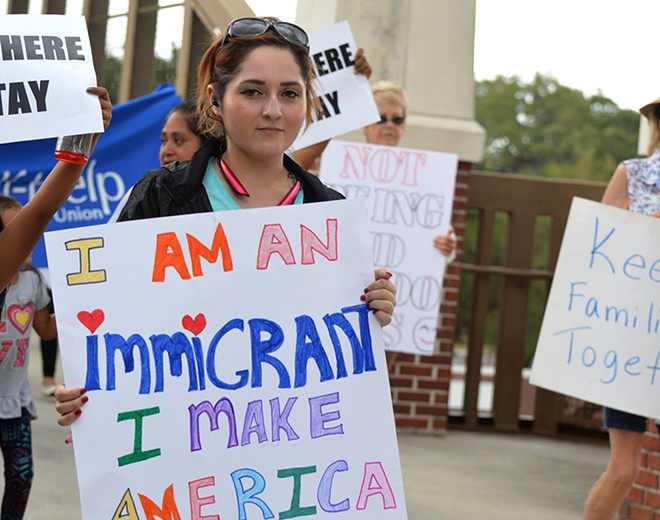 Photo by Monivette Cordeiro
The numbers are in and arrests are up for undocumented immigrants living in the U.S., as well as in the state of Florida, according to information provided yesterday by the U.S. Immigration and Customs Enforcement.

To be exact, that's a difference of 2,668 individuals — slightly more than the population of the town of Eatonville.

According to the same figures provided, 7,082 undocumented immigrants were deported in 2017, compared to 5,562 last year. For those who care, that's a 27 percent jump, comparable to about half the size of Rollins College's campus population.

These numerical comparisons, though obviously uncorrelated, are simply an aid in picturing the gap that natural-born Americans and immigrants across the country face as their loved ones are held in detainment centers or just deported altogether. It's to say that out of sight, out of mind doesn't apply to fucking with the livelihoods of others — documented or undocumented.

Orlando Weekly has consistently reported on immigration, and will continue to do so, because the issue is inextricably intertwined with the narrative of our region. The pace at which the Trump administration has enacted its now well-kept campaign promise could very well harken back to the immigrant deportation precedent set by the Obama administration.