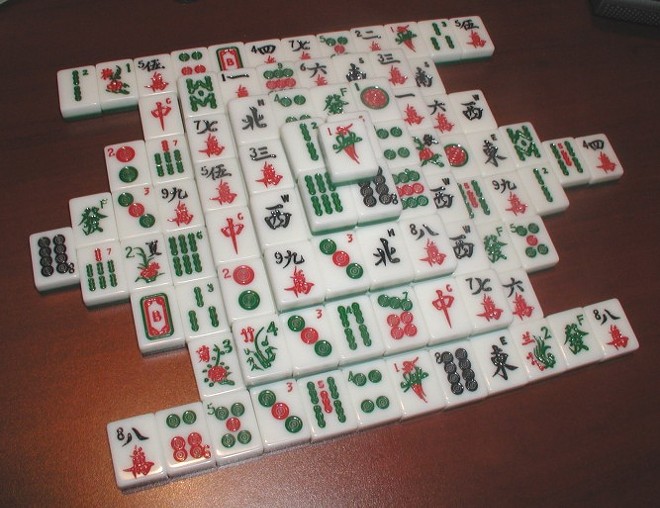 While Orlando Police were busy this week busting up fights between people wielding fire extinguishers, just north of the city in Altamonte Springs, police were also keeping busy.

According to the Heritage Florida Jewish News, the Altamonte Springs police busted a retirement community for illegal gambling last week.

Heritage Florida Jewish News says police told a group of women, who range in age from 87 to 95, that their weekly game of Mahjong in the Escondido Community Clubhouse violated local gambling laws. The community shut down the clubhouse to any further gambling activities, including bingo, bunko and penny poker.

However, according to Lt. Robert Pelton, spokesman for the Altamonte Springs Police Department, nobody was being crucified. And Mahjongg is perfectly legal, as long as you obey a few simple rules. It wasn't so much the Mahjong that was a problem, anyway,  he says – it was some of the other gambling-related activities happening in the clubhouse.

"Roulette," he says. "It was the roulette tables that were making it illegal."

Pelton says the police were alerted to the situation when some residents complained about illegal gambling happening in the Escondido clubhouse. According to Florida statutes, penny-ante games like bunko, bingo, Mahjongg and pinochle are legal, but you're not supposed to advertise the games and the pot is supposed to stay below $10. According to Pelton, some of the games being played at Escondido were being advertised and had become quite popular, and as a result, the pot had grown beyond that $10 limit. So police had to take action – but he says it was an educational action, not a punitive one.

Pelton says that the story in the Heritage Florida Jewish News made it look like the Altamonte Springs police were playing heavies on some old ladies just trying to have a good time, but he takes issue with the characterization of the situation. He says that nobody was ticketed, charged or arrested – instead, the police took educated the neighborhood about how to gamble without running afoul of the law.

"Our investigators had a good, informative meeting with them, telling them the way they can continue to legally have these games," Pelton says. "If you allow a pot to go over a certain amount, or if the house collects a portion of the pot, it's illegal, etc."

He says the story got blown out of proportion due to a neighborhood feud, and the police got caught in the media crossfire. "They were upset because some neighbors called the police, and then we got called out to be the bad guys, but by no means is that true,"  he says. "It's a small community, a retirement community, and not all of the neighbors get along. For us, it wasn't that we were going out there to make arrests and charge people having a good time."

In fact, the games can now resume in the clubhouse, and according to the story in the Times of Israel, the good ladies of Escondido hope to be back at the Mahjongg table after Thanksgiving.