A GoFundMe page for the Parkland shooting victims has already raised more than $300,000 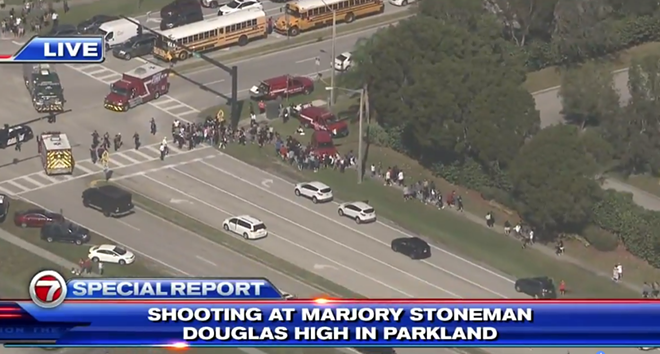 Photo via WSVN 7
Within only a few hours of its upload onto the Internet, a GoFundMe page setup for the victims of yesterday's mass shooting in Parkland has already raised more than $300,000.

The campaign was launched by the Broward Education Foundation at 10 a.m., according to a GoFundMe spokesperson.

"There are no words to express the sorrow that we are all feeling," the fundraiser's site reads. "Donations raised here will be used to provide relief and financial support to the victims and families of the horrific shooting."

At least 17 people — both students and teachers — were shot and killed at Marjory Stoneman Douglas High School in Parkland on Wed.