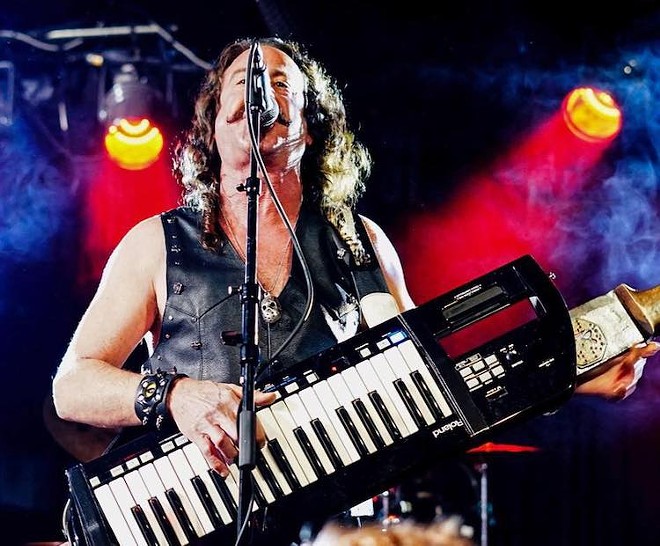 OK, so this is the band project of Ari Lehman, who happened to be the first actor to play a young, pre-hockey mask Jason Voorhees in the original Friday the 13th.

What First Jason is not, however, is some unintentionally terrible Corey Feldman deal. Rather than a former child actor’s attempt at earnest pop music,

First Jason are a metal band that, as the none-too-subtle name signals, leans all the way in on the frontman’s unique claim in pop-culture history. Their whole schtick drips with slasher-flick camp and tons of Friday the 13th allusions.

And the fact that a goddamn keytar is front and center should seal the deal on this as a must-see spectacle.