Who are Trans-Siberian Orchestra and how did they become an even bigger deal than a certain North Pole dweller? 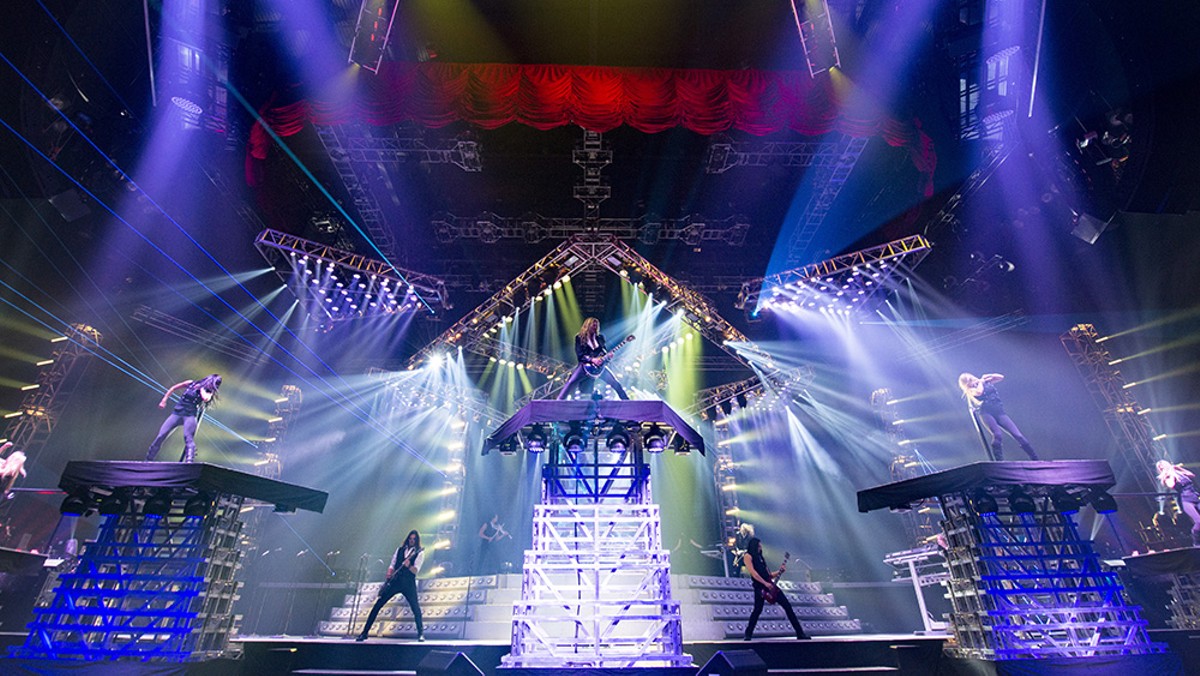 Paul O'Neill is usually not in the city where his Trans-Siberian Orchestra performs, but the composer and mastermind of the biggest and most successful Christmas rock tour of the century will be in Orlando when his high energy prog-rock act delivers a hometown show Saturday at the Amway Center.

Florida doesn't scream Christmas like the composer-entrepreneur's native New York, but if O'Neill has his druthers, he would rather be in the Sunshine State. "I love where I live in Orlando," O'Neill says, calling from his New York office. "I also love it in Tampa [where TSO is primarily based]. ... The creative end of TSO is in Florida," O'Neill says. "I believe that I think better in Florida."

After Trans-Siberian Orchestra's annual Christmas tour ended in January of 2015, O'Neill pondered what he could do to entertain TSO fans. "I was thinking about what we could do differently. One of my managers said, 'You know, you've never done The Ghosts of Christmas Eve.' I said, 'Wow, you're right. Maybe that's what we can do for this tour.'"

The Ghosts of Christmas Eve was a 1999 Fox Family TV movie showcasing TSO music. The protagonist is a runaway who breaks into a vaudeville theater on Christmas Eve. A caretaker discovers her and the ghosts and spirits in the venue turn her life around.  That sets the stage for a dramatic, spirited holiday show designed for all ages. The concert, which debuted last year, features pyro to burn and robotic arms that enable the musicians to travel over the fans on the floor.

"We try to give the audience something to remember," O'Neill says. "We try to give them a reason to come back every year." What O'Neill and TSO deliver is a good old-fashioned rock show, which has been missing for much of the last generation. "Something has definitely changed over recent years," O'Neill, who has produced music by Aerosmith, Humble Pie, AC/DC and Scorpions, says. "There has been a shift in the way people are entertained in concerts. But we do it like it was once done."

It's been working for Trans-Siberian Orchestra, which is basically a two-month annual tour. Nearly a million fans caught the last tour, which grossed $51 million in 52 days. "We do well but it's not easy," O'Neill says. "I never envisioned it would ever get this big when we started out. First off, there has been a reluctance for rockers to touch Christmas. I understand why. When you think of Christmas music, you're dealing with history. There's Mendelssohn, Beethoven and Irving Berlin."

TSO formed in 1996 out of the ashes of Tarpon Springs power metal band Savatage and started touring three years later, connecting with fans by releasing a series of rock operas, such as 1996's Christmas Eve and Other Stories, 1998's The Christmas Attic and 2004's The Lost Christmas Eve. More than 10 million albums have been sold. "We were very fortunate since we had so much support from our label [Atlantic/Lava] when we started out," O'Neill says. "I don't know if we'd be here today without that unwavering initial support."

Letters From the Labyrinth is TSO's latest and first album since 2009's Night Castle. "It was time to make more music," O'Neill says. "The fans wanted another album and we did it. We worked so hard on this album. We tapped deeply into history for this one."

History has always been a fascination for O'Neill, who has been collecting historical artifacts for many years. "I have every letter from Thomas Edison to his tool and die guy about how to build the first record player," O'Neill says. "I have a lot of letters from Lincoln, from Churchill, from Oscar Wilde. I tell my daughter we don't own these. We're just the caretakers for the next generation. It's inspirational. History inspires these albums. History is a powerful thing, which inspires powerful music and amazing shows."