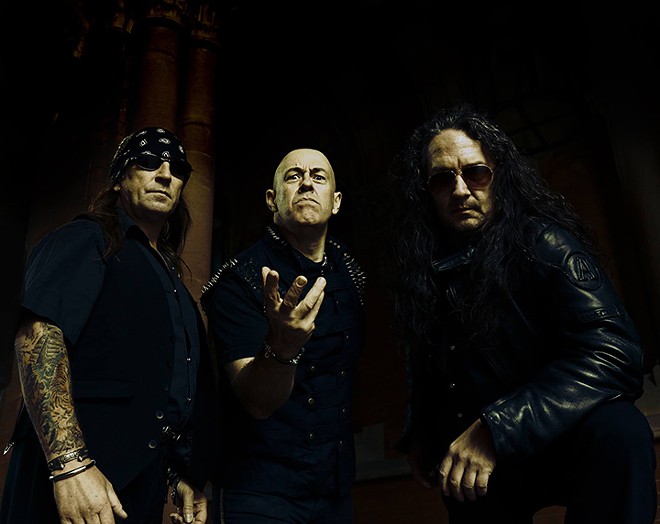 Venom (pre-Inc.) burst out of the U.K. metal scene in 1981 with a raw, noisy sound that owed as much to punk as it did to Judas Priest, and then upped the ante with overt Satanic imagery, festooning baphomets over everything in sight. Venom delivered beyond mere shock, though, with songs like “Black Metal” and “In League With Satan” still sounding fresh and culty decades later. Fast-forward through the intervening years and Venom has split into two. Mercurial frontman Cronos fronts a “Venom,” but the rest of the classic trio – guitarist-songwriter Mantas and drummer Abaddon – reconvened a couple of years ago as Venom Inc. with the addition of bassist-vocalist Tony “Demolition Man” Dolan, a dynamo of a frontman who fronted the band during a brief spell in the ’90s. And now the Inc’ers are on a never-ending tour – China, Japan, South America – playing any club that dares book them. Or to sum things up concisely: This is the Venom that actually likes to play classic Venom songs.