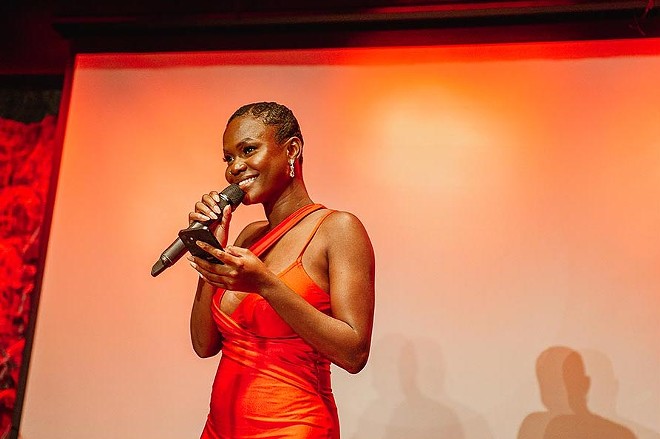 The Fusion Awards, a program that celebrates local music, is happening Wednesday, Nov. 30.

This year’s venue is the Abbey, after previous editions at Soundbar, which closed the doors of its downtown location last year. Another difference this year is the dress code: This is a masquerade ball and masks are required. Teddy Alexander and Jennifer Desire are hosting, and DJ Ayoo and Mdivelli are on sound.

To understand the Fusion Awards, you need to know its founder, Jennifer Desire, whose enterprise Fusion & Co. is multifaceted and includes frequent artist showcases.

Having started in the music industry in 2014 and more recently working at the Atlanta record label Love Renaissance (distributed through Interscope), Desire has seen a lot. Her style of mentorship is to establish high standards for all of her brand extensions: her showcases, awards programs and artist consulting.


Juan Gutti, an Orlando resident and guitar virtuoso, has performed at Fusion showcases more times than he can remember. He’s a regular.

“Every time I perform there, I feel like I have the opportunity to be myself artistically and to play what I want to play. Its also great because I get to meet very talented people with whom I can collaborate eventually,” says Gutti.

The awards program is fed in part by Desire’s showcases, “but we’re not only giving awards to people that are within our platform … any artist in Orlando that’s doing something good has a shot at being celebrated,” Desire explains.

Here’s how the winners are chosen. First, Desire reached out to the music community for nominations, asking numerous platforms with reach to make their suggestions.

Once all the nominations were in and voting opened, each voter could vote once. Those interested had to register on the website in order to vote, which helped prevent cheating. The top five people in each of the 19 categories resulted from public voting. Desire closely reviewed those top fives to make sure they followed the guidelines: They must have at least three songs out and they must be registered to BMI or ASCAP. If not, they are knocked out in favor of the next on the list to meet the requirements.

After one more round of public voting, Desire and her board listened to the music of the final top three in each category based on the combined first- and second-round votes and deliberated carefully, ultimately deciding — based on quality — who won in each category, entirely confined to choosing from among the top three selected by the voters. The winners are announced at the awards show, and artists must be present to win.

Photo by Tony Ramzy
Many genres are represented at the Fusion Awards. This year, Your Cousin, Alex, Kale, Maceo, and others will perform.

Desire’s reasoning for strict rules is that she looks to elevate the creative community by showing them the way in which practices are more likely to lead to success.
Orlando doesn’t have a lot of “best practices” leadership when it comes to music. Artists frequently use beats they don’t own, skip steps when building their platforms
and dream big dreams that lack a business foundation.

Desire knows that by establishing standards, she can help change that. Fusion & Co. has so much engagement with musicians in Central Florida that she’s able to make quite an impact.