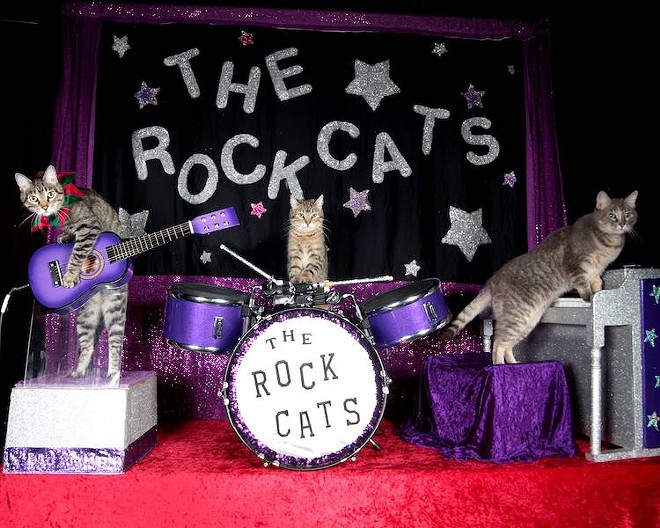 The Acro-Cats, stars of the Netflix series Cat People, are coming to Orlando next month for a long weekend of shows at the Orlando Rep.

The Acro-Cats — in contrast to the 99 percent of felines on this planet who just stare at you contemptuously when you request they repeat a cute trick — take the stage ready to perform all manner of athletic tricks and even a spot of skateboard-riding. But it doesn't stop at that; there will also be the all-cat band Tuna and the Rock Cats with horn section Jazz Cats.

The members of the Acro-Cats troupe are all orphans, former strays and rescues who have been taken in by the Rock Cats Rescue nonprofit, and now tour the country (and make the rounds on TV shows like Late Night With Stephen Colbert and CBS News Sunday Morning) to raise money for the cat rescue.

The Orlando Repertory Theater will be taken over by the Acro-Cats from Friday-Monday, Jan. 20-23, for multiple shows. Tickets are available through the event's organizers.