Say Anything announce two-night stand in Orlando for 2018 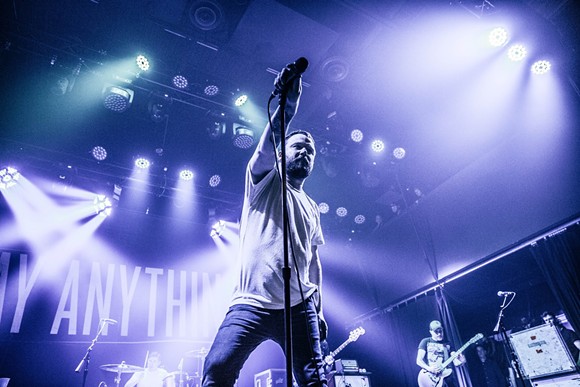 Photo via Say Anything/Facebook
Say Anything, the venerable emo-punk outlet for songwriter Max Bemis, has announced a U.S. tour starting in November and continuing through early 2018, that includes two consecutive Orlando shows. These will be the only Florida dates.

Bemis and his collaborators intend to mark the tenth anniversary of their In Defense of the Genre album by playing it, along with the Say Anything and Is a Real Boy albums from start to finish.

Say Anything plays a two-night stand at the Beacham Theater on Tuesday and Wednesday, Jan. 9-10, 2018. Tickets start at $22 and are on sale now.