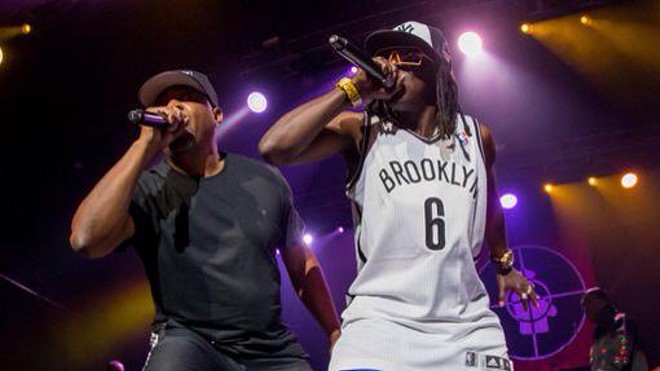 Image via artist Facebook
Hip-hop icons/pioneers/provocateurs Public Enemy have announced ONE Florida show this summer, and it's in Orlando.

Besides a stop in Atlanta, their Orlando show at Hard Rock Live on June 30 is the only other Southern stop the legendary rappers will be making. A long hot summer just got hotter. Perfect timing on the comeback given that I hear there's an election coming up?

Tickets go on sale this Friday, buy them here. Watch the video for new song Honky Tonk Rules (just premiered an hour ago by the band) here repeatedly. And here's a live taste ...