They're coming back to town and they're bringing Britney, bitch 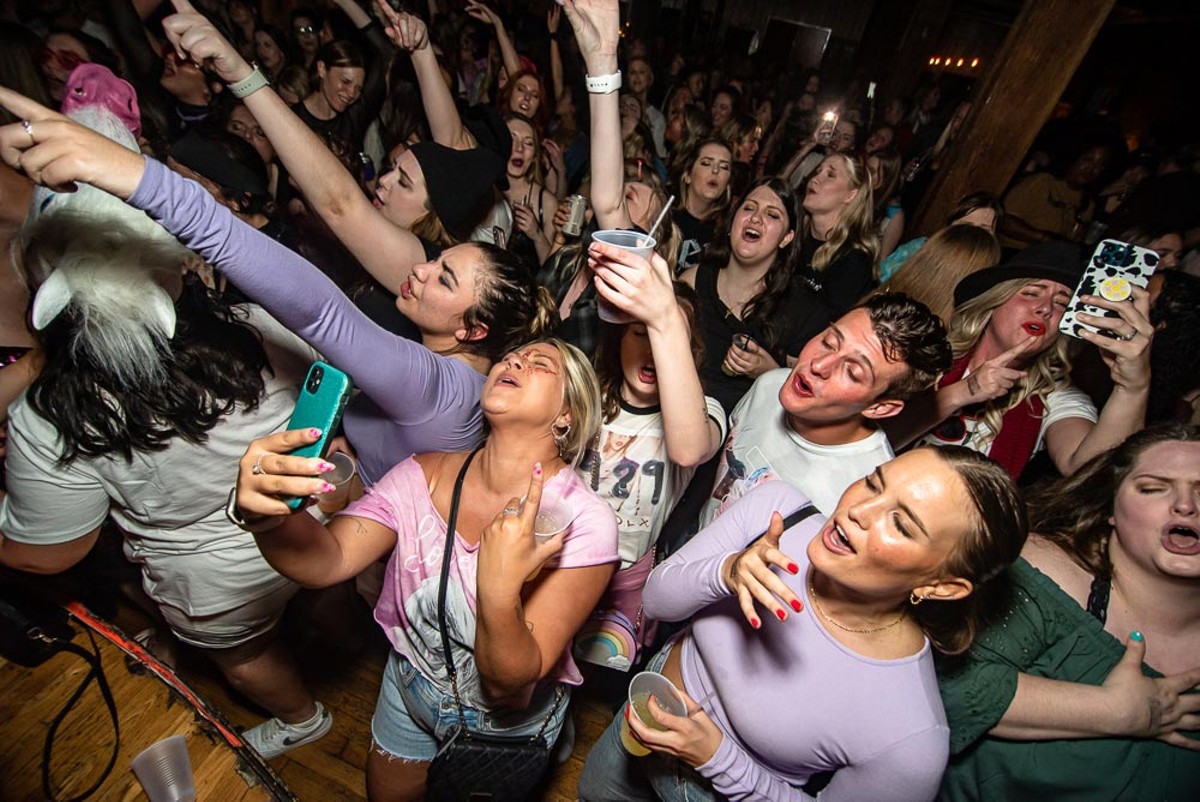 Celebrating their one-year anniversary of pop culture parties this summer, Courtney Gibson and Catie Phillips of Le Petite Fete are bringing their highly anticipated Britney Spears party home to Orlando. Complete with a costume and lip-syncing contest and featuring deep cuts from Spears' catalog including "Boys" and "Boom Boom" (the one with an able assist from the Ying Yang Twins), this is a party based on a foundation of friendship and community-building.

Known best for their infamous Taylor Swift nightclub parties — dance nights that sell out all over the country in large part due to Phillips' viral marketing savvy on TikTok — the Britney Dance Party provides fans of another icon with the opportunity to reminisce over favorite summer anthems of their youth and connect with fellow devotees of Pop's Princess while singing their hearts out.

The Petite Fete duo themselves solidified their friendship at the intersection of social media and pop culture. As members of a Facebook group for people with a passion for pop, they bonded over shared interests and eventually brought their alliance to the real world, and wish the same for their fans. "I just want them to feel a moment of inclusion and that they're in a safe space and that they're in a place amongst friends even if they're not friends with the people around them. What I've loved so much is that people will come alone, and they'll talk about how many friends they've made," says Gibson.

With social media posts conveying each party's success going viral on TikTok at least once a month, Phillips' marketing magic is largely responsible for the community they've cultivated around these events. Last June, days after the release of Spears' 24-minute recorded court statement on the abusive nature of her conservatorship, Le Petite Fete announced their "#Free Britney: A Dance Party" night, their second major project as event planners and promoters after their sold-out Taylor Swift Dance Party events.

For a year leading up to Spears' audio recording, her fans feverishly worked the #FreeBritney hashtag and movement, speculating in the comments of Spears' Instagram posts that something was amiss in the life of the pop icon. Many of their suspicions were confirmed by Spears when she was able to speak out against her father and those employed by him. Fans were so supportive of Spears and her fight against her conservatorship — and the larger movement of women's autonomy and disability rights — that they took to the streets, protesting outside the Los Angeles courthouse with pink signs and life-size cutouts of the pop singer.

Four months after "#Free Britney: A Dance Party," and 14 years after the start of the abusive legal arrangement that dominated her life, Spears won her case, and the conservatorship ended.

And what better time to celebrate? June is Pride month, in which we celebrate love and LGBTQ+ culture and continue the fight for LGBTQ+ rights. Like powerful and misunderstood stars before her, including Judy Garland and Marilyn Monroe, Spears remains one of the biggest LBGTQ+ icons of her time.

She represents, both in her music and in her personal life, the obsession with and hyper-sexualization of adolescence starting with the music video for her debut single "... Baby One More Time," the limitations on a person's autonomy and sense of self set by controlling and draconian external forces (be it family, courts or society at large) as conveyed in the prescient 2000 hit "Lucky," as well as for her commercially successful comeback following a series of widely publicized mental health issues, and her ultimate success in the ending of a damaging family relationship, which she predicted in the indelible dance-pop anthem, "Stronger."

Attendees of Le Petite Fete's Britney night are invited to celebrate camaraderie and collective action, and to "keep on dancing till the world ends" ... or at least until the bars close.