Mr. Worldwide himself, Pitbull, lands in Orlando on Sunday 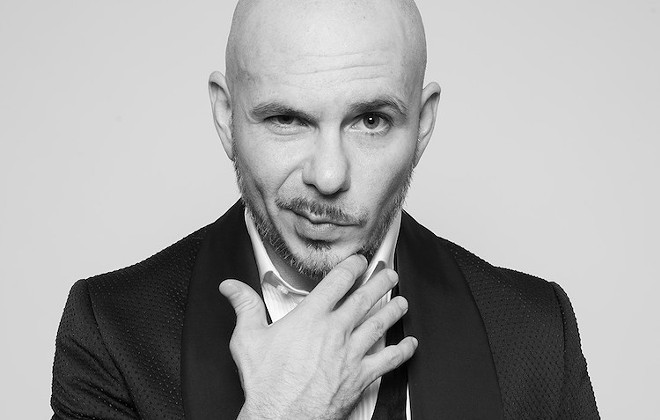 Face it, ‘You Can’t Stop Us’ from dancing to the amped-up music from Grammy-winning artist Pitbull at the Amway Center this weekend.

The Cuban-American rapper brings an impressive discography of hits stretching back to his start in the early 2000s. Pitbull’s breakthrough hit “Give Me Everything” from 2011 dominated the Billboard Hot 100 charts for 45 weeks.

The Miami-born artist mixes Latin rhythms and Reggaeton edge with hip-hop and enough pop savvy to get bodies moving and the “par-tay” going. Pitbull’s latest single “Mamasota” is more of his trademark Spanglish style of music that will have fans from all over the world yelling “Dale!” After all, he’s not called Mr. Worldwide for nothing.