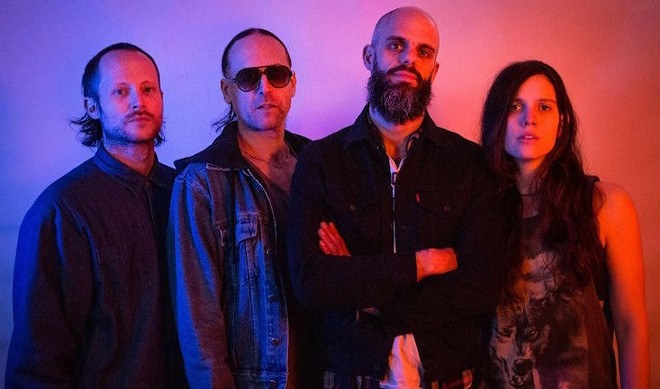 Photo via Axs/Facebook
Continuing on today's metal theme, Savannah's heaviness purveyors Baroness have announced the dates for their "Gold & Grey" summer tour kicking off in July and stretching through August. Orlando headbangers are in luck because the band will be playing the Plaza Live in the finishing stretch of the tour.

Baroness are set to release their new album, Gold & Grey, in June. To tease fans, they just premiered a video for new album track "Surrender."