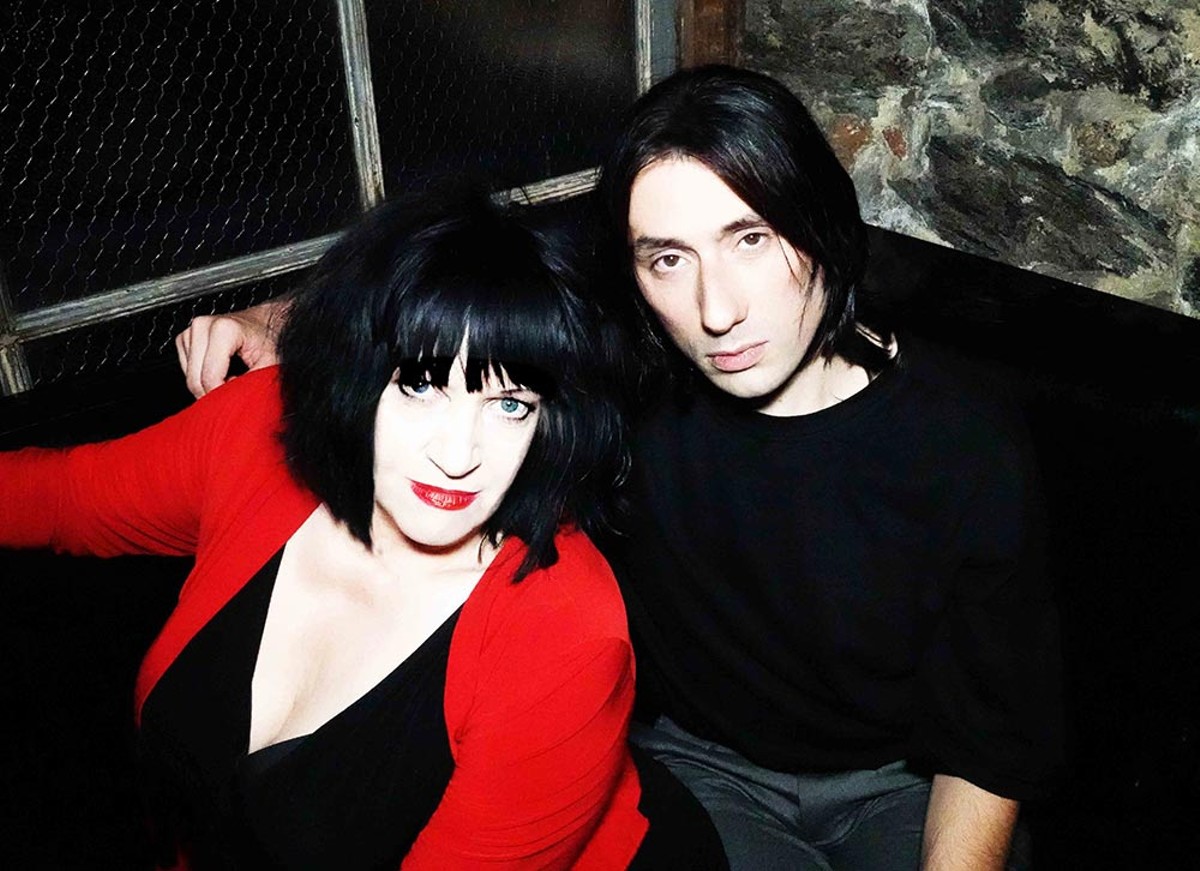 Lydia Lunch and Joseph Keckler photo courtesy of the artists

Whether working solo, in a duo, with a full band or larger ensembles, Lydia Lunch has performed thousands of gigs around the world. The next is set for the Timucua Arts Foundation on Monday night, and joining her for the evening is longtime friend Joseph Keckler — a writer, musician, composer, current artist-in-residence at Dartmouth and a veteran of NPR's Tiny Desk. Together, they'll be weaving cathartic amalgams of music, spoken word and projections.

Lunch will also be the guest of honor at a pre-show reception earlier in the day at the Orange County Regional History Center. Lest ye forget, the History Center is currently hosting the Figurehead: Music & Mayhem In Orlando's Underground exhibition. And head Figure Jim Faherty and Lunch go back decades.

"The Figurehead exhibition is fantastic," says Lunch, who features prominently in the show. "He's put on so many shows, brought so many people to Orlando. It's a good thing that he's getting recognized, and all the other people involved in Figurehead."

Lydia's relationship with Jim Faherty began by chance, with a letter that prompted her to call him.

"I called him," she says, "and he didn't believe it was me calling him. So we started booking shows with him, and I gotta give it to the guy for booking 30 spoken-word performances with me and Exene Cervenka — 'Rude Hieroglyphics.' I don't think I've had 30 shows in the state since! I don't know how he pulled it off, but that's how it started."

Lydia Lunch is one of the most compelling public speakers working in any discipline in our lifetime, having released some three dozen albums over the past 40-plus years, in addition to countless EPs, singles, live recordings and collaborations with artists ranging from Einstürzende Neubauten to Sonic Youth. She's also released a number of books and comic books, at least 16 spoken-word albums, and boasts an extensive CV in experimental film dating back to 1978. Not to mention Beth B's acclaimed documentary, Lydia Lunch: The War Is Never Over, which premiered in 2019.

2019 was also when Lunch launched "The Lydian Spin," a weekly podcast where she leverages the vast array of personal and professional connections she has accumulated. The podcast offers a more accessible version of an artist some folks find super-intense and in-your-face. Though it may seem odd to say, time has mellowed Lydia somewhat as it becomes increasingly clear that she was right all along. About everything.

Having maintained personal and professional connections to Florida since the 1980s, and having waged holy war against right-wing thugs since before she was old enough to drive, Lunch shares our general concerns about the state's political trajectory. And you will hear a whole lot about that on Monday.

Lunch's fanbase is fiercely, ferociously loyal, in part because she's been so loyal to her fans from day one — which, for her, was June 2, 1959, a Tuesday, when she was born in Rochester, New York. She moved to New York City at 16, arriving right in time to witness the first stirrings of punk and the inceptions of new wave, No Wave and what would become hip-hop. She was there in the middle of the action as a teenager, and she's still there today, 45 years later.

To call Lunch precocious would be an understatement. Her first band was Teenage Jesus and the Jerks, who enjoyed an outsized influence on pop culture, despite only releasing a handful of tracks (totaling about 12 minutes in duration) across their three years of existence. They ended in 1979, but Lydia Lunch was just getting started. Over the following five decades, she has been positively epicentric within circles of iconic women creators including Debbie Harry, Poly Styrene, the Breeders, Kim Gordon and Exene Cervenka.

Lunch was, and remains, a feminist icon, whose influence can be felt across the spectrum of public life, not that she would say so.

Her relationship with the Sunshine State dates back to the late 1980s, at least. Her "Harry Crews" project with Kim Gordon and Sadie Mae was named after the iconoclastic cult novelist, Grit Lit luminary and prototypical Florida Man.

She's been in and around Central Florida longer than most people currently living here, and she has watched its cultural scene evolve dramatically in that time. Essential to that evolution, of course, has been promoter Jim Faherty, whose legacy she has figured in prominently over the years, and vice-versa. Monday night is an occasion to celebrate both these legends, neither of whom will ever retire. Thankfully.