Local musicians reminisce about the best and worst music from 1994 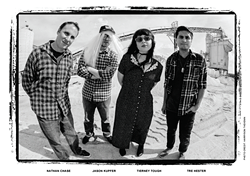 The Pauses in 1994; photo by Harryson Thevenin

The Pauses in 1994; photo by Harryson Thevenin

The '90s are forever referenced by current artists because of what a game-changing time it was for music. And 1994 in particular stands out for a variety of worthy reasons: Hard Rock first broke ground, Nirvana played their last show when Kurt Cobain took his life, Pearl Jam confronted Ticketmaster for monopolizing the concert ticket frontier, Aerosmith released the first song to premiere on the Internet, the world met Weezer for the first time (and Korn gave us nu-metal), and they even revived Woodstock. To say it wasn't a huge year is to misunderstand music history.

But you don't have to worry about that sort of memory lapse when you have prime local bands like the Pauses, Wet Nurse and the New Lows around to put on a throwback music night celebrating the music and culture of 1994. It's going down 9 p.m. Saturday, Aug. 2, at Will's Pub (RSVP), and if the rich description on their Facebook event doesn't strike a chord, the MIDI-autoplay on this nostalgic website they created most certainly will.

In 1994, of course, purchasing/testing out new music put us out in much riskier seas than the gentle stream we wade through today. The Pauses' drummer Nathan Chase remembers wandering aisles at Camelot Music and Steve's Downtown Music in DeLand, either that or resorting to the Columbia House/BMG gimmick where you got 11 CDs for a penny. For the Pauses' Jason Kupfer, his favorites stores were Peaches and Spec's, but to make educated decisions with his teenage allowance, he relied on an 800 number as a music resource. "There was actually an 800-number where you could listen to hissy lo-fi snippets of upcoming releases. I bought a number of albums based on those 'maybe that sounds OK'-15-second samples," Kupfer recalls. Bandmate Tierney Tough was mostly limited to the music selection at KMart, where her mom worked, or else she'd convince her mother to bring her to a head shop for "harder to find singles and silly black light posters." Wet Nurse drummer Vanessa Brewster, who lived in Grafton, Massachusetts, in 1994, had access to Newbury Comics, which she remembers visiting weekly to find the artists "... on heavy rotation on MTV and VH1 - so Mariah, Celine, etc. Sugary sugary pop."

As memorable as standout singles from the year were - Chase loves the weird time signature on Nine Inch Nails' "The Becoming," the Toadies' "Possum Kingdom" with its "bizarro offbeat melodies" and "super eerie lyrics" made a lasting impression on Kupfer, Tough admits she "had no idea what the song or the trippy video were about" but didn't need to in regards to Soundgarden's "Black Hole Sun" (she was 12) - the radio and music videos were pushing nauseating singles that still induce shudders - Brewster cringes at Elton John's The Lion King hit "Can You Feel the Love Tonight," the New Lows' Mike Levin instantly had enough of Aerosmith's "Crazy," the Pauses' Tre Hester haaated Hootie & the Blowfish's "Only Wanna Be With You," and don't talk to Tough about any song off Dave Matthews Band's Under the Table and Dreaming.

But whether you were wrapped up in pop hits like Brewster says she was when it came to Ace of Base hit "The Sign" or an early converter to the pre-emo sounds of Jawbreaker as Levin was ("'Boxcar,'" he says, "[featured] simple chords 'played dumb' - catchy, wry and rejecting."), the cover set the three bands have in store for next weekend is sure to satisfy, spanning punk, pop and rock hits.

So dress like your favorite '90s icon - Hester summons Keanu Reeves from Speed, Chase considered Scott Weiland a proper rock star, Kupfer fesses up that he might be closer to Brian Krakow than Jordan Catalano, Levin's style is still feeling the impacts of Mr. Green Jeans' influence, and Tough recalls Courtney Love as "the epitome of anti-glam. She took what Lisa Loeb was wearing, and constantly fell on some rocks or mud or something. I may have purposely ripped up some tights and baby doll dresses because of it." - and get ready for more than just the music of 1994. There will also be a Weezer Blue Album-inspired photo booth, as well as surprises that celebrate movies, TV, games and other fun stuff from the year.

(Scroll down for a playlist of all the 1994 songs referenced in this piece.) 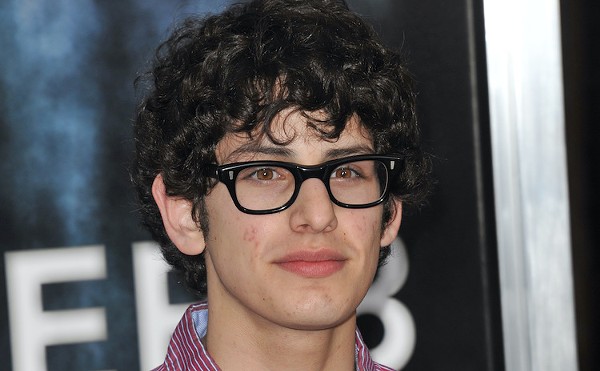