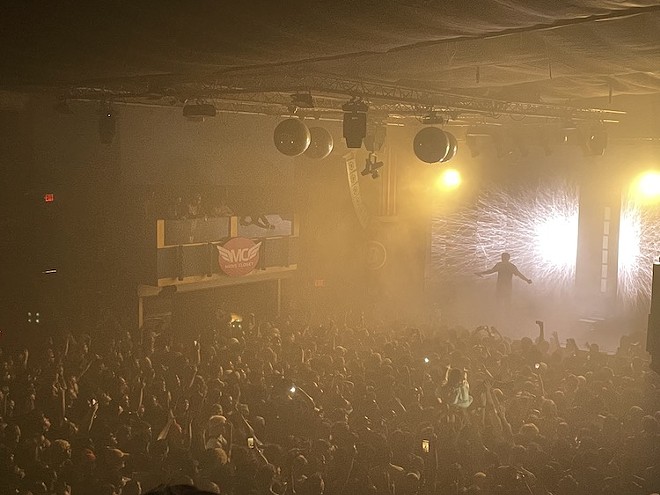 Photo by Sarah Kinbar
Baby Keem at the Beacham

Last week, Baby Keem filled every inch of the Beacham with his singular vibes.

Baby Keem is known for his lyricism and his musical kinship with cousin Kendrick Lamar. What should easily overshadow those credentials is his showmanship, which he displayed full force during the show. Keem confidently stepped into the light and commanded complete attention.

Keem came off as a Christ figure, alone on the stage, glorious, often with arms outstretched, lights flaring up behind him. Moshing was the main form of worship, and Keem’s songs were made for that.

Building to a crescendo before letting loose, his powerful music contains clues as to when it’s time to start jumping — but the teens in the audience needed no help knowing when to move; they know every song by heart.

21-year-old Leanna Keyso of Tampa came to the show with her sister. “People know about Baby Keem but he hasn’t fully blown up yet, so it was amazing to see how the fans turned out, how he performed with confidence,” she said.

Keem led his set off with "Trademark USA" which is also the first song on his latest album, The Melodic Blue. “That’s one of my favorites, and he performed it almost identical to the way it sounds on the album,” said Keyso.

Lamar was nowhere to be seen, but it didn’t matter. Baby Keem stands alone on stage. No co-signs. No hype men. No dancers. He doesn’t need them.