"It's not even autumn yet!" OK, fair point; fall doesn't officially start until Sept. 23, but in our defense we're just too excited about the live music offerings between now and mid-November to wait. (Also, does fall really ever start in Central Florida?) Get ready for a bounty of live music of all types all over town, with bright new stars like the Midnight Hour and J Balvin, longtime favorites like Alison Krauss and Jenny Lewis, welcome comebacks from Bone Thugs-N-Harmony and Cat Power, and resurgent legends like King Diamond and Elvis Costello. All of them have a date with the 407. Don't sleep.

Photo by Mike Miller
The Midnight Hour, the all-star collaboration between A Tribe Called Quest's Ali Shaheed Muhammad and composer-producer Adrian Younge, are bringing their epochal musical partnership to the Milk District. Together, Muhammad and Younge are a soul powerhouse, offering up a new take on and update of the energy and innovation of the Harlem Renaissance Theirs is a sound that is both classic and new. 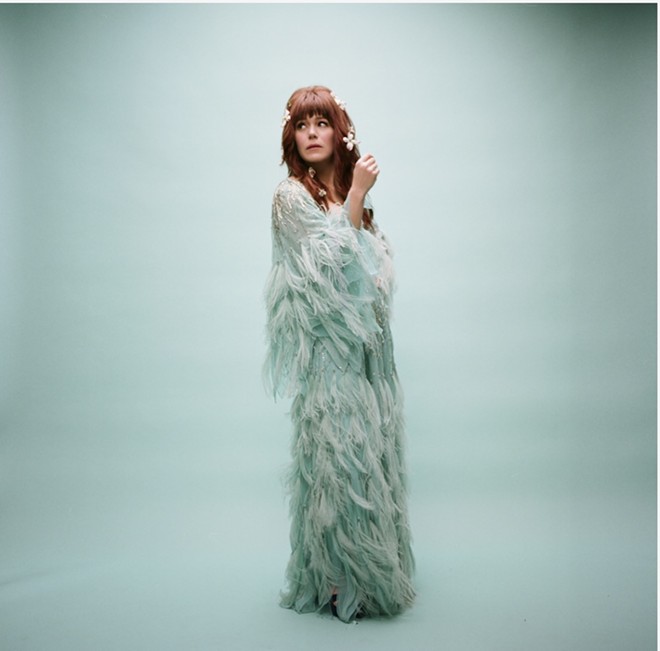 Photo by Autumn de Wilde
Jenny Lewis is coming back to Orlando – and she's bringing the Watson Twins! The former Rilo Kiley vocalist and solo star has released four of her own powerful, personal albums, most recently this year's On the Line. She frequently collaborates with Johnathan Rice, She & Him and her own band, Nice as Fuck. But it's when Lewis' heartfelt lyrics combine with the heartland harmonies of Oklahoma-born Leigh and Chandra Watson that she shines her brightest. While the Orlando streets may be "the belly of the beast," inside the Beacham will be an evening of Lewis' extraordinary songs in their finest form. 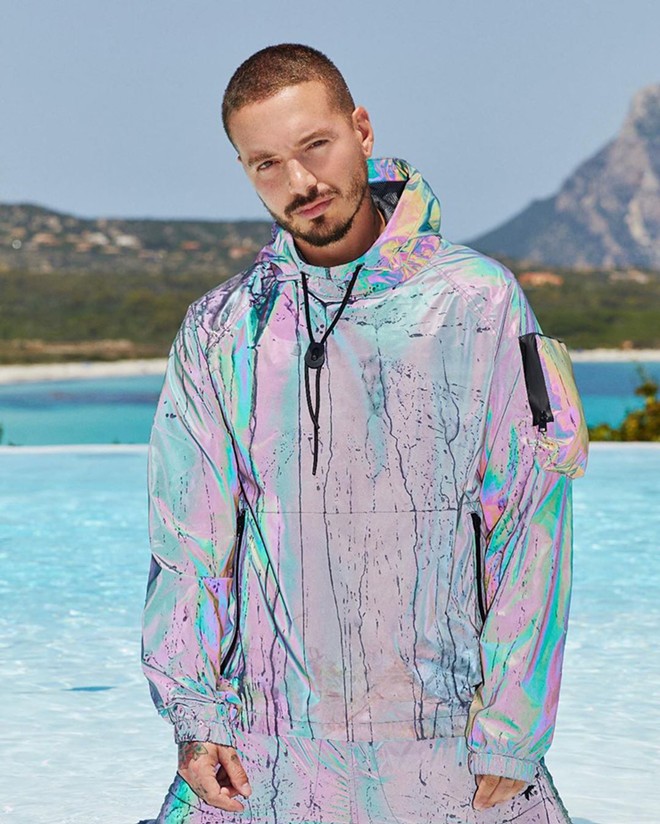 Photo via J Balvin / Instagram
Colombian reggaeton sensation J Balvin is steering his "Arcoíris" North American tour straight into the Amway Center. Balvin is on a hot streak live, wowing crowds at this year's Coachella with a mind-blowing production replete with over-the-top, fantastical stage sets and imagery. And if that's not enough, his Oasis collaborative album with Bad Bunny has been burning up the charts since its release in June. 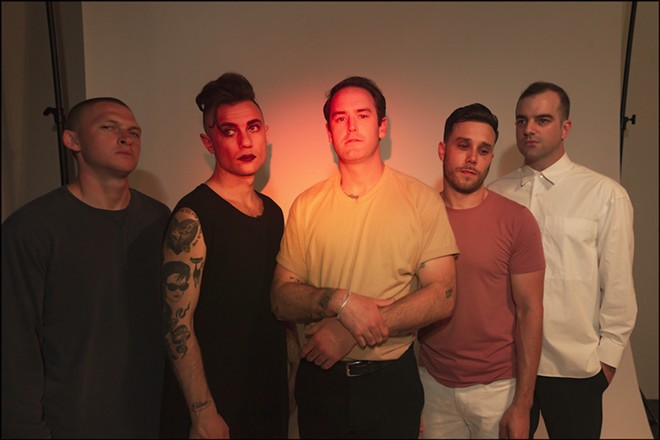 Photo by Rick Rodney Photo
Riding high on the success of their most expressive album to date, this year's In the Spirit World Now, California's Ceremony kick off the fall (or close out the summer, whichever you prefer) at the Social. Leaning ever more heavily into aping their post-punk obsessions – Wire fans take note – Ceremony may have alienated some early fans who had them pigeonholed in the hardcore genre. But live, the band treats all of their material – old and new – with the same level of visceral energy. Prepare to sweat, is what we're saying.

Photo by Julien Bourgeois
Singing in sympathetic whispers from beginning to end, Southern sage Chan Marshall (Cat Power) gently guides listeners through her 10th album, Wanderer. A compendium of familial, spiritual, political and existential considerations,Wanderer summons a meditative reply from its listeners. Marshall will be joined by the amorous, evocative Arsun on this tour, her first extended North American trek in years.

Photo by Alice Baxley
Bad Religion earned their place in punk rock history long ago – the Los Angeles punks have been questioning all forms of authority and dismantling the status quo since the 1980s. This is a band that inspired a generation of angst-filled-youth to leave it all in the pit, as well as at the ballot box. And for better or worse (sadly, it's definitely worse), bands like Bad Religion are needed now more than ever. There's nothing like a solid punk show to remind you that you're not alone in your misery, and together, the establishment doesn't stand a chance.

Screengrab from "Juicy Coochie" / YouTube
Someone is getting a little richer at Cupcakke's show at the Social. The Chicago rapper – known for her love of sucking, "ducking" and being aggressively sex-positive – is bringing her microphone deep-throating skills to her fans (aka "Slurpers") along with some cash. Cupcakke announced via Twitter that during her $10K Tour, the self-proclaimed "Old Town Hoe" will be giving away $10,000. This is an incentive, of course, but the real main event is Cupcakke's beyond-energetic live performance, to which fans at her previous Orlando shows can eagerly attest.

Photo via Bone Thugs-N-Harmony / Facebook
Nineties survivors and rap-meets-R&B vocal group Bone Thugs-N-Harmony want you to meet them not at the crossroads (or the sky, as it were) but at the Hard Rock Live. The group, best known for 1990s hit singles like "The Crossroads" and "Thuggish Ruggish Bone," blew minds in their time with a potent cross of gangsta stances and heavenly harmonies. The Thugs recently reconvened with all five original members, and the ensuing Thug Mentality tour is essential viewing. 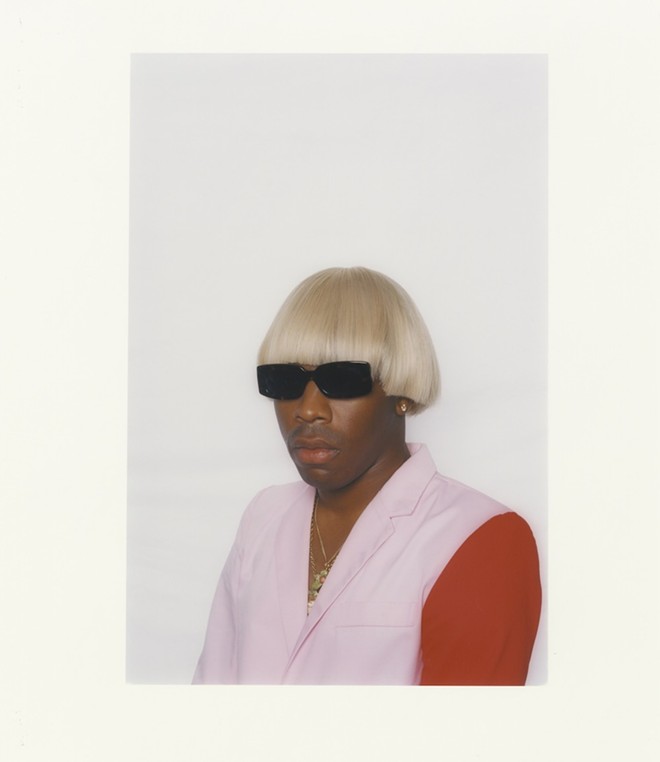 Photo by Sam Rock
Sure to be one of the can't-miss shows this fall, young hip-hop firebrand and boundary-pusher Tyler, the Creator will be wowing UCF students and Orlando hip-hop heads at the Addition Arena as part of a tour supporting hot new album Igor. The new record is a sonically adventurous breakup chronicle that is pushing Tyler to greater and more dramatic performance heights – Paper magazine recently raved that he was channeling Mary J. Blige at a Governor's Ball performance – and with Goldlink and Jaden Smith (!) along for the ride, you've got yourself a show.

Photo via Soft Kill / Instagram
In a heartening reversal of the garbage rock & roll myth "live fast, die young," in 2016 Soft Kill frontman Tobias Sinclair stared into an abyss of drug addiction and self-destruction ... and decided he didn't like the view. Now several years sober and steadied by a wife and child, Graves is leading Soft Kill toward the mainstream. Their albums just get better and more assured, and the tours keep getting bigger. Last time through, Soft Kill packed out Will's Pub largely on word of mouth. Check them out this time at Soundbar supporting Bostonian stompers Vein.

Photo via Maluma / Instagram
Pop-reggaeton singer and Latin Grammy nominee Maluma is bringing his big-time North American tour in support of new album 11:11 to the City Beautiful, and it's one of only two Florida shows for this young superstar. In a sure sign of Maluma's rapid rise to the top of the pop firmament, no less than Madonna tapped him to collaborate on two tracks ("Bitch I'm Loca" and "Medellín") on her own new album. Come see the future of pop music. 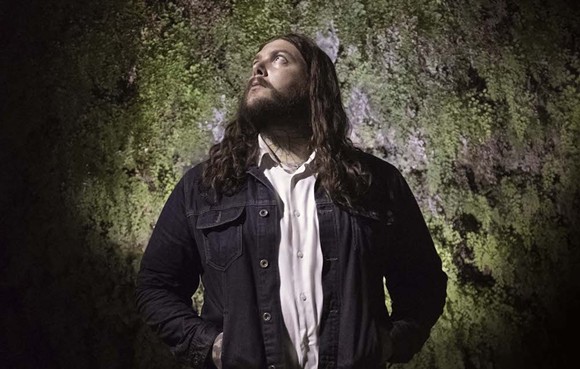 Photo via Amigo the Devil
Danny Kiranos is a Miami native, but his Amigo the Devil project has deep ties to Orlando, as he used to be found playing around town pretty frequently during a stint living here. His 2018 album of acoustic, Americana-gothic folk, Everything Is Fine, became a certified hit, though, and led Kiranos to sold-out shows and international tours. Catch him while you can, because there's no telling when his packed schedule will bring him back around for another sort-of homecoming.

Photo via Alison Krauss
Few artists have commanded the respect of both country classicists and modernists as has Alison Krauss. The singer-songwriter has worked with damn near everyone from Dolly Parton to Robert Plant, and has worked in genres from blues to bluegrass to countrypolitan. This stop at the Dr. Phil sees her fresh off a summer tour with fellow legend Willie Nelson. 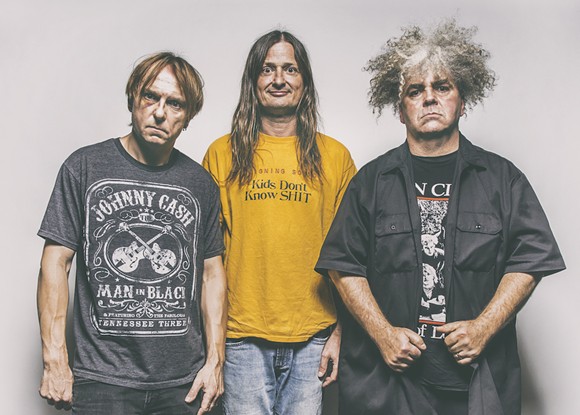 Photo by Chris Casella
Hard-touring sludge godfathers Melvins and glam-punk bratfathers Redd Kross are two of the more uncompromising veterans of the alternative-music pantheon, with a healthy disdain for nostalgia and resting on laurels. The twosome are teaming up for a formidable co-headlining tour and they'll be hitting Melvins' favored haunt, the Social. The two bands will be swapping members back and forth on tour: Kross bassist Steve McDonald will be playing in Melvins, and fearsome Melvins drummer Dale Crover will sit in with Redd Kross nightly.

Photo by Jimmy Hubbard
Pinch us, we must be dreaming! The king of metal has returned! Danish metal legend King Diamond, of Mercyful Fate fame, hit fans with the ol' one-two this year, announcing both a new album, Institute – his first since 2007 – and a North American tour. And hold on to your monocles and fancy dress gowns, the only chance Florida fans have to pay homage is at the Dr. Phil! The King has been road-testing new material and a brand-new stage show on the European festival circuit this summer, so expect to be shocked and awed. We've seen him live before and we assure you, this is worth it. Get your evil on. 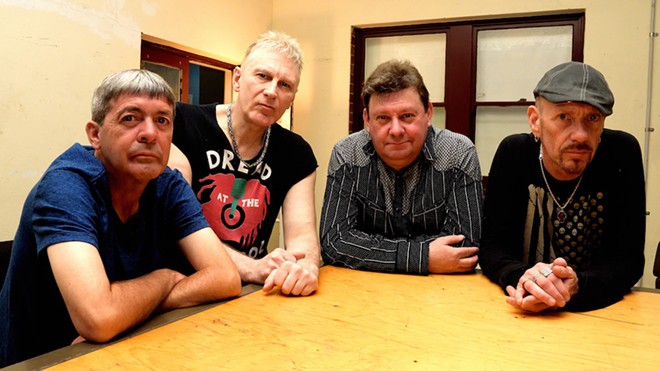 Photo by Still Little Fingers
Pioneering Northern Irish punk outfit Stiff Little Fingers left an indelible impact on the U.K. music landscape. Their debut album, 1979's Inflammable Material, was the first independent album to crack the U.K. Top 20, and they ended up influencing everyone from Green Day to Manu Chao. This will be one for the history books. 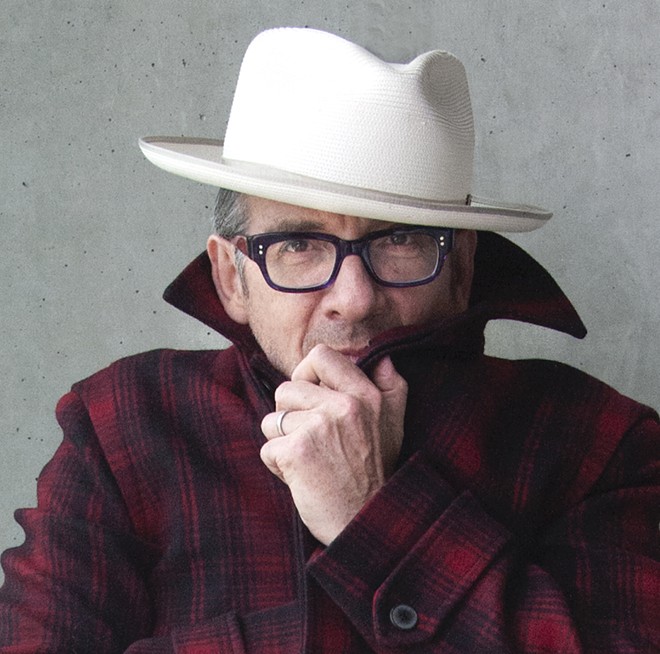 Photo by James O'Mara
There are few musicians touring today in the same class as Elvis Costello, a living legend whose breakthrough 1977 record, My Aim Is True, set the bar for the first wave of new wave. Four decades later, Costello is still pumping it up, watching the detectives and cleaning up the nation. The British punk turned Rock & Roll Hall of Famer and Officer of the Order of the British Empire (basically royalty) will be blessing Orlando with his presence along with his band, the Imposters. Expect an epic performance and loads of nostalgia meets holy-cow-this-music-is-timeless vibes.