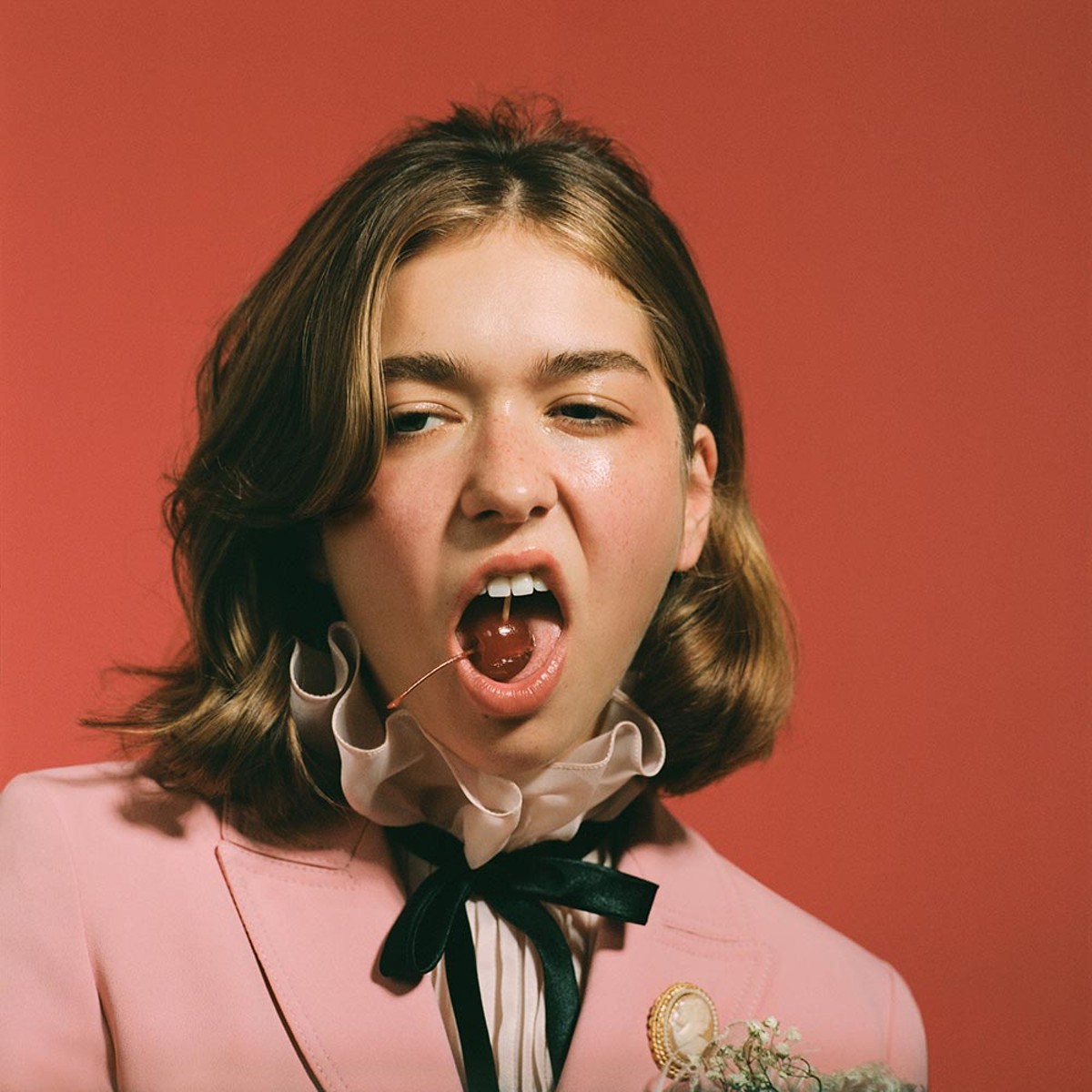 I grew into adulthood with Snail Mail, blasting their early releases over the sound system of the record store I worked at, always eager to hear their latest angst-ridden guitar balladry. Singer and lead Snail Lindsay Jordan's vocals cut through the garage twangs in an honest and bold way; the early mini-album Habit and debut album Lush from 2018 both struck a chord with me — and more than a few other young listeners at that time.

It's somewhat unusual and noteworthy that members of Snail Mail were right about that same age as I was then. When Rolling Stone and Pitchfork took notice of the group, singer and guitarist Jordan was just 19.

And now, years later, I have new Snail Mail sounds to explore in a new stage of my life, and this time they boast a mature pop sound that mirrors the chiseled indietronica transformations of forebears like Metric and Silversun Pickups.

Snail Mail were meant to play in Orlando back in late 2021, but that show — and the entire "Valentine" tour — was canceled. Jordan revealed that she had to undergo emergency vocal cord surgery to remove several polyps. This surgery resulted in a humorously puberty-esque change in Jordan's voice, necessitating adjustments to the vocal range of older songs rife with angsty cries at a higher pitch. Despite all of these changes — all during the aftermath of a global pandemic — Jordan grew accustomed to singing again, delivering the emotion of earlier songs in a new way by following her instincts.

Snail Mail are currently on their rescheduled headlining tour (Orlando date thankfully intact) with L.A.'s mathy alt-rockers Momma and Minneapolis shoegazey outfit Hotline TNT, whom you might remember from the Ceremony show at Henao earlier this month — or as a last-minute headliner at Stardust Video in November 2021. And post-surgery, the City Beautiful has gone from Snail Mail famine to feast with another show looming, supporting Turnstile in October.

In an interview late last year with the website Vulture, Jordan explained yet maintained the veil of mystery behind songs that are everything you ever wanted to scream from the teen underbelly of your evolved personality and acknowledged higher self — just written by a classical music student and Paramore fanatic. It's pretty much what you'd assume any great songwriter would say: When the pieces come together just right, she can feel intuitively that the song is in its final form.

For Jordan, having more creative control over the songs as a producer on Valentine is a firm foot down in terms of keeping that artistic instinct intact: "I don't trust anybody else to have the same instincts," said Jordan. Some songs came easier than others, and this speaks to the parade of new genres explored on the album.

Valentine's "Headlock" and "Light Blue" carry melodic nods to earlier work, particularly from 2018's Lush. In "Mia," Jordan sings, "I gotta grow up now, I can't keep holding on to you anymore, Mia I'm still yours." Do these lyrics at all relate to Jordan's current view of her past songs? Snail Mail's oldies completely capture her teen years, and Jordan (and thus Snail Mail as a whole) grew over time, as a person and an artist.

Funny, too, how Jordan wrote the kind of optimistic and dramatic lyrics that she later deemed childish things ready to be put away. The synths in Valentine's poppier numbers echo the influence of Bon Iver albums like i,i and 22, A Million. (Coincidentally, Valentine co-producer Brad Cook produced these Bon Iver records.) Jordan's vocals on Valentine are a bit more fine-tuned, reminiscent of Emily Haines' vocals on newer Metric albums. We're getting less of the raw juvenile anguish and more polished, though still left-field, pop.

"I went from being a teenage indie rocker to a young-adult indie rocker," said Jordan to Vulture, attempting to sum up growing up as an artist in public, "and that's kind of weird." Get weird — and wistful — with Jordan and a few of her musical friends on Tuesday.