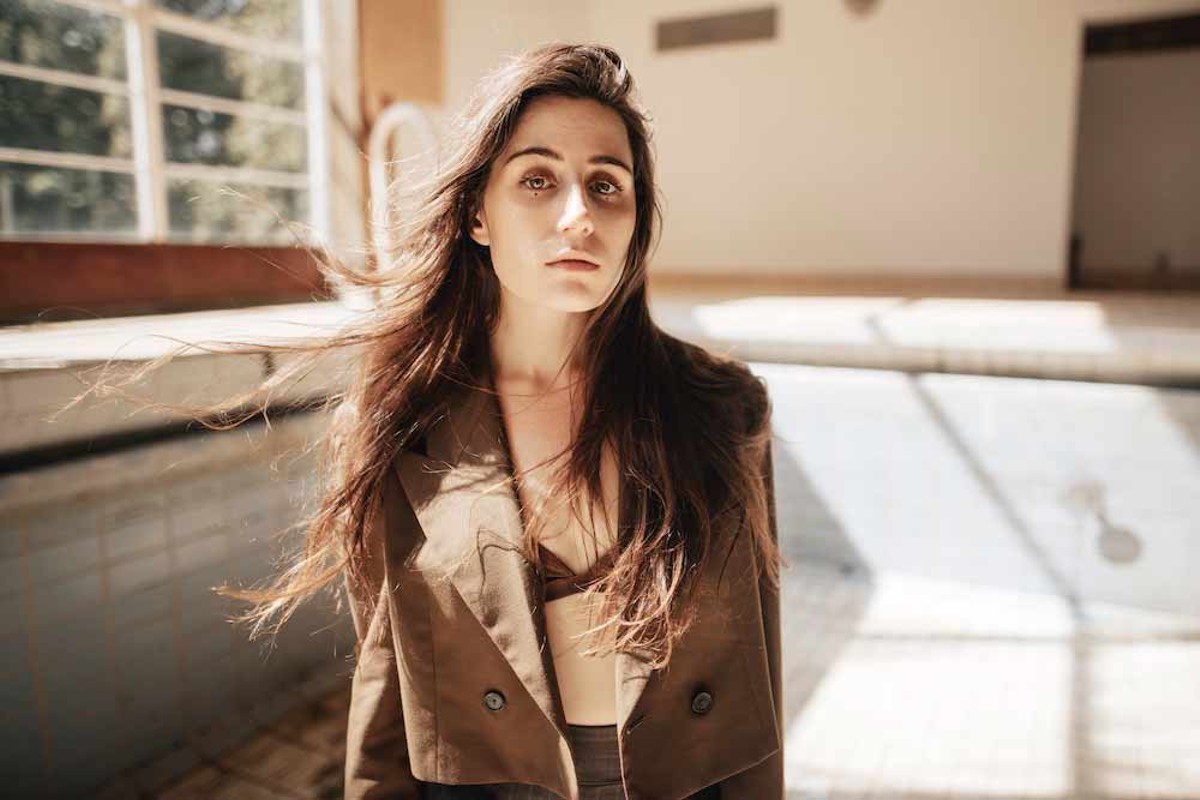 There are many Dodies in this world. Dodie Kazanjian is a journalist who runs the Gallery Met, attached to the Metropolitan Opera in New York. Dodie Stevens had a hit with "Pink Shoe Laces" in 1959. Dodie Douglas was a fictional character on My Three Sons. Dodie Horton is a conservative state representative in Bossier Parish, Louisiana. Dodie McGuiness is a leader of Sinn Fein.

There are many Dodies, but this is our preferred Dodie of the moment, and there is only one like her. Dorothy Miranda "Dodie" Clark turns 27 next month, and she'll be spending her birthday in the middle of the biggest year of her career. Dodie's been releasing music since 2016, but her debut album, Build a Problem, was released in May of last year. It rose as high as No. 3 on the U.K. pop charts, and climbed to the No. 4 slot on the U.S. folk charts. She's peaked at No. 115 on the Billboard charts in America, but that number is likely to rise a bit, now that the Essex native is back touring this country.

She has frequently collaborated with fellow singer-songwriters like Jacob Collier, Tessa Violet (whom we've written about before), Julie Nunes and the exceptionally talented Orla Gartland, who is actually joining her on part of the tour. (Gartland's work comes with the fullest endorsement we can possibly offer, Liz Cooper-level loveliness.) You can see them singing backup in each other's videos, such as Gartland's sublime "Zombie" or Nunes' heart-stopping version of Ariana Grande's "God Is a Woman."

This leg of the Build a Problem tour encompasses some 31 shows in just 42 days, taking Dodie from coast to coast, north to south. At press time, she's just finished a week's run that hit Chicago, Philly, Boston and Brooklyn. Dodie plays the Plaza Live this Saturday, and that show sold out far in advance, as did her upcoming shows in Seattle and L.A. In between, she'll bring her sound to industry hotbeds like Austin, Portland, Seattle and Vancouver, before going on a run of 23 shows across Europe. She will, of course, be vlogging every step of the way.

Opening for Dodie on most of these dates is her friend Lizzy McAlpine, a Berklee grad from Philly whose third album, Five Seconds Flat, will be released on April 8. By that time, audiences will be already prepped for it, after this run with Dodie. One would expect to see them both active on the festival circuit this summer.

Dodie has been making music for nearly a decade, but she's probably best-known for her YouTube channels, which have over 3 million total subscribers. A lot of the content relates to music, but just as much relates to her interior life, her habits and rituals, loves and lovers, good days and bad. To call her style "painfully earnest" would venture into cliché, so instead let's think of it more as a sort of hyper-transparency. Her online content is characterized by an almost aggressive amiability. It's one thing to be an open book, but it's another to lead the audience through the actual printing process. Fans get to see her material as it comes together, piece by piece, which only enhances the experience of fandom.

In addition to Build a Problem, Dodie also has about 19 earlier tracks available across her three previous EPs: Intertwined (2016), You (2017) and Human (2019). As much fun as she's always been, it's also been clear that Dodie was a work in progress. This pandemic era has been when all the pieces really came together, like Voltron. In these times of crisis, Dodie Clark is the hero that we need.

We sent Dodie some questions via email in preparation for the article, but with Dodie’s busy schedule, she was unable to get back to us before we went to press. Having touched base since, we figured it would be nice to have Dodie’s own words here, to further elucidate some of the points made previously.

Have you performed in Florida before?
Not officially! I used to go to a YouTube convention here [Playlist Live, in 2017 and 2018] and set up a little hotel lobby gig. This is a little different! I’m so excited to be back, but with the whole shebang.

This is your biggest American tour to date. How long have you been planning for this?
Well, I suppose since the whole album started! I’ve always kept in mind how to craft these songs for a show, as touring is such a large part of my music. It was definitely a little difficult — I wanted to keep some of the theatrics, but still be as present and as personable as I know I love to be. I think it’s perfect — but it certainly took at least a year of planning and practicing and drafting with my team! Specifically, Joe Rubel, my producer partner of the album; Pete Daynes, my musical director, and Ashely Neal and Greta Isaac — Ash being my fantastic lighting director, and Gret bringing even more creative ideas.

How much of your current business activity is music now, as opposed to YouTube, and have those proportions changed over the last couple of years?
The two are very much linked! YouTube has always been a wonderful platform for me to place not only my music, but snippets of life and feelings which bond so nicely with music, specifically. I’m currently trying a video project where I write a song every month and share it alongside a vlog of my experiences too - it’s so fun. I’ve missed creating like this!

What’s the best tea you’ve had in America so far?
Honestly most hot tea in America isn’t great but — ironically you can ask for a London Fog over here, which is a DELICIOUS Earl Grey tea latte. Yum.

Will you have time to check out the shops, or restaurants, or theme parks in the Orlando area while you’re in town? If so, what are you looking forward to, in particular?
I just checked my schedule — luckily have one day off in Fort Lauderdale! So I think it might be a rest day after three shows in a row! I never plan to go anywhere specifically, because tour is so busy and chaotic. So! We will see what I find!

What’s it been like to work with people like Tessa Violet, Orla Gartland and Julia Nunes?
It’s always amazing! I’m so lucky to have these guys as friends, and then add an extra element in of crafting music together. Just so fun.

Do the group of you share a sense of pride in the way you’ve all helped elevate each other’s game?
I’m not sure if I’ve ever thought about that, you know. But now that it’s mentioned, I guess so! It always feels good to make stuff together, and to feel excited for someone else’s work.

Would you ever consider doing any acting work?
Ha!!! Sometimes I think I’d love to! Other times I think I’d be terrible at it! I think acting in my own music videos is enough for me — that way I can connect to the character a little more. Because she’s a hyperbolic fragment of me!

Of all the venues you have coming up, which one are you most looking forward to playing at?
Honestly, playing the Kings Theatre in NYC was amazing. And every venue has a perk! If it’s smaller and more intimate, then I feel closer, and the vibes are exciting. If it’s bigger, then it’s grand and dramatic, and I can lean in to the performance a little more.