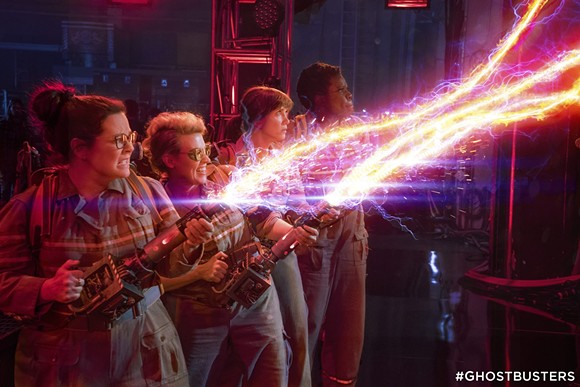 Image via Ghostbusters Facebook
The theme song to the Ghostbusters reboot has been released to the slavering hordes of the internet. And it's a collaboration between Fall Out Boy and Missy Elliott that sounds almost like nu-metal.

Local film impresario Joshua David Martin (of Uncomfortable Brunch, More Q Than A) was heard to remark, "Let's just say that it was not fun." (He's holding out hope for the movie though. Listen below.