Blink-182's reunion tour is playing one date in Central Florida, and it's just down the road in Tampa 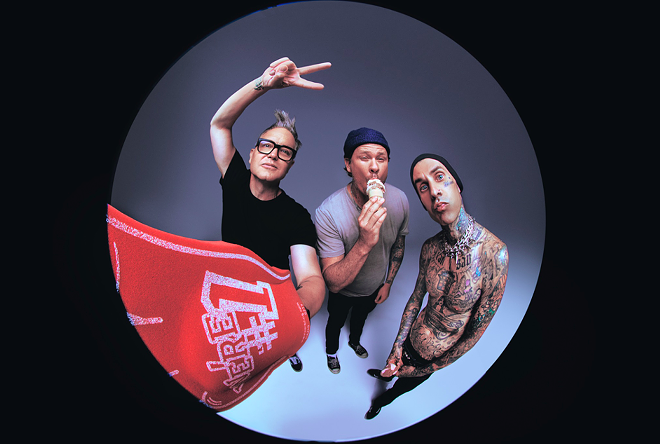 It's been over two decades since Blink-182 brought dick jokes to MTV's "Total Request Live." Now the boys are back together, and headed out on a tour that stops in Tampa next summer.

Tickets to see Blink-182 play Amalie Arena in Tampa, Florida on Monday, July 10 at 7:30 p.m. go on sale Monday, Oct. 17, and start at $25.75. Turnstile—which headlines an Orlando show on Thursday—opens the show. The only other Florida date is on July 11 in Ft. Lauderdale.

The stop is the first Tampa Bay show from Blink-182 since a 2019 gig with Lil Wayne.
It's been 10 years since members of Blink-182—Mark Hoppus, Tom DeLonge and Travis Barker—have been in the studio together, but this tour also comes with a new single, "Edging," set to arrive on Oct. 14. 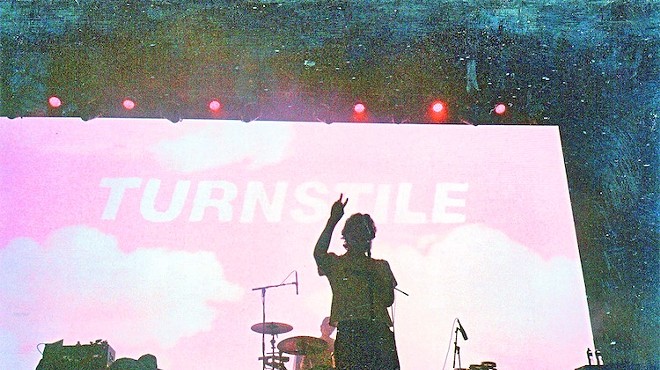 It's 'Glow' time when Turnstile play Orlando on Thursday


These days Hoppus is just grateful to be alive after a cancer diagnosis, with Barker also loving life after unwilling dodging death a couple of times. DeLonge, for his part, is now the only pop-punker to believe when it comes to alien existence.